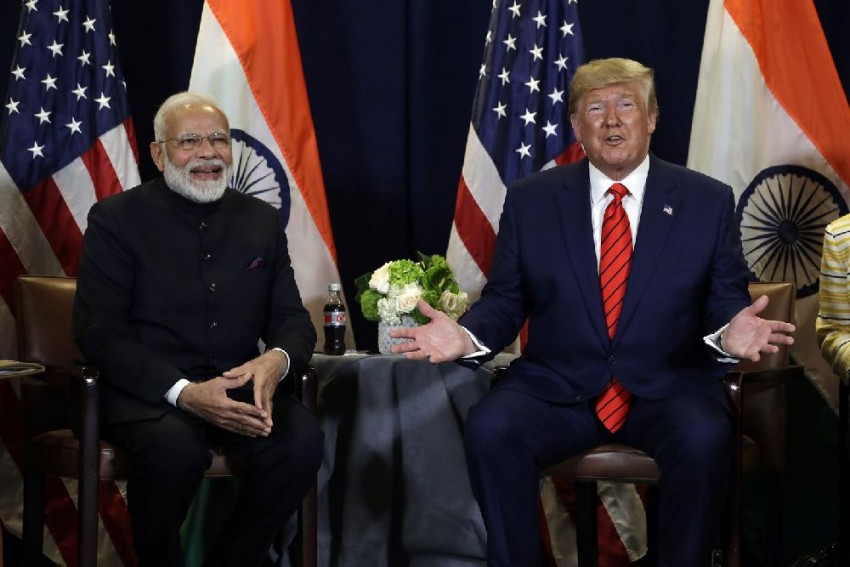 US President Donald Trump has said there would be retaliation if India did not allow the export of Hydroxychloroquine tablets, used to treat Coronavirus, to the United States despite a request made to New Delhi over the subject.

Last week Trump said that he has sought help from Prime Minister Narendra Modi to allow the sale of Hydroxychloroquine tablets ordered by the US to treat the growing number of coronavirus patients in his country, hours after India banned the export of the anti-malarial drug.

“I would be surprised if he would, you know, because India does very well with the United States,” Trump told reporters during a press briefing at the White House on Monday.

Rumours Of Panaceas For COVID-19 Abound, But Some Might Do More Harm Than Good

Hydroxychloroquine tablet is used to prevent and treat malaria, lupus and rheumatoid arthritis, among other ailments.

The drug is seen as to offer a viable therapeutic solution to coronavirus that has so far taken the lives of more than 10,000 Americans and infected over 3.6 lakhs, just in a matter of weeks.

India has received similar requests from several other countries including its immediate neighbours like Sri Lanka and Nepal. India has said that it is reviewing its export ban order.

Notably, India's decision to ban the exports of Hydroxychloroquine is driven by its desire to take stock of the domestic requirements and ensure that the country has enough in its kitty.

Reiterating that for many years, India has been taking advantage of the US on trade, Trump said that he would be surprised if New Delhi was to stop the export of Hydroxychloroquine to the US.

Also Read: Damage Caused By Coronavirus Not Limited To Our Bodies, For Panic Is Far More Dangerous

“So, I would be surprised if that were his decision. He'd have to tell me that. I spoke to him Sunday morning, called him, and I said we'd appreciate your allowing our supply to come out. If he doesn't allow it to come out, that would be okay, but, of course, there may be retaliation. Why wouldn't there be?” Trump said.

On Monday, a senior State Department official said that India has been a significant partner of the US in the pharmaceutical sector and it expects similar cooperation to continue between the economies.

“India has long been a significant partner of the United States and the pharmaceutical sector,” Alice G Wells, the Acting Assistant Secretary of State for South and Central Asia, told reporters during a press briefing.

The Trump administration has already created a national strategic stockpile of 29 million doses of the malaria drug, anticipating that its test results on more than 1,500 COVID-19 patients in New York are yielding positive results.

Scientists have begun testing Hydroxychloroquine and chloroquine as candidates for potential COVID-19 treatments and the FDA last week issued an Emergency Use Authorization for the prescription of the drugs in certain circumstances.

In addition to New York, COVID-19 patients in several States are being treated with Hydroxychloroquine, including Michigan and Texas.