Donald Trump’s tweets are likely to inspire others to replicate the violent acts that took place on January 6 at the Capitol building, says Twitter 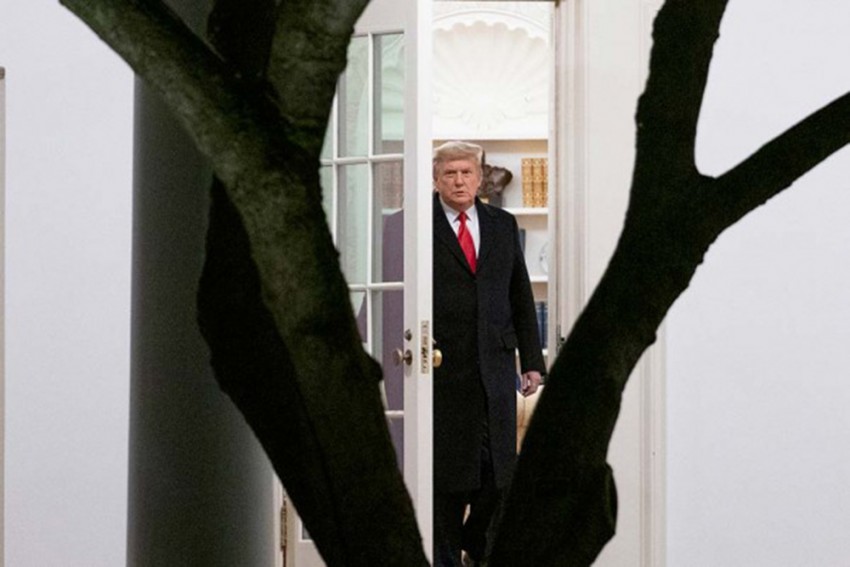 US President Donald Trump walks out of the Oval Office to board Marine One on the South Lawn of the White House in Washington, for a short trip to Andrews Air Force Base, Md., and then on to Dalton, Ga. for a rally.
AP/PTI
PTI 2021-01-09T07:57:51+05:30 Citing Risk Of Further Violence, Twitter Permanently Suspends Trump’s Account 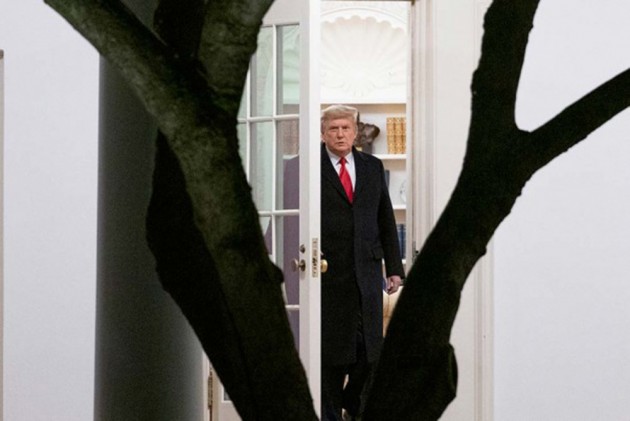 Citing "risk of further incitement of violence", microblogging site Twitter on Saturday announced that it has permanently suspended the account of US President Donald Trump.

Late on Friday, the outgoing US President condemned the recent violence at the US Capitol building, when thousands of Trump supporters clashed with security, resulting in the death of five people. In a video message Trump condemned the attack.

“Like all Americans, I am outraged by the violence, lawlessness and mayhem. I immediately deployed the national guard and federal law enforcement to secure the building and expel the intruders,” Trump said through a video message.

However, the unprecedented move by the California-based social media platform comes after Trump tweeted that he would not attend the inauguration of his successor Joe Biden on January 20.

"After close review of recent Tweets from the @realDonaldTrump account and the context around them — specifically how they are being received and interpreted on and off Twitter — we have permanently suspended the account due to the risk of further incitement of violence," Twitter said in a statement on Friday.

At the time of permanent suspension, Trump had 88.7 million followers and followed 51 people.

"In the context of horrific events this week, we made it clear on Wednesday that additional violations of the Twitter Rules would potentially result in this very course of action," it said. "Our public interest framework exists to enable the public to hear from elected officials and world leaders directly. It is built on a principle that the people have a right to hold power to account in the open,” Twitter noted.

"However, we made it clear going back years that these accounts are not above our rules entirely and cannot use Twitter to incite violence, among other things. We will continue to be transparent around our policies and their enforcement,” it said.

Thousands of Trump's supporters had stormed the Capitol building on Wednesday in an unprecedented assault and clashed with police, resulting in five deaths and interrupting a constitutional process by Congress to affirm the victory of President-elect Joe Biden and Vice President-elect Kamala Harris in the November 3 election.

"The 75,000,000 great American Patriots who voted for me, AMERICA FIRST, and MAKE AMERICA GREAT AGAIN, will have a GIANT VOICE long into the future. They will not be disrespected or treated unfairly in any way, shape or form!!!"

Shortly thereafter, the president tweeted: "To all of those who have asked, I will not be going to the Inauguration on January 20th."

In its statement, Twitter said these two tweets must be read in the context of broader events in the country and the ways in which Trump's statements could be mobilised by different audiences to incite violence, as well as in the context of the pattern of behaviour from this account in recent weeks.

Twitter said that its determination is based on a number of factors, including Trump's statement that he would not be attending the inauguration is being received by a number of his supporters as further confirmation that the election was not legitimate.

The tweet may also serve as encouragement to those potentially considering violent acts that the inauguration would be a "safe" target as he will not be attending.

The use of the words "American Patriots" to describe some of his supporters is also being interpreted as support for those committing violent acts at the US Capitol," it said.

According to the company, the tweet is being interpreted as further indication that Trump does not plan to facilitate an "orderly transition" and instead that he plans to continue to support, empower, and shield those who believe he won the election.

Plans for future armed protests have already begun proliferating on and off-Twitter, including a proposed secondary attack on the US Capitol and state capitol buildings on January 17, it said.

"As such, our determination is that the two Tweets above are likely to inspire others to replicate the violent acts that took place on January 6, 2021, and that there are multiple indicators that they are being received and understood as encouragement to do so," Twitter said.