'China has reported only 82,000 coronavirus cases & 3300 deaths in a nation of 1.5 billion people. This is clearly not accurate,' Haley, the former US Ambassador to the United Nations, said. 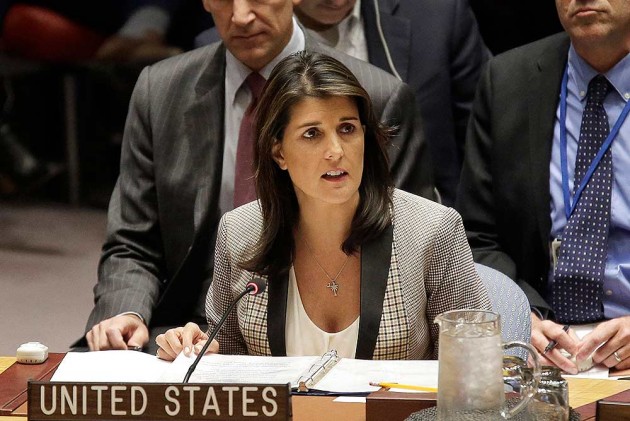 Indian-American politician Nikki Haley has cast doubt on the accuracy of China's official coronavirus figures, terming them "clearly not accurate", amidst reports that the CIA has advised the White House not to trust the data being provided by Beijing. President Donald Trump also told reporters on Wednesday that he did not believe the figures given by China.

"Their numbers seem to be a little bit on the light side," Trump said at a press conference.

"China has reported only 82,000 coronavirus cases & 3300 deaths in a nation of 1.5 billion people. This is clearly not accurate," Haley, the former US Ambassador to the United Nations, said in a tweet on Thursday.

As compared to China, the number of confirmed coronavirus infections in the US on Thursday jumped to 240,000 and the fatalities rose to 5800.

"China cares more about its reputation than helping the rest of the world defeat a virus that was started in their country," Haley said, amidst news reports that the CIA is doing an independent assessment of COVID-19 figures in China and has advised the White House not to believe the numbers being provided by Beijing.

"CIA hunts for authentic virus totals in China, dismissing government tallies," said The New York Times headline of a report on this issue.

"Obtaining a more accurate count of the Chinese rate of infection and deaths from the virus has worldwide public health implications at a time of grave uncertainty over the virus, its speed of transmission and other fundamental questions," the report said.

"For American officials, the totals are critical to getting a better understanding of how Covid-19 will affect the United States in the months to come and of the effectiveness of countermeasures like social distancing, according to American intelligence agencies and White House officials," the daily reported.

According to China's National Health Commission (NHC), a total of 81,589 confirmed cases of the COVID-19 were reported on the mainland, and 3,318 people had died of the disease as of Wednesday.

US National Security Advisor Robert O'Brien told reporters on Wednesday that there was no way to confirm the Chinese figures.

"There's lots of public reporting on whether the numbers are too low. You've got access to those reports that are coming out of the Chinese social media and some of the few reporters that are left in China. We just have no way to confirm any of those numbers," O'Brien said.

A total of 1,002,159 COVID-19 cases have been reported across more than 175 countries and territories with51,485 deaths reported so far, according to Johns Hopkins University data.