Charles Michel's resignation comes two days after demonstrations against the UN migration pact in central Brussels descended into scuffles, with police forced to use tear gas and water cannon to restore order. 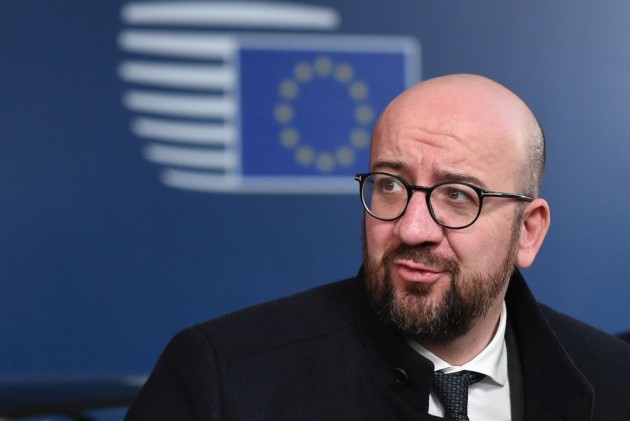 Less than two weeks after the Belgian Prime Minister's main coalition partner quit in a row over migration,  Charles Michel too has announced his resignation, leaving him leading a minority government.

Michel, who took office in 2014, lost the backing of the New Flemish Alliance (N-VA) over his support for the UN migration pact, a cause celebre for European anti-immigration parties.

His decision to quit on Tuesday comes two days after demonstrations against the pact in central Brussels descended into scuffles, with police forced to use tear gas and water cannon to restore order.

After a debate in parliament where opposition parties refused to lend their support to keep his government working until legislative elections in May next year, Michel announced he would quit.

"I have taken the decision to submit my resignation and it is my intention to go to see the king immediately," Michel said, jumping before lawmakers could push him with a motion of no confidence.

Afterwards, King Philippe received Michel but will hold consultations before deciding whether to accept his resignation, the palace said in a statement.

Agriculture Minister Denis Ducarne of Michel's liberal MR party criticised left-wing and green parties for risking "paralysis and crisis for our country" instead of cooperating.

The Liberal premier has steadfastly defended the Marrakesh migration pact, saying it presented an "opportunity for better European and international cooperation." The non-binding UN accord, which would promote a common global approach to migrant flows, was initially supported by all four parties in Belgium's coalition.

But the N-VA changed its mind in late October and pulled out of the coalition the day before Michel flew to Morocco to sign the deal.

Belgium has a history of division between wealthier Dutch-speaking Flanders in the north and the run-down French-speaking former industrial heartland of Wallonia in the south.

This has contributed to political instability, and Belgium holds the modern European record for going the longest time without a government, a whopping 541 days in 2010-2011.

But Michel had so far held together with a delicate four-way coalition involving liberals, Flemish Christian Democrats and the nationalist N-VA, which eventually wants a separate homeland in Flanders.