At Least Ten Killed As Kabul Hit By Three Bombings

At least 41 people were also wounded in the attacks in the capital, said Wahidullah Mayar, a spokesman for country's health ministry. 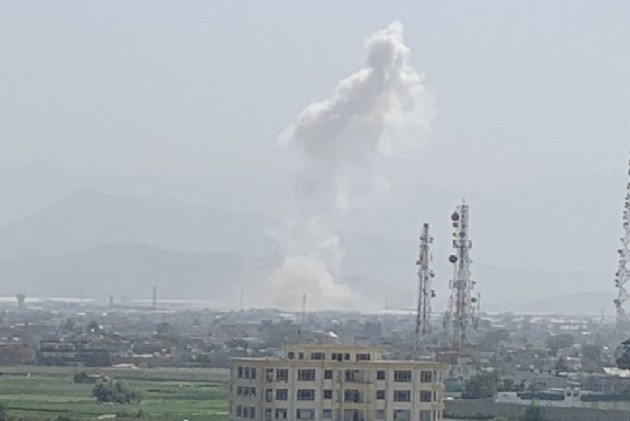 The morning's first attack in Kabul was carried out by a suicide bomber on a motorcycle who blew himself up in front of a bus carrying Ministry of Mines employees, said Nasrat Rahim, a spokesman for the Interior Ministry.

A suicide car bomb then struck in the capital's east, according to police officer Abdul Rahman, who said the bomber targeted international coalition forces.

The coalition told The Associated Press that its forces were not involved in the Kabul explosions.

The third blast was a smaller magnetic explosive device left near the scene of the bus attack, which caused no deaths, the Interior Ministry spokesman said.

At least 41 people were also wounded in the attacks in the capital, said Wahidullah Mayar, a spokesman for country's health ministry.

The Taliban claimed responsibility for the attacks. The insurgents control around half the country and have continued to launch daily assaults, mainly targeting security forces, even while holding negotiations with the United States aimed at ending the 18-year war.

Separately, in the eastern Nangarhar province, a roadside bomb killed seven people and wounded four others who were traveling in a vehicle, said Ataullah Khogyani, a spokesman for the provincial governor.

Among the dead were six women and one child, Khogyani said, adding that they were on their way to attend a wedding party.