The Chief of Army Staff is on a two-day visit on the second leg of his two-nation tour of the UK and Italy. 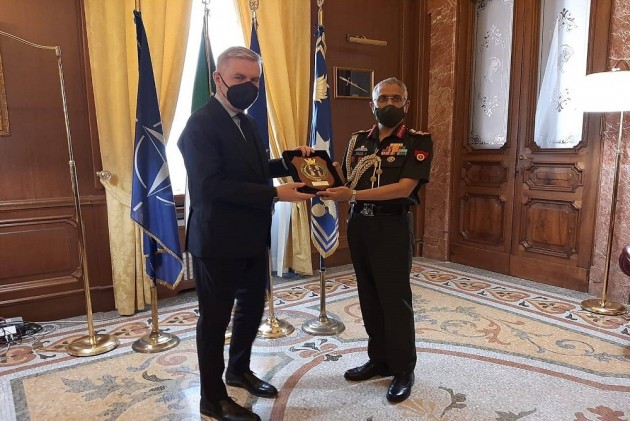 The Chief of Army Staff is on a two-day visit on the second leg of his two-nation tour of the UK and Italy. He arrived in Rome on Wednesday

Officials said they exchanged views on strengthening defence cooperation between the two countries.

The Chief of Army Staff is also scheduled to inaugurate an Indian Army memorial in the Italian town of Cassino.

The memorial has been built to pay homage to Indian soldiers who lost their lives during World War II.

The two prime ministers had underscored the need to further expand defence engagement through greater two-way collaboration and technology cooperation, including co-development and co-production of military hardware.

Italy has been a source of procurement of military hardware and platforms by  India's armed forces.

The exercise on July 4 and 5 covered a wide range of naval operations, including air defence procedures, replenishment at sea, communication drills and cross deck helo operations by day and night, an Indian Navy spokesperson said.

Defence and military ties between the two countries have witnessed steady expansion.