World Cup Football Kicks Off In Russia With A Spectacular Show 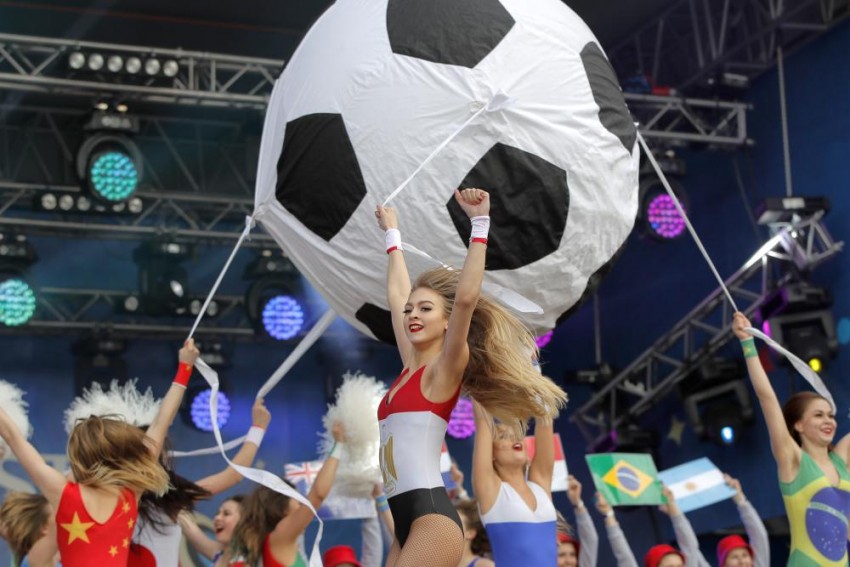 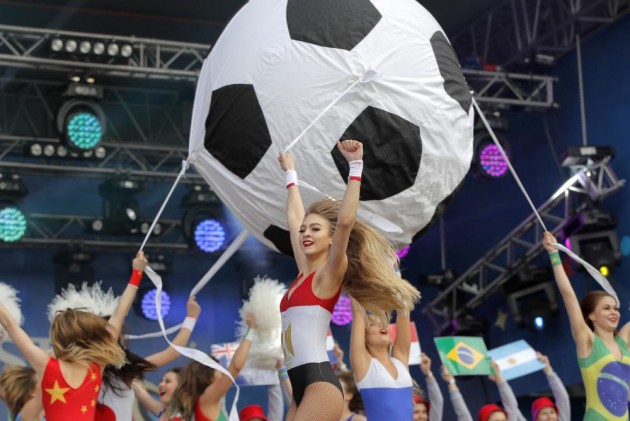 The World Cup kicked off in Russia with a spectacular opening ceremony on Thursday.

In the inaugural match, the host nation took on Saudi Arabia in front of 80,000 people in Moscow after President Vladimir Putin officially declared the tournament open.

Russia is spending more than $13 billion (11 billion euros) on hosting football's showpiece, the most important event in the country since the 1980 Moscow Summer Olympics.

Minutes before the game started in the Luzhniki Stadium in Moscow, Putin said: "I congratulate all of you at the start of the most important championship in the world." The buildup has been dogged by controversy and diplomatic scandals and has shone a light on the challenges facing Putin's Russia.

On the day of the curtainraiser, Russia freed the main opposition figure to Putin, Alexei Navalny, from jail after he served a 30-day sentence for organising an illegal protest.

Excitement has been steadily building in Moscow, with thousands of Saudi fans in green and white arriving in the city for the match.

British pop star Robbie Williams performed at the opening ceremony at the Luzhniki, which will also host the final on July 15.

The World Cup favourites enter the fray this weekend.

Brazil and their superstar Neymar are seeking a sixth global crown while Germany, who won their fourth World Cup in Brazil four years ago, will be determined to draw level with the Brazilians.

France boast possibly the most talented squad while Lionel Messi is desperate to make amends for Argentina's defeat in the 2014 final.

The money lavished on the tournament will boost Putin's already sky-high prestige at home by giving many of the 11 host cities their first facelifts in generations.

Cities such as Saransk were sleepy outposts with decaying buildings until the World Cup reconstruction put them firmly in the 21st century.

The tournament also offers Putin a chance to project Russia as a global player that is accepted and respected even while being at odds with the United States.

He is attempting to do so despite Russia being hit by international sanctions following its invasion of Ukraine's Crimea in 2014.

Moscow's military backing of Bashar al-Assad's regime in Syria and alleged meddling in the 2016 US election on President Donald Trump's behalf only deepened its worst rift with the West since the Cold War.

Putin hopes the most-watched event on the planet provides Russia with the "soft power" needed to capture a sceptical world's hearts and minds.

Russian authorities have gone to great lengths to ensure nothing spoils the country's image.

The bloody beating English fans took from nearly 200 Russian thugs at Euro 2016 in France has influenced preparations as much as any diplomatic dispute.

Neo-Nazi hooligans who organise mass fights in forests and chant racist slurs at players have been a feature of Russian stadiums for years.

The anti-discrimination network Fare said Russia's football federation was making matters worse by punishing those who reacted to racist abuse "while ignoring the perpetrators".

Security services have either locked up or restricted the movement of hundreds to make sure they do nothing to tarnish Russia's image.

The preparations of 2010 winners Spain are in tatters after coach Julen Lopetegui was sacked just two days before their opening game on Friday against Portugal. He had angered his federation by taking the job of Real Madrid manager.

Neymar, the world's most expensive player, has recovered from a broken bone in his foot in time.

Egypt's coach said prolific striker Mohamed Salah is "almost 100 percent" to play in their opening match against Uruguay on Friday after having intensive treatment on the shoulder injury he suffered playing for Liverpool against Real Madrid in the Champions League final.