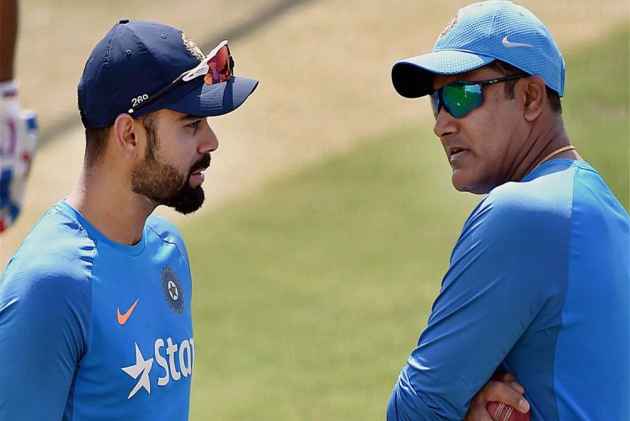 Joining the fans, former and current Indian players such as Sachin Tendukar, Virender Sehwag, Rohit Sharma and Suresh Raina took to Twitter to wish “Jumbo” on his 47th birthday.

Wish you a very happy birthday, Kumbels! You have been an inspiration for generations together and will continue to be one. pic.twitter.com/3vqMpqhu6E

Wishing one of India's greatest match winners , @anilkumble1074 a very happy birthday. May you have a great day and year ahead. pic.twitter.com/JBCvgOeIBk However, many cricket fans are disappointed that Indian captain Virat Kohli is yet to wish the cricket legend, who had resigned from the post of head coach after an acrimonious fallout with the latter.

Here is what the fans had to say:

Interestingly, Kohli last tweeted a picture featuring singer Arijit Singh barely five hours back, saying "Pure fanboy moment for me. What an amazing person he is. No one has captivated me with their voice like this man. God bless you Arijit."

It's, however, not yet confirmed whether Kohli wished Kumble over phone or other medium.

Meanwhile, the The Board of Control for Cricket (BCCI) hastily deleted a birthday message for Kumble after fans took offence at the legendary spinner being described simply as a “former bowler”.

Fans of Kumble were angered, saying the board was playing down the achievements of India’s greatest bowler.

The BCCI then tweeted another message calling him “former captain” and “legend”, but the damage was done.