He said Taj Mahal is a "part and parcel" of India and the entire controversy over historical monument has exposed the "real face" of Bharatiya Janta Party (BJP). 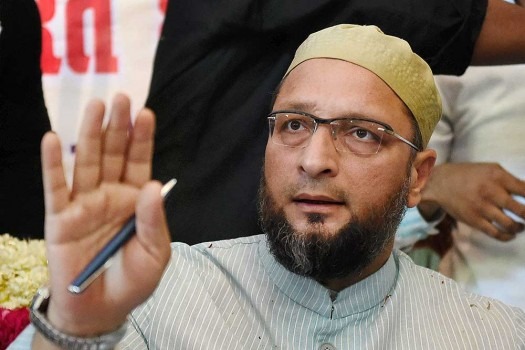 BJP's leader Sangeet Som on Sunday stoked a controversy by saying that the Taj Mahal, also built by Shahjahan, is a blot on the Indian culture. Shahjahan was the third son of Emperor Jahangir and Rajput princess from Marwar Manmati.

While addressing a gathering, Som said, "Many people were disappointed that the Taj Mahal was removed from the Uttar Pradesh tourism booklet. What history are we talking about? The creator of Taj Mahal (Shahjehan) imprisoned his father. He wanted to wipe out Hindus. If these people are part of our history, then it is very sad and we will change this history."

It was earlier reported that the Taj Mahal, which is one of the Seven Wonders of the World, was not mentioned in a new booklet released by the Yogi Adityanath-led state government.

In fact, Mughal emperor Shah Jahan, who built the Taj Mahal in memory of his wife Mumtaz Mahal, was the one imprisoned till the end of his days by his son Aurangzeb.

The MLA from Sardhana also termed Mughal emperors Babur, Akbar and Aurangzeb "traitors" and said their names would be removed from the pages of history.

The All India Majlis-e-Ittehadul Muslimeen (AIMIM) chief also said Hyderabad House in Delhi, the venue for the Centre hosting foreign dignitaries, was built by "traitor".

"Even Hyderabad House in Delhi was built by "Traitor" will Modi stop hosting Foreign Dignitaries?" he asked.

Hyderabad House was built by Osman Ali Khan, the last Nizam, on a land offered by the British.

Addressing a gathering yesterday at Sisoli village in Uttar Pradesh after inaugurating a statue of 8th century king Anangpal Singh Tomar, Som had also said invaders of India have been glorified in history.