Why Netanyahu Is No Angela Merkel

If there's a politician who is the exact opposite of Merkel, it would be Netanyahu. Merkel is a moral heroine, Netanyahu is a moral coward 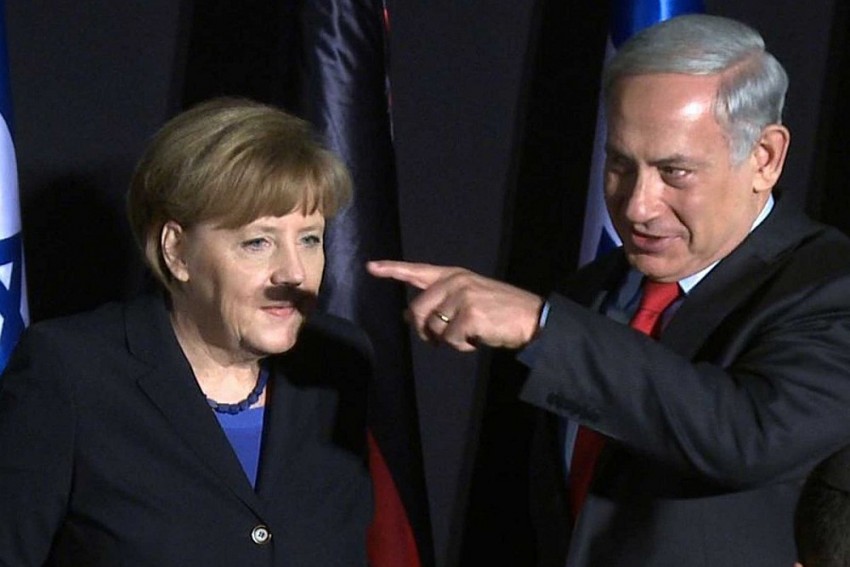 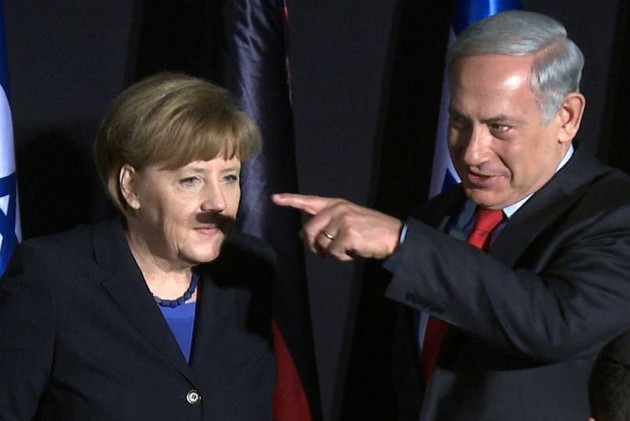 I AM not the envious type, but I envy the Germans.

I envy them for Angela Merkel.

Merkel did something that was completely opposed to her political interests. She opened the gates of Germany to almost a million refugees, mostly Muslims, many from war-torn, bleeding Syria.

No people, not even a people of Angels or Angelas, can absorb a million foreigners without some misgivings. Yet Merkel had the moral and political courage to take the risk.

Now she is suffering the consequences.

IN THE state of Mecklenburg-Vorpommern, one of the components of the German Federal Republic and Merkel's own home state, she has been delivered a shattering blow. In the state-wide elections, her party slid to third place, after the Social-Democrats and the far-right. A devastating defeat, which could mean that Merkel will lose power at the next nation-wide elections.

The chancelloress (my computer insists that such a word does not exist in English) is not a stupid person. She knew that she and her party may pay a high price for her decision about the refugees. She did it anyway.

True, she might have had mundane reasons, too. The Germans are an aging people. No religion tells them to produce more children than they do. Germany needs more workers. It also needs more tax-payers, so the state can pay the generous pensions to its old people.

But even so, no normal politician in his (or her) right mind would have let in such a vast wave of human misery, and no other politician in Europe did. To do so, one needs a very high standard of moral conviction. Among politicians, a breed not known for high moral standards, that is very rare indeed.

As the Germans say, Alle Achtung. All respect to her.

MANY YEARS ago I read a remarkable sentence on the Wailing Wall in Cologne.

Near the entrance to the Kölner Dom, the magnificent Cathedral of Cologne, there was a large billboard. People were invited to write out their thoughts and complaints on pieces of paper provided by the city and stick them there. One of the notices read: "We wanted to bring in workers, and found out that we had brought in human beings!"

This is happening now in Germany, as well as in other European countries, which let in far smaller numbers of immigrants.

Germany has no tradition of great ruling women, like Elisabeth I of England, Maria Theresa of Austria and Katherine the Great of Russia (who was a German).

Angela Merkel, the daughter of a Christian Pastor, strikes me as a courageous, moral, obstinate woman. If I were wearing a hat — no secular Israeli does — I would take it off to her.

BUT THIS sign of appreciation is counter-balanced by the disgust I feel for the party that beat her in the Pomeranian election.

The "Alternative for Germany", that reached second place in the state, is exactly the kind of party I detest in every country. A far-right, populist, demagogic outfit.

I was born in Germany, exactly 93 years ago today, when a ridiculous demagogue tried to stage a Putsch in Munich. It was suppressed by the local police and army. The people who followed Adolf Hitler then were of the same kind as the Pomeranian far-right voters now.

Adolf Hitler eventually came to power, started a world war that cost many millions of human lives and destroyed Germany (quite apart from the Holocaust). I was sure that no such thing could happen in Germany again. Anywhere else, even in Israel, but not in Germany. The Germans have learned their lesson. Niemals wieder. Never again.

So how can a far-far-right, racist, xenophobic party gain even a modest election triumph? Even assuming that Hitler and his Nazis were unique, this is a deeply worrying phenomenon.

One does not have to have a deep-seated Jewish complex to see a red light going on. I confess to being amazed, and a bit worried, too.

I have seen the rise of the Nazis in my lifetime, I did not expect to see anything even remotely resembling it while I am still alive.

Yet Angela Merkel is still in power, and she seems determined to follow her stars and her policy.

As I said, I envy her people.

I DO not believe that anyone in the world envies Israel for Binyamin Netanyahu.

Indeed, if I could imagine a politician who is the exact opposite of Angela Merkel, it would be Binyamin Netanyahu.

This was shown in a political farce that has rocked Israel in the last few days: The Great Railway Shabbat Scandal.

Israel is officially a "Jewish and Democratic State". Well, not quite Jewish and not quite democratic, but never mind.

Being a Jewish state, Israel is the only country in the world that has no public transportation on Shabbat — starting from sunset on Friday to the appearance of three stars on Saturday evening. (In Tel Aviv, I have seen no stars at any time since childhood.)

Why? Between the two sets of the Ten Commandments in the Bible, there is a marked difference.

In the first version (Exodus, 20) the reason is divine: "For in six days the Lord made heaven and earth…and rested the seventh day."

But in the second version (Deuteronomy 5) the reason is purely social: "that thy slave … may rest as well as thou. And remember that thou wast a slave in the land of Egypt." (the Hebrew original says "slave", the translation says "manservant".)

Most of us atheists like the Shabbat, too — the country is quiet, most of us can rest and/or amuse ourselves. But there's the rub, as Hamlet, no Jew, would have put it. How does a poor person, who has no private car, reach the Mediterranean seashore, or go to the Sea of Galilee in the north, the Dead Sea in the east or the Red Sea in the far south?

He can't. He remains at home and curses the rabbis.

The rabbis are in the government coalition. The Right has not enough votes without them. Nor has the Left. So they have to pay them off. Ergo, no public transportation.

The law says that no labor will be done by Jews on Shabbat, but allows the Minister of Labor to exempt certain jobs if that is absolutely necessary for the running of a modern society — water, electricity and such. The orthodox parties agree to that, for a reasonable price (money for their schools, in which nothing but holy texts are taught).

This status quo is quite fluid. Does it include repair of rails? Depends. Depends on the mood of the rabbis. And on the money that changes hands.

Suddenly attention was drawn to the fact that all the time the state railway authority has been conducting essential repairs on Shabbat. The rabbis threatened to bring the Government down. So Netanyahu surrendered on Friday, last week, 10 minutes before the Shabbat started, and ordered all railway work to be stopped at once.

That wrought havoc. Traffic was stopped on Sunday, too, so as to allow for the necessary repairs on a working day. Utter chaos.

It must be remarked that the railways do not play a major role in Israel. Public transport mainly uses buses. The first railway was built by the Turks to facilitate the Hajj to Mecca. The British added some, especially during World War II, to transport their troops to Egypt.

The line from Haifa to Damascus was a butt of many jokes. A lady called the conductor: "There is a cow following us!" to which the man calmly replied: "Don't worry. It will not overtake us!"

Now we have a new transportation minister, full of ambition, who wants to modernize the railway service. He also hints that eventually he wants to succeed Netanyahu. Netanyahu does not like people who want to succeed him — not now, not in the distant future, not ever. So he took this opportunity to sabotage the minister.

The crisis reached the Supreme Court, who decided that the Prime Minister has no jurisdiction to close the railway down. Only the Minister of Labor has the right to issue Shabbat work permits or cancel them. So Netanyahu could take a deep breath — it's not his responsibility anymore. Let the ministers of transportation and labor quarrel among themselves. The more the merrier.

During this week everyone followed the drama — will the railway repairs resume on Shabbat or not? Will the poor soldiers, who are allowed to stay at home on Shabbat, be able to use the railways in order to get back to their bases on Sunday?

(I was once a soldier, and I was never in any hurry to return to my base.)

Be that as it may, Netanyahu was shown up again as an opportunist politician without much backbone, bending easily to pressure on small issues, not dealing at all with the big issues.

Alas. No Angela Merkel, he.

The Vaz-ir And His Checkered Board