Why Gujarat Is The Place To Be During Navratri

There can be no place like Gujarat when it comes to celebrating Navratri! 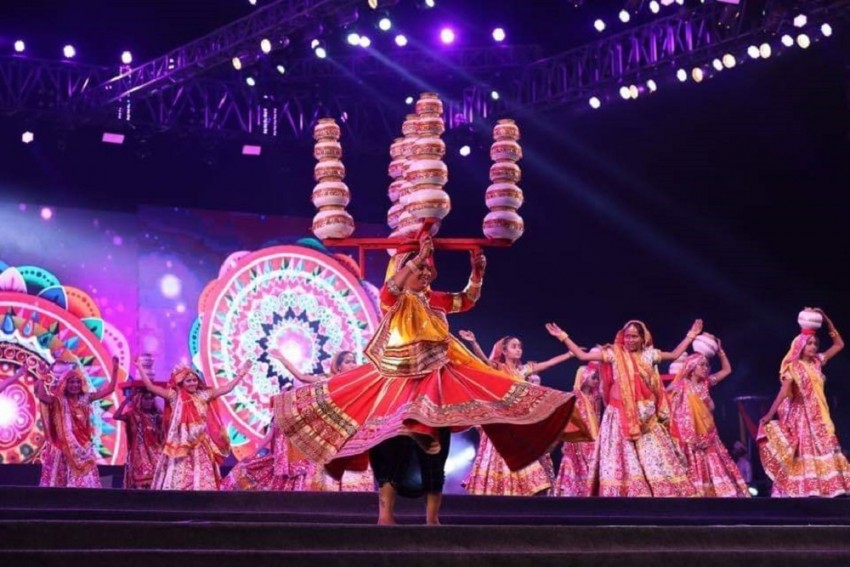 The festival that all the Gujaratis wait for the entire year – Navratri will just be getting over. The melodious flow of ras garba and dandiya and the delicious aroma of the Gujarati food fill up the air. That’s why Navratri in Gujarat is so special when the whole state gets drenched with vibrant colours. Garba and Dandiya Raas add to the vibrancy of the festival. People dressed up in sparkling finery whirled the nights away in enchanting garba dance. 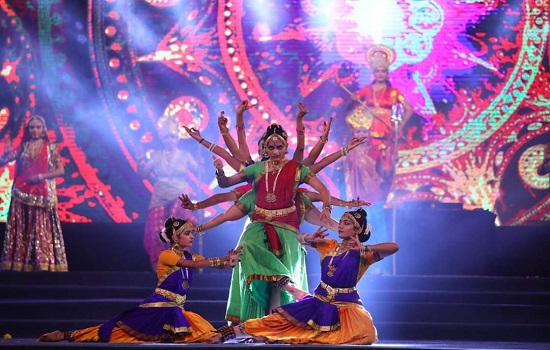 Considered as the longest dance festival in the world, Navratri is one of the identities of Gujarat. The nine-day long festivities celebrate the nine forms of Shakti. This year, the audience was delighted with the Theme Pavilion, which would provide a unique spectacle with an impressive display on Ahmedabad – A UNESCO World Heritage City, Statue of Unity and life of Sardar Patel, Dandi March Satyagraha and the Swadeshi Moment as well as the Gir National Park. There were 15 monuments at the venue for tourist attraction. The cultural programme, Sheri Garba, Theme Pavilion, Craft Stalls, Balnagari and Anandnagari mesmerised the audience. This year, ‘MAA – Navdurga thi Narmada’ - a cultural programme was performed by over 300 artists.

About 25 food stalls served the well-known Gujarati dishes and cuisines from various parts of the state. There were stalls selling traditional handicrafts and art craft items that boasted of Gujarat’s colourful culture. A special kid’s zone was created to keep the children at the venue engaged. The theme pavilion and different entry gates displayed seven famous different heritage sites of Gujarat, different installations of Chabutra Garden, Gir National Park along with attractions like Swachhta Abhiyaan and Statue of Unity.

Various tasks of carpentry, as well as block printing, electricity and mechanical experiment, science experiment, yoga and yarn spinning on Charkha, was organized to attract children of different age groups. Anandnagari an adventure activity park where activities such as artificial rock climbing, rocket parachute, bungee jumping, trampoline, high rope crossing, mechanical bull riding was organised for the tourists visiting Gujarat during this time of the year. A special feature at this year’s Vibrant Navratri Festival was the state-level Garba Competition. Handicraft and food stalls showcasing the culture of Chhattisgarh will also be set up during the event. 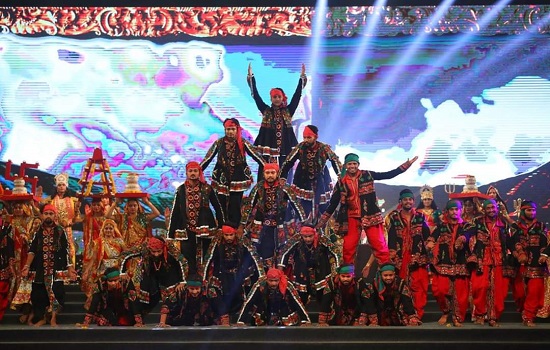 With an extraordinary celebration of this festival every year, Gujarat Tourism witnessed increasing footfall year on year. Last year, Navratri Mahotsav 2017 has witnessed footfall of over 6.25 lakh which is more than double than it was in the year 2013, which represents its increasing popularity and participation. Talking more about the Vibrant Navratri Festival, Jenu Devan, IAS, Commissioner of Tourism and Managing Director of Gujarat Tourism shared, “Navratri is what Gujarati wait for all year long. The zest and zeal of the festival are such that tourists all over the globe visit Gujarat during this time. Locals not only enjoy the festival but also earn a better livelihood and this is possible because of the tourists.”

Gujarat majorly witnesses three types of tourists during most times: Destination Tourists, Business Tourists and Religious Tourists. Gujarat Tourism has been witnessing an increasing footfall year on year with 2017-18 having achieved milestone figure of 50mn in overall tourist footfall. Among the visitors, it has been observed that figures of tourists visiting for the business purpose has gone up marginally in the last decade and this achievement is a result of the State Government’s initiative of organising Vibrant Gujarat Summit every year on a global level.

As an added attraction for tourists, the Tourism Corporation of Gujarat is developing a massive Statue of Unity. On 31st October, Prime Minister Narendra Modi will inaugurate the 182 ft long Statue. The government is putting in efforts to make it the best tourist destination. This monument aims to facilitate tourists with maximum entertainment in nature’s lap at such an iconic place. The government organised laser shows depicting the life of Sardar Vallabhbhai Patel and a museum was also be set up.