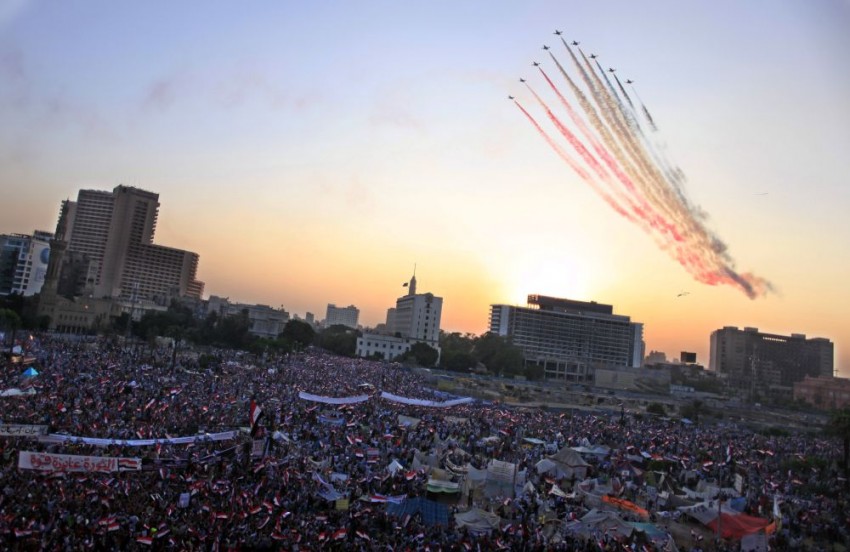 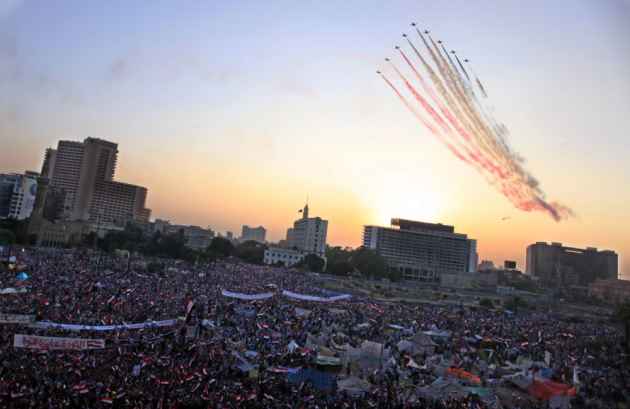 The year 2011 will be marked in history as the Arab Awakening, triggered by people from all ages and walks of life in Tunisia, Egypt, Yemen and Libya demanding legitimate rights in life: "Bread, Social Justice, Dignity and Freedom,'' the need for accountable leaders and constitutions that guarantee equal treatment for all and prohibit discrimination because of sex, religion or race. In Western terms, people demanded governance in an inclusive manner without favoring one group over another.

Despite such promises, the Egyptian people saw little reform and worsening economic conditions, with bread shortages, electricity outages, a lack of job opportunities, price hikes in basic consumer items and deteriorating security conditions in the streets. Islamization of the society began in an unprecedented manner, with political decisions under a religious guise. This infuriated many Egyptians, many pious by nature.

Unfulfilled promises led to frustration over the regime's continuous denial of its undemocratic ,theocratic rule and the 30 June demonstrations – with more than 20 million gathered in all provinces of Egypt demanding the ouster of President Morsi. More than 33 million Egyptians led by a group called Tamarud, Arabic for "rebellion," signed petitions demanding the regime’s end. Clearly, democracy does not stop at the ballot box. Egyptians denounced an authoritarian regime that was polarizing and mismanaging the country, chanting the famous lines of Abu Qassem El-Shabi, "When people cry for freedom and life, oppression shall vanish and the shackles of tyranny shall end.” When the Egyptian army responded to the millions of Egyptians, it was to secure the country and establish an inclusive approach that can guarantee civilian transition of power, deliver viable economic reforms, and secure law and order.

What is happening in Egypt does not concern only Egyptians. It matters a great deal to the US, the West and indeed the world.

Egypt has long been an anchor of stability in the Middle East and can influence the rest of the Muslim world. Egypt had been a partner in building regional peace and stability in the region, committing to peace with Israel in compliance of Camp David Accords in 1978 and playing a role in the liberation of Kuwait in 1991. No wonder that President Barack Obama chose to give his first speech addressing the Muslim world from Cairo University in Egypt rather than Turkey in 2009, when he emphasized that “for over a thousand years, Al-Azhar has stood as a beacon of Islamic learning, and for over a century Cairo University has been the source of Egypt's advancement.”

The US president highlighted that ''no system of government can or should be imposed upon one nation by any other, while emphasizing that “America respects the right of all peaceful and law-abiding voices to be heard around the world, even if we disagree with them.” This last point underscores pragmatic policies, with attention to national strategic issues. Egypt is the largest country in the Arab world, and how it evolves politically and economically will have enormous impact on the regional stability, serving as a template for other countries in the region. Hence, in this context, the US needs a strong Egypt that can play a pivotal role in the region.

Egypt controls the Suez Canal, a major shipping route through which more than 4 million barrels of oil pass each day. Current events in Egypt immediately prompted US oil prices to jump to more than $100 per barrel. Any unrest in Egypt will disrupt oil supplies with serious repercussions for global trade. Closure of Suez Canal and the SUMED pipeline, with a capacity of 2.3 million barrels per day, would cause severe economic disruptions in oil markets. Oil tankers would be diverted around the southern tip of Africa, the Cape of Good Hope, adding about 6.000 miles, not to mention time and costs, to transit.

Egypt's evolving political situation will also have an effect on other countries in the region. Saudi Arabia, the Emirates and Kuwait rushed in on 10 July, after Morsi’s ouster, to provide $12 billion in assistance to Egypt. The immediate assistance to Egypt reflected a welcome note on the end of Muslim Brotherhood rule in Egypt. A senior leader of the Muslim Brotherhood had threatened UAE citizens that “they would become slaves of the Persians,'” and in the case of Kuwait, people were relieved to see the end of government by the Brotherhood, which had supported Iraqi leader Saddam Hussein during the invasion of Kuwait while Egypt was part of the US-led coalition forces that liberated Kuwait in 1991. In fact the Gulf Cooperation Council, including Qatar, is pledging support for a stable transition in Egypt, a rational policy considering that Morsi's regime was getting closer to Iran, playing the Shiite card to destabilize regimes in the Gulf region and Saudi Arabia.

For Iran, the collapse of the Muslim Brotherhood regime means the dissipation of dreams to establish Iranian-style Islamic governments, strengthening its regional power in the Middle East while supporting Hamas which was collaborating with the Muslim Brotherhood in Egypt. Iran lost a major channel by which it was sending arms to the Syrian regime through the Gaza tunnels, which the Army in Egypt is currently closing down. Indeed, the cards of the Middle East have been reshuffled, with Iran dealt a new hand. The power game is changing, tilting towards reconfiguration of the Middle East.

In retrospect, Turkey seems to lament the fall of the Muslim Brotherhood regime in Egypt, which perhaps dashed some high hopes of resurgence of an Islamic bloc under AKP-led Turkey. Also, the ability of 33 million Egyptians to oust regimes may threaten Turkish ability to control its own young protestors in Istanbul and Ankara who demand to be heard and live in a secular country as was founded by Ataturk.

Egypt will set the pattern in view of the power of the people who favor accountable leaders that are inclusive, transparent and capable of building a new system that can restore the country's economy, achieve social justice, in a pluralistic society where there is rule and order and sustainable institutional democracy, with women's rights respected and all citizens treated equally. After all, what happens in Egypt resonates in the entire region. Expectations are running high among the region’s people for more constructive engagement with the United States and Europe.

Indeed, the 30 June Egyptian popular uprising is presenting to the world that elections alone cannot guarantee freedom. The lessons of Egypt should be taken to heart by other democratically-elected governments who might be complacent. What happened in Egypt is not a coup, it is the power of the people, Muslims and Christians, in Egypt who yearn to live together in peace and harmony and have equal rights as citizens. The rebellions also showed the importance of accountable and competent governance in sustaining popular support. The current roadmap in Egypt, endorsed by the rebellions, demonstrates that Islam is compatible with pluralism and secular democracy, showing a model that the world could embrace.

Ambassador Sallama Shaker is a visiting professor of Middle East and Islamic Studies at the Yale Divinity School and MacMillan Center. She has held a number of positions in the Egyptian government, including assistant minister of foreign affairs for the Americas; deputy minister for cultural and education relations; and Egypt’s ambassador to Canada. She has published books and articles on foreign relations, peace and development in the Middle East. Rights: Copyright © 2013 The Whitney and Betty MacMillan Center for International and Area Studies at Yale. Courtesy: YaleGlobal Online

The Turkey Under The Table