Home  »  Website  »  International  » Opinion  »  Why Does Malala Yusufzai’s Nobel Bother So Many On The Left?
View From Pakistan

Why Does Malala Yusufzai’s Nobel Bother So Many On The Left?

Take Arundhati Roy. For one who has championed people's causes everywhere so wonderfully well, her shallow, patronizing remarks were disappointing... 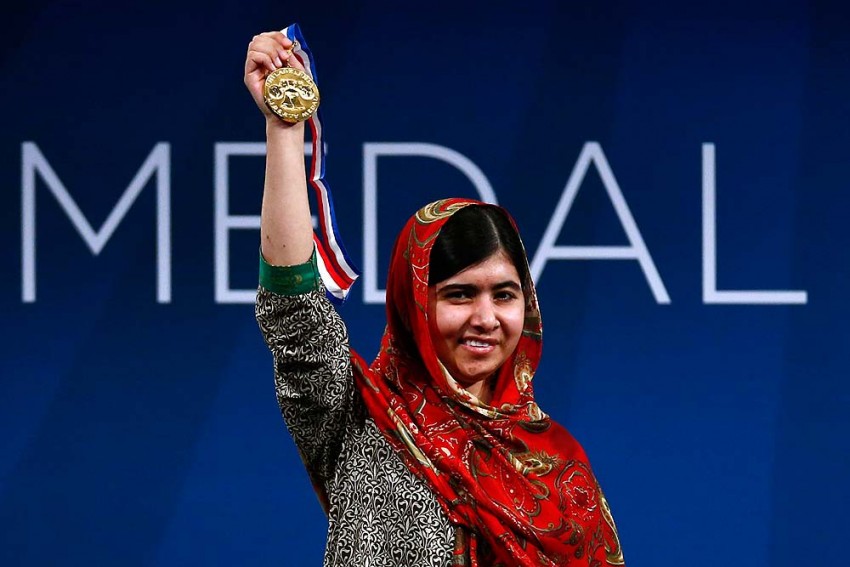 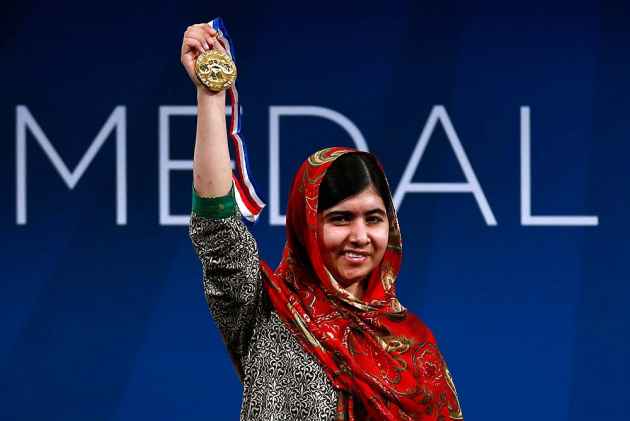 Arundhati Roy’s charm and lucidity have iconized her in the world of left-wing politics. But, asked by Laura Flanders what she made of the 2014 Nobel Prize, she appeared to be swallowing a live frog:

“Well, look, it is a difficult thing to talk about because Malala is a brave girl and I think she has even recently started speaking out against the US invasions and bombings…but she’s only a kid you know and she cannot be faulted for what she did….the great game is going on…they pick out people [for the Nobel Prize].”

For one who has championed people's causes everywhere so wonderfully well, these shallow, patronizing remarks were disappointing.

Farzana Versey, Mumbai based left-wing author and activist, was still less generous last year. Describing Malala as “a cocooned marionette” hoisted upon the well-meaning but unwary, Versey lashed out at her for, among other things, raising the problem of child labour at her speech at the United Nations: “it did not strike her that she is now even more a victim of it, albeit in the sanitized environs of an acceptable intellectual striptease.”

But hang on a bit! This “kid” and “cocooned marionette” did not achieve world-wide admiration for opposing US-led wars or child labour or for a thousand and one other such good-and-great things. The bullet that smashed through her skull came because she opposed the Pakistani Taliban’s edict that all education for girls must end forever in the Swat valley after 15 September 2009, and her vigorous campaign for every girl child’s right to education.

It is perfectly clear why Malala has had to be damned to eternity by her left-wing critics: she has been photographed in the company of men judged to be villains: Barack Obama, Gordon Brown, Ban Ki Moon, Richard Holbrooke, and others. It is also obvious that she could not have won the Nobel peace prize—which is always an intensely political affair—but for support from the highest quarters in the western world. Consequently many on the left have easily dismissed her condemnation of drone strikes in Pakistan, as well as the $50,000 from her Nobel Prize money which she gave for rebuilding Gaza schools, as thin ploys aimed at image building.

Unsurprisingly leftist critiques of Malala’s Nobel have been eagerly seized upon by right-wingers in Pakistan, helping seal the narrative for many of my countrymen and women. For cultural and religious reasons, as much as for political ones, they have already come to loathe the West even more than arch-enemy India. In the weeks after she was shot, several students at my university told me they see Malala Yousafzai as Malala ‘Dramazai’, an ‘Illuminati Psy Op’, and a willing tool of the West who is out to badmouth Pakistan and make it appear unreasonably dangerous. Many doubted that she had been shot at all—the Taliban know how to kill.

Pakistan’s officialdom also harbours a hidden, but deep, hostility to her. Although the government officially acclaimed the Prize, a resolution to honour Malala was unsuccessfully moved last week by the opposition in Khyber Pakhtunkhwa’s provincial assembly. Instead the KPK assembly passed another resolution to press the US government to free the “daughter of Pakistan”, Dr. Aafia Siddiqui, a convicted Al-Qaida affiliate who is now serving out her 86-year sentence atFort Worth, Texas. Mainstream Urdu newspapers describe Malala as a poster girl of the West, and a Trojan horse for introducing secularism in Pakistan.

I have no expectations from the millions of my conspiracy obsessed fellow Pakistanis. But have Malala’s left-wing detractors—including those who I have long respected for their outspokenness in opposing multiple forms of oppression and imperialist wars—ever really bothered to know why she was shot?

In the following, I have translated and condensed a 9-page pamphlet entitled Aqeedon ka Tasadum explaining why Malala had to be killed. Written in Urdu and signed by the Pakistani Taliban and the Islamic Movement of Uzbekistan, it was circulated shortly after the shooting:

Preamble: This is a war of two faiths, Islam versus kufr (unbelief). On the one side there is true education and modesty; on the other is nudity, music, dancing, and disgraceful gyrations. On the one side there is respect for the veil; on the other are those females who appear on TV and give interviews to men who are not relatives. In fact they dare to mock the Taliban and mujahideen who seek to prevent nudity, lewdness, and Westernization. So here is why this so-called Malala, a pawn of Western interests and secular forces, had to be brought to justice:

First, is Malala a child? No! She was born on 18 July 1998, which makes her 15 years and 4 months old. She had crossed puberty and shown the signs. Thus she had to be treated as an adult woman responsible for her deeds.

Second, is the killing of women allowed in Islam? Yes! After the conquest of Mecca, the Holy Prophet (PBUH) had personally ordered several women to be killed, including by stoning to death. Hazrat Ali too had declared as correct and justified the strangling of a Jewish woman who had verbally abused the Holy Prophet (PBUH).

Third, what does Pakhtun culture say? Although some media commentators claim that killing girls is against our culture, this is nonsense. If a boy and girl are even suspected of doing something together, it is common to kill both.

Fourth, was Malala guilty? Yes! This so-called innocent “child” actually wrote a diary under the false name of Gul Makai, and daily criticized us in it. She called Obama her ideal, and preferred the secular education of Lord Macaulay to Islamic education.
Fifth, was Malala unarmed? No! She was armed with the pen, a weapon sharper than the sword, with which she daily defamed Islam and Muslims. She portrayed the Taliban as beastly savages. This is why we rightly punished her.

Conclusion: By focusing on Malala this filthy (Pakistani) media shows it is prostituted to the Americans. It says no words of protest against the strip-searching and incarceration of the daughter of Islam (Dr Aafia Siddiqui). It makes a false hero out of one who deserved what she got.

A puzzle: why does such savage bestiality often find no, or only cursory, reference in today’s left-wing discourses? Boko Haram’s sex captives, ISIL’s beheadings, Taliban suicide attacks against civilians, and scores of atrocities by multiple Islamic groups should appal and disgust all those who believe in human equality, decency, and freedom. The Left is most certainly built upon these strong moral foundations, so why the near silence?

The explanation has two parts. First, a portion of the Left has a wholly negative view of western agendas, uncritically rejecting everything as self-serving and hypocritical. Second, many progressives today do not wish to leave a comfort zone where all global problems can be safely blamed on to the West. Having two baddies—America and Islamism—threatens to muddy up the waters. They would prefer to keep life simple.

But shouldn’t one be a little cleverer, more discerning? It is doubtlessly true that the pursuit by the United States of its strategic and economic interests fed and fuelled the rise of violent Islamism through its multiple wars and interventions, especially in Iraq and Afghanistan. The US continues to be the principal protector and ally of Saudi Arabia—which has long funded jihadists across the globe. It stokes anger through its unconditional support for aggressive Israeli expansionism. In such situations it is right and proper to condemn the US and fight back.

At the same time, one must recognize that western culture and politics have changed in important ways. This is not because of the Obamas, Bushes, or Blairs but owes instead to a protracted, centuries-long struggle by the working class and activists. No longer can any western country afford to be seen as a merciless colonizer, or to freely militarily ravage and economically plunder as in past centuries. Constraints on their still callous corporate and political elites have steadily grown. Therefore western agendas and interests can sometimes be intelligently leveraged for furthering what is important for peoples everywhere: education, peace, female emancipation, freedom of thought and action, labour rights, and all that the Left holds important. Malala has played this game with the West well, giving us hope that in these bleak times there are still some among us who have their heads screwed on right.

A young Pakistani progressive, Ghausia Rashid Salam, departs from common opinion by paying her this tribute:

“We should be honoured that Malala emerged from our country, because we know better than any white man, better than any South Asian, what Pakistan is, and what life here is like. We know, better than anyone else in the world, how resilient you have to be to emerge from a life under the Taliban and not give up fighting for your rights, or the rights of others. We should be happy that the Western world can see for itself the brutal conditions we, and other parts of the world, live in, because the more fortunate parts of the world need to check their damned privilege and start making genuine efforts to bring change.”

It is surely time for one-track leftists to learn that we live in a multiple-tracked world, to recognize that there can be more than one baddie, and to resist from simplifying at the cost of accuracy. Else they do grievous wrong to all.

A Gunpowder Plot Against Democracy