Why Are The Trade Unions On Strike?

All you need to know about the nationwide Trade Unions' strike, what are the workers' demand and why the impasse is here to stay. 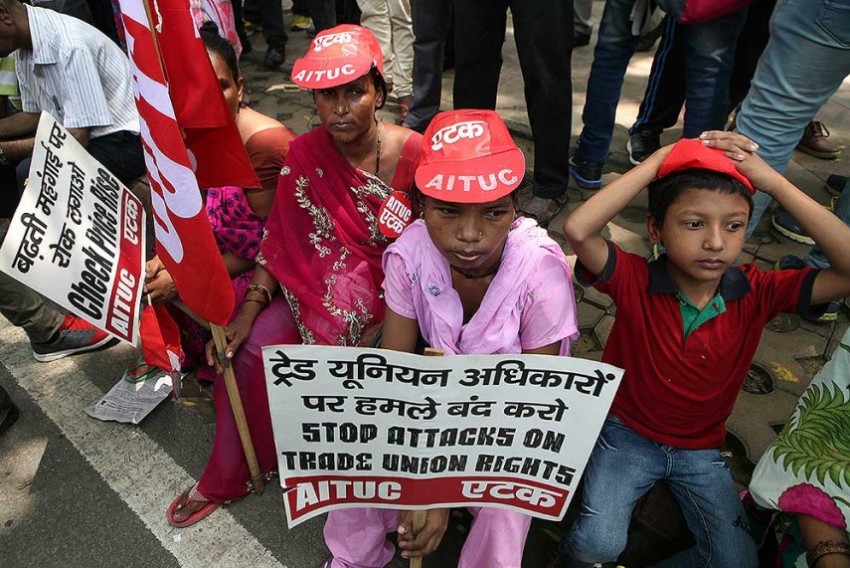 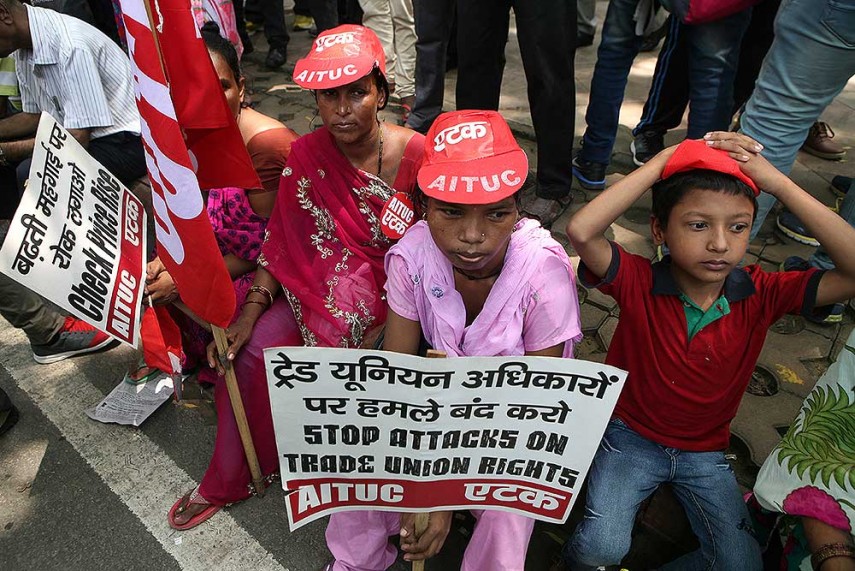 The Trade Unions including the All India Trade Unions Congress and Centre of Indian Trade Unions on September 2 are on a nation-wide strike after they rejected the government appeal on August 30 by the Union Finance Minister Arun Jaitley to call off the strike. The strike is to protest against the government's alleged 'indifference' to their demand for better wages and 'anti-worker' changes in labour laws.

The government had earlier this week announced a raise in the minimum wages of unskilled workers from Rs 246 per day to Rs 350. Jaitley had also announced the pending two years bonus to the central government employees soon. Centre decided to write to all states regarding compliance of Contract workers law too.

This proposed raise was 'based on deliberations in the meeting of Minimum Wage Advisory Board held on August 29', of which trade unions are also a part, claimed the government. Though the trade unions have alleged that no such proposal was discussed in the board meeting.

According to a report in Times of India, Kashmir Singh Thakur, member of the board, has written to labour and employment minister Bandaru Dattatreya saying that the "the proposal of Rs 350 per day as minimum wage ... never surfaced in the meeting on that day".
Thakur has claimed that all the workers' representatives at the meeting of the board had, in fact, reiterated the demand for Rs 18,000 monthly minimum wage (Rs 692 per day), which is one of the key sticking points in the dispute and the cause for widespread support for the strike.

According to the Trade Unions the whole process lacked transparency. Also, the Rs 246 per day was nearly half of what the employee unions had demanded— Rs 692 per day or Rs 18,000 per month, which was largely a just demand given that even the 7th Pay Commission had proposed minimum pay to regular employees around that level.

The central trade unions are upset at this sleight of hand and have called upon the government to issue a 'correction' or a 'rejoinder' on this.

As per the Firstpost piece, there are mainly two problems here — the absence of a uniform wage structure between the Centre and the state spheres and also a comparative index of wages across different segments of labour such as construction, sweeping and cleaning and those work in stone mines, among others. Wages need to be decided with the backing of scientific consultations and wide deliberations and also consider inflation trends. This should not be through announcements which is mostly done unilaterally. Instead, the government chose to resort to the issue through an appeasing strategy with a wage increase and bonus announcements which backfired.

Since the government's proposal of Rs 350 per day is nearly half of what is demanded by the workers, the impasse continues.