Home  »  Website  »  National  »  'Which Ban Has Worked In India?': Vaping Association Says Ban On E-Cigarettes Will Affect Health Of Vapers

'Which Ban Has Worked In India?': Vaping Association Says Ban On E-Cigarettes Will Affect Health Of Vapers

Vaping is deemed to be “less harmful” than cigarettes as it does not burn tobacco but heats the liquid chemicals into a vapour or steam that a person inhales. 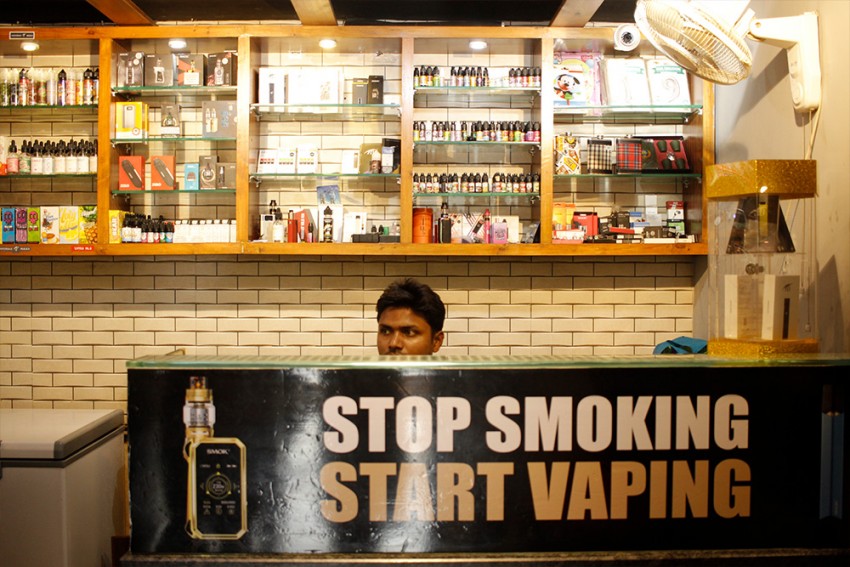 The ban on vaping will have marginal impact on sale of the product, says Association of Vapers India.
Usha Ramesh
Outlook Web Bureau September 18, 2019 00:00 IST 'Which Ban Has Worked In India?': Vaping Association Says Ban On E-Cigarettes Will Affect Health Of Vapers 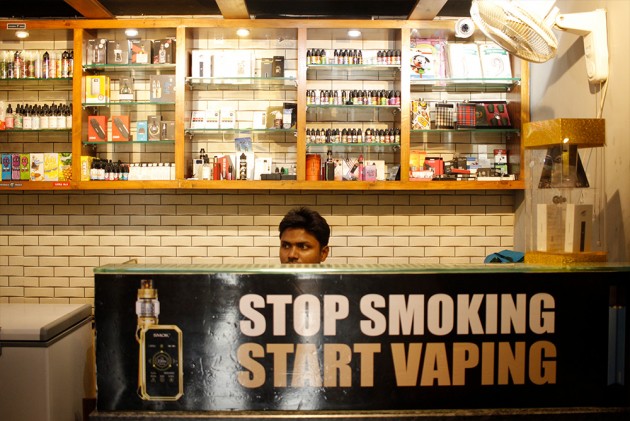 The ban on vaping announcement by Finance Minister, Nirmala Sitharaman, will have a marginal impact on the sale of the product, with the whole selling infrastructure going underground, says the Association of Vapers India (AVI).

“Which ban has worked in India?” Asks Samrat Chowdhery, Director of AVI, asserting that marijuana has been banned in India for decades, yet the country is the largest consumer of the banned drug in the world. The government has taken a decision to ban vaping “only to help the cigarette industry,” he told Outlook over the phone. He said vaping is far less harmful than cigarettes and was “saving the lives of many youngsters in the country who have been impressing upon to give up smoking.”

He said that 60 countries, including the United Kingdom and the United States, have not thought of banning vaping “even though they are more conscious” of their citizens’ health. “Why has the government not thought about banning cigarettes which kill about 13.5 lakh people in this country? he asks.

Vaping is deemed to be “less harmful” than cigarettes as it does not burn tobacco but heats the liquid chemicals into a vapour or steam that a person inhales. Chowdhery said that the government could have thought of regulating the sector, instead of an outright ban. By this step, it would allow spurious manufacturers to thrive thus affecting the health of vapers. Some may be tempted to go back to cigarettes, he added.

He says there are about 13 lakh vapers in India at present. “They have all been weaned away from killer cigarettes to a better alternative.” Earlier, a Euro Monitor assessment had put the users in India at 6.5 lakh in 2016-17.

On Tuesday, the Confederation of All India Traders (CAIT) had opposed the government’s professed move on vaping. "A complete ban will encourage smuggling and lead to revenue loss for the government. We are, therefore, of the view that e-cigarettes should not be banned and instead rules and regulations be made for its sale," CAIT National Secretary General Praveen Khandelwal said. According to CAIT estimates, there are some 4.5 lakh vendors of vaping devices and refills.

According to a review study on vaping by the Journal of Cancer Clinical Trials in December last year, there are about 75 companies supplying e-cigarettes through online sales but there is no brand in India which manufactures the product, though usage is “more common in adolescents”.

The study, which called for longer-period study on the safety of the vaping devices, said e-cigarette devices were manufactured mainly in China when it was launched in 2007. There are over 466 brands and 7,764 flavours with about 242 flavours being added every month. A single disposable e-cigarette ranges from $6 to $12 (Rs 390-Rs 782) and pre-filled cartridges starter kits usually range around $40 to $60 (Rs 2600-Rs 3900), the study says.