Home  »  Website  »  International  » Reviews  »  When China Reached Out To India

When China Reached Out To India

In 1963 and 1970, China seemed open to a course correction with India but policymakers in Delhi did not take these signals seriously 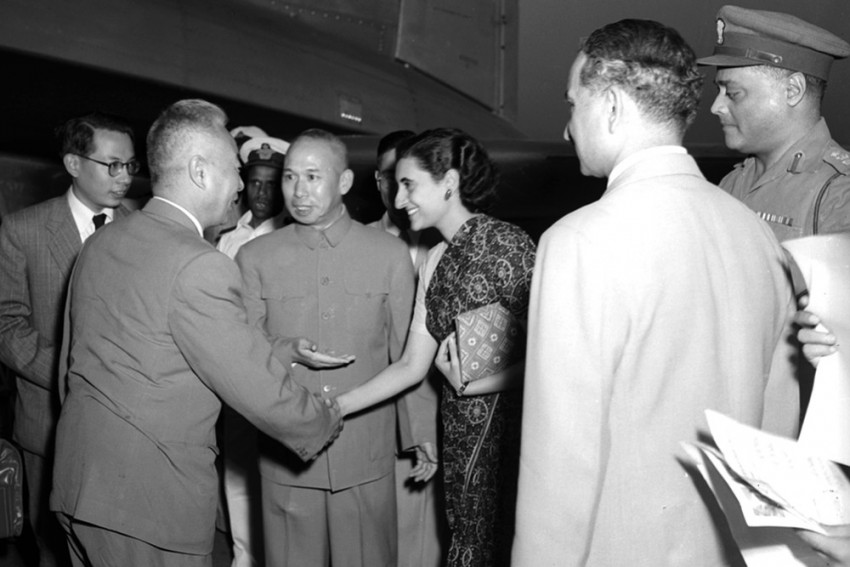 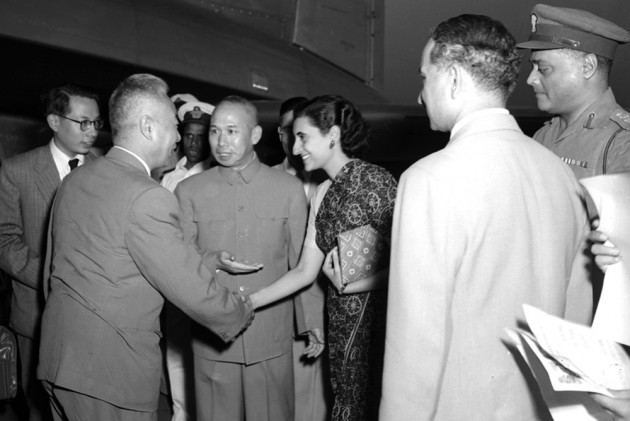 In our discreet strategic culture where the written word is scarce among India's diplomats, it is refreshing to come across memoirs. Historical context and insider perspectives are vital ingredients to the study of foreign policy. A good memoir ought to supply both, providing the reader a glimpse into the inaccessible world of statecraft. As a scholar-diplomat and teacher, Kishan Rana is a rarity in India's strategic community. After his "superannuation" in 1995, he has been a prolific writer on the art or "process" of diplomacy with ten books to his credit. But Rana's own professional journey in the Indian Foreign Service has been left largely untold until now.

Rana's 35 year-long career took him to nine international assignments, which was crowned by his Ambassadorship to Germany in 1992. He also served in Delhi, both at the MEA headquarters for seven years and a short stint in Indira Gandhi's PMO in the 1980s. Rana's account of his thirteen months assignment at the PMO in the early 1980s provides fascinating insights and anecdotes into Indira Gandhi's personality and her decision making style. The PMO was highly centralized and dominated foreign policy, as it had during the Nehru years. She "did not need briefings on international affairs, or on relations with major foreign countries." Emulating Nehru's work ethic, she dealt with papers rapidly, although with a "key difference" being that she "virtually never wrote long notes." For historians seeking to uncover apex level contestations or deliberations on matters of high policy or deconstruct the evolution of the Prime Minister's worldview this might pose challenges.

Rana's initial experience and main country of interest was China. He spent four years in Beijing. First, shortly after the war (1963-65) or as Rana describes it "during that quiet interregnum between the end of the 1958 Leap Forward Phase, and before the storm of the Cultural Revolution." Returning again during a critical period of the Bangladesh crisis (1970-72). These field assignments were supplemented by three years at the East Asia Division (called the "China Division" before 1966!) in Delhi in the 1960s and 1970s.

"Our location gave us no special insight," says Rana, about his time in China. But the opacity of China's system in those years would surprise few. Political reporting was the "staple work" and only "deft trading of information" among Beijing's wider diplomatic community particularly with envoys from Eastern Europe provided a tentative picture of Mao's China. Interestingly, Rana suggests that both in 1963 and 1970, China seemed open to a course correction with India but Indian policymakers in Delhi did not take these signals seriously. The latter episode was in May 1970, when Mao made a friendly gesture to Brajesh Mishra, India's Charge d' Affaires. The Indian team in Beijing "were unanimous India had failed to grasp an opportunity to improve bilateral relations." But were these episodes truly missed opportunities for a détente? Unlikely. The wider geopolitical context in both phases suggests a more complex picture.

In 1963, India and US were at their closest point of strategic engagement during the entire Cold War. In 1969, Sino-Soviet border hostilities and a corresponding geopolitical convergence between Delhi and Moscow was similarly apparent. For Beijing to send subtle signals to Delhi during these phases was probably more an attempt to blunt Indian antagonism than an expression of a fundamental change in attitudes or interests. Further, the emerging Sino-American détente that was palpable since the late 1960s, was probably also a factor in Beijing's costless gestures to distract Delhi and undermine its strategic understanding with Moscow. In fact, Indian archives suggest Indira Gandhi and her advisors perceived a changing international environment since 1969 and sought to insure against India's geopolitical isolation. Events would prove that the Prime Minister was ahead of the curve.

Although divergent perceptions between diplomats on the ground and policymakers at the apex in Delhi is perhaps natural, given that the latter views the world through a wider prism in the decision making process. This is because they assess the interconnections between different regions and issues and their potential impact on Indian interests. Information flows can help bridge Delhi's worldview with the man or woman on the ground. Rana notes, "MEA has remained weak at horizontal communication." He shares a brief initiative in the 1970s when Directors of key territorial divisions would meet each week and produce a short "Coordination brief" that would be distributed at headquarters and to missions abroad. In the mid-1970s, Rana and a small group of proactive middle-rank officials felt encouraged to suggest proposals for systemic reforms at the MEA. A few interesting suggestions stand out.

One is restructuring some territorial divisions to allow a more dedicated focus on the immediate neighbourhood. Another is a "stronger Headquarters set-up" to improve "professional efficiency." In fact, this is one of the actions undertaken in 2015 by the MEA with officials being brought back from missions along with an expansion of the Policy Planning Division. Rana recommends the optimal ratio of executive level officials at headquarters-to-overseas missions should be around 1.5 (this ratio has been improving over the past fifteen years: 4.3 in 1999, 3.3 in 2007 and 2.7 in 2014), because "understaffed headquarters" can neither "digest" incoming information nor "guide" missions abroad adequately.

In terms of personnel and communication, "encouraging specialization" among the generalist cadre, raise the quality of monthly political reporting in overseas missions by encouraging more "in depth special dispatches on major issues" rather than "engage exclusively in episodic correspondence," incentivizing postings in neighbouring countries, which do not always offer the material advantages of more advanced locations. Since the 1960s, there have been a number of reports and recommendations on reforming the MEA's organizational structure and enhancing its diplomatic capacity: 1966 Pillai Committee, 1983 Sen Committee, 2002 Lambah report, and the 2010 Abid Hussain Committee of which Rana was also a key member. The MEA should consider publishing these reports. Perhaps the most visible reform decision in the MEA has been the mid-2007 announcement to double the IFS. The annual intake has gradually increased from about 15 to 40 per year, with the total strength at 850 in 2014.

Diplomacy at the Cutting Edge is at its heart a self-effacing but proud officer's account of his long journey in India's Foreign Service. This is not a memoir that shocks or reveals. It is a reflective narrative through the eyes of a former practitioner who thrives on the nuts and bolts of diplomacy, and, who strives for a more efficient diplomatic system. Anyone who seeks to understand the human and practical side of a diplomat's life must peruse this memoir.