What Is Termed As 'Serious Emergency' Is Actually A 'Minor Cold', Says EAC Head Bibek Debroy On Indian Economy

In a sly attck to Yashwant Sinha's article, Debroy said that though there might be some stray problems with the Indian economy, there's nothing that should be worried about. 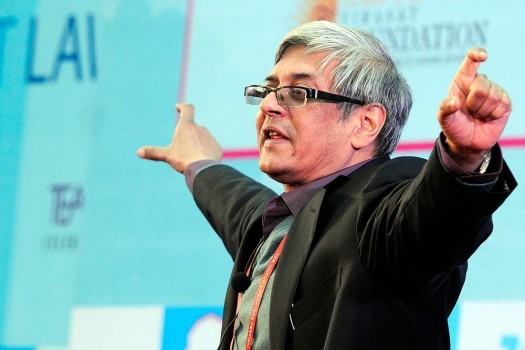 At a book lauch, Debroy said that though there might be some stray problems with the Indian economy following major decisions, there's nothing that should be worried about, reported NDTV.

"There is a place called Yashwant Place where when I consulted a doctor, he said this is a serious medical emergency... might be chikungunya. You might die," he said, in an sly reference to Sinha's piece in the Indian Express, which blatantly attacked the finance minister saying that “demonetisation has proved to be an unmitigated economic disaster.”

Sinha also wrote about how a badly implemented GST played ‘havoc’ with businesses and that demonetisation only added fuel to a fire that had already started.

Sinha in his article had also said that at this point he felt compelled to speak up against the 'mess' the finance minister has made of the conomy and that he is also convinced that "what I am going to say reflects the sentiments of a large number of people in the BJP and elsewhere who are not speaking up out of fear."

Portraying a shady picture of the Indian economy today, he further said that the "private investment has shrunk as never before in two decades, industrial production has all but collapsed, agriculture is in distress, construction industry, a big employer of the work force, is in the doldrums, the rest of the service sector is also in the slow lane."

Taking a dig at the former Finance minister, Jaitley said his book's name should have been, better titled as '“India@70, Modi@3.5 and a job applicant @80”.

Backing the demonetisation move Jaitley said that the government intended to expose the black money market and track down those operating in it.