'What Are Achievents Of Modi, Yogi Govts?': BJP To Test Kids To Mark Deendayal's Centenary

The exam, being organised by the Bharatiya Janata Party (BJP), is scheduled for August 20. 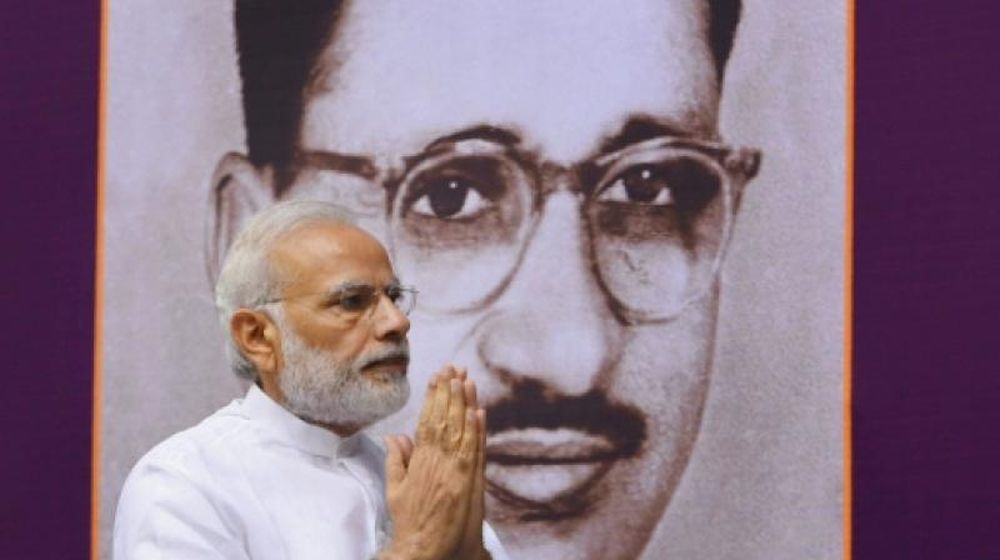 When did Prime Minister Narendra Modi announce demonetisation? What is BHIM App? What are schemes introduced by chief minister Yogi Adityanath? What are anti-Romeo squads?
These could be among 100 objective questions on OMR sheets to be asked in  a “written competitive exam on general knowledge” for students across Uttar Pradesh to mark the birth centenary year of Deendayal Upadhyaya. The exam will not only contain questions on the BJP ideologue, but also on “schemes and achievements” of the Adityanath and Modi governments, reported The Indian Express.
The exam, being organised by the Bharatiya Janata Party (BJP), is scheduled for August 20. The newspaper reported that an 11-member committee headed by party state president and deputy chief minister Keshav Prasad Maurya has been supervising various programmes, including this exam, as part of the centenary celebrations, which will continue till September. The test is open to students of classes 9 and 10.
The BJP is also organisation Making of Developed India (MODI) in which school children are being asked questions on Modi and various initiatives taken by the government like Swachh Bharat Abhiyan, Beti Padhao Beti Bachao and demonetisation in quiz competitions across the country to mark the NDA government’s three years in power.
According to The Indian Express report, topics covered by the exam include Upadhyaya’s ideology about politics and social life, key decisions of the Modi government like GST, BHIM App, demonetisation, surgical strikes by the Indian Army, the Start UP India initiative, the Swachh Bharat mission among others, said Subhash Yaduvansh, BJP state secretary.
Not only this, schemes and key campaigns like anti-Romeo squads launched by the Adityanath government will also be part of the questionnaire, he told the newspaper.
“A booklet of 70 pages is being compiled that will contain topics on programmes of the Central and UP governments. In the past, students have not been taught in detail about many great personalities like Veer Savarkar, Sardar Patel, Deendayal Upadhyaya and Shyama Prasad Mukherjee. This book will also contain literature on such personalities. It will also have information about the ideology of Upadhyaya about cultural nationalism and Ekatm Manavad. BJP follows the same ideology,” said Yaduvansh.