'We In India Are Extremely Safe And Happy'

'We have an amazing democratic, free and secular way of life. In the environs that we live here in my country India, we have no safety issues regarding life or material. As a matter of fact it is irksome for me to clarify this non-existent issue.' 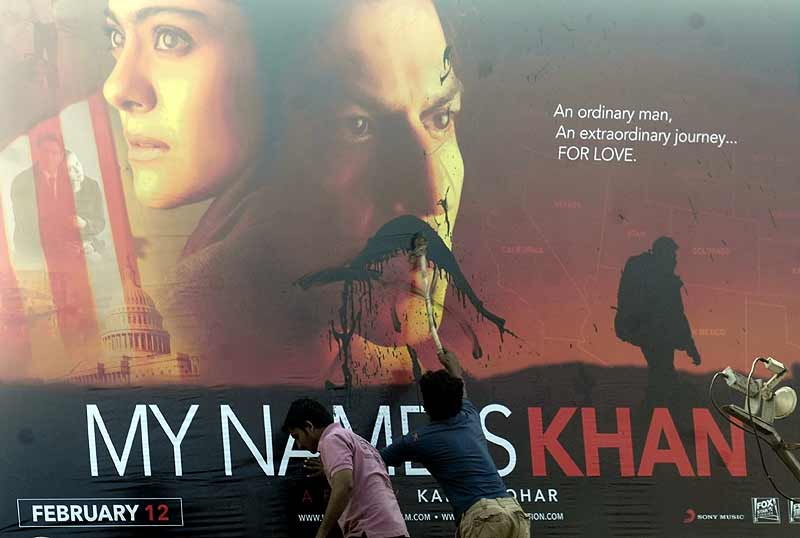 According to me, all our lives we are defined by three identities.

Two of which are fortunately acquired by birth  and are a matter of unconditional love and acceptance.

The first identity is acquired by where one is born. Our Motherland. That defines us. So foremost all of us here like me are proud Indians.

Second the family name and upbringing that our parents give us. Mine is Khan, like some of us here. I am very proud of my parents, like all of us are here. I love them unconditionally.

The third is the profession we choose that defines us. By some quirk of fate I am a celebrity... a public figure in the fields of art and media. Like most of us are here today.

As I said being an Indian and my parents' child is an unconditional accepted truth of my life and I am very proud of both.

The third... being a public figure makes me open to any kind of questioning, adjectives good and bad and or  sometimes makes me an object  of controversy  as people  use my name and statements to attach any positive or negative sentiment to it. I accept all the above  because this is the life I chose and will stand by it.  I am what I am, because of the love and admiration that comes with being who I am in my profession...so I thank everyone for making me the star I am. 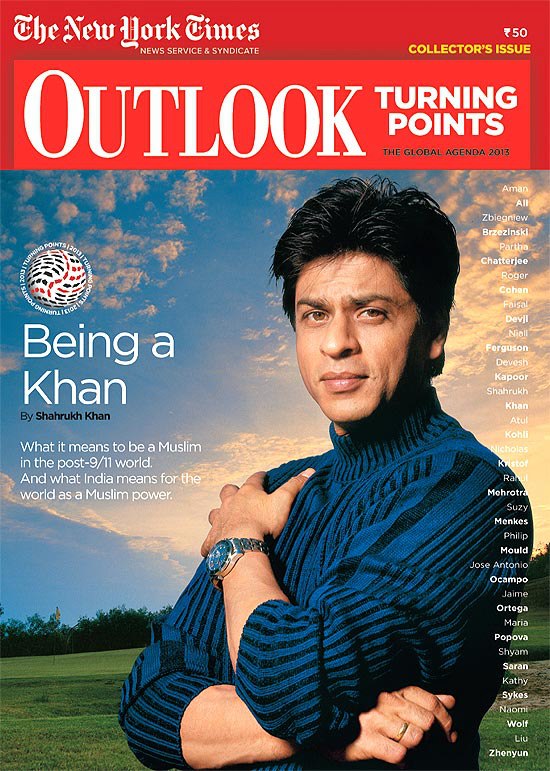 Now to  address this whole issue, with regards to my Article, that has taken an unwarranted twist . I do not even understand the basis of this controversy.

Ironically the article I wrote (yes it's written by me) was actually meant to reiterate that on some occasions my being an Indian Muslim film star is misused by bigots and narrow minded people who have  misplaced religious ideologies for small gains....and ironically the same  has happened through  this article...once again.

The reason for this primarily is....I think some of the people have not even read it and are reacting to comments of people, who in turn have also not read it. So I implore you all to first read it.

Second if you read it, nowhere does the article state or imply  directly or indirectly that I feel unsafe....troubled or disturbed in India.

It does not even vaguely say that I am ungrateful for the love that I have received in a career spanning 20 years. On the contrary the article only says that in spite of bigoted thoughts of some of the people that surround us....I am untouched by scepticism  because of the love I have received by my countrymen and women.

I will paraphrase the beginning and the end of the article to clarify and substantiate my stand.

"Then, there is the image I most see, the one of me in my own country: being acclaimed as a megastar, adored and glorified, my fans mobbing me with love and apparent adulation..

So I am a Khan, but no stereotyped image is factored into my idea of who I am. Instead, the living of my life has enabled me to be deeply touched by the love of millions of Indians. I have felt this love for the last 20 years regardless of the fact that my community is a minority within the population of India. I have been showered with love across national and cultural boundaries, they appreciate what I do for them as an entertainer - that's all. My life has led me to understand and imbibe that love is a pure exchange, untempered by definition and unfettered by the narrowness of limiting ideas.

Sometimes, they ask me what religion they belong to and, like a good Hindi movie hero, I roll my eyes up to the sky and declare philosophically, "you are an Indian first and your religion is Humanity", or sing them an old Hindi film ditty, "tu hindu banega na musalmaan banega - insaan ki aulaad hai insaan banega" set to Gangnam style.

Why should not the love we share be the last word in defining us instead of the last name? It doesn't take a superstar to be able to give love, it just takes a heart and as far as i know, there isn't a force on this earth that can deprive anyone of theirs.

I am a Khan, and that's what it has meant being one, despite the stereotype images that surround me. To be a Khan has been to be loved and love back...."

Please I implore everyone here to read the article and convey through your respective mediums of communications, all the good things that it expresses  to youngsters and my fellow Indians. It is a heartfelt and extremely important aspect of my life, an appreciation of love that all of you have bestowed upon me and also a point of view from my being a father of two young children

I would like to tell all those who are offering me unsolicited advice that we in India are extremely safe and happy. We have an amazing democratic, free and secular way of life. In the environs that we live here in my country India, we have no safety issues regarding life or material. As a matter of fact it is irksome for me to clarify this non-existent issue. With respect I would like to say to anyone who is interpreting my views and offering advice regarding them, please read what I have written first.

Also some of the views that I have been made to read are just an extension of soft targeting celebs and creating an atmosphere of emotional outbursts and divisiveness based on religion...in the minds of some. I implore everyone to understand, that my article is against exactly this kind of giving in to propaganda and aggressiveness. Lets not be misled by tools which use religion as an anchor for unrest and a policy of divide and rule.

I would also like to add here, that my profession as an actor makes me, liked beyond the borders of my nation and culture. The hugs and love that I am showered upon by Nationalities all around the world, make me safe all over the globe, and my safety has genuinely never been a matter of concern to me...and so it should not be a matter of concern to anyone else either.

We are all educated and patriotic people. We do not have to prove that time and again because of divisive politics of a few.

My own family and friends, are like a mini India...where all religions, professions and a few wrongs included, all are treated with tolerance and understanding and regard for each other. I only sell love...love that I have got from millions of Indians and non Indians....and  stand indebted to my audience in my country and around the world. It is sad that I have to say it to prove it, in my country, which my father fought for, during the Independence struggle.

That's my piece and having said all this...I would like to request all of you present here....that henceforth ask me questions regarding....my next movie. The songs that I have recorded. The release date of my film. The heroines cast in it. The Toiffa awards in Vancouver, because I am an actor and maybe I should just stick to stuff that all of you expect me to have a viewpoint on. The rest of it...maybe I don't have the right kind of media atmosphere to comment on. So I will refrain from it.

And please if you can...put all I have said on your channels, or mediums of communication, in the exact same light as I have said it and meant it in. 24 hrs of unrequired controversy is more than enough for all of us I assume. So do not sensationalize and hence trivialize matters of national interest and  religion any further and drag a movie actor  in the middle of it all...and let me  get back to doing what I do best....making movies.