We Have Your Number

Opponents of Aadhaar have included advocates of privacy rights. The number however, is linked to limited personal information, with no profiling data included. 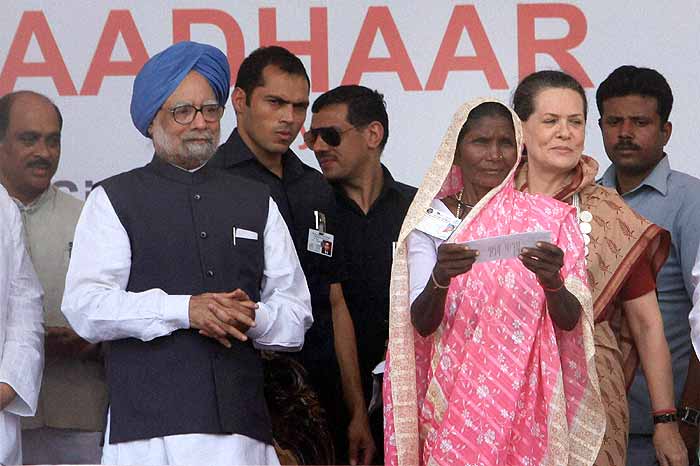 Today few question that globalisation has brought enormous benefits to India, including fast economic growth. But as India enters the new decade, concern has emerged that recording high growth is no longer enough. Rather, India needs to closely examine the impact of its economic rise and where it leads, both within the country and the relationship with the rest of the world. A new initiative by the government to provide identity to all Indian residents, laying the foundation of inclusive growth, and bring in more than a billion, mostly poor Indians, into the globally connected market.

The Indian economy is certainly at a new normal: It experiences high growth rates and integrates with global markets with speed; trade accounts for well over 53 percent of GDP; more than $64 billion in foreign direct investment was logged in 2009-10. The country’s strength in the midst of the recent global economic crisis confirmed what many had suspected: India’s growth arc is sustained and resilient.

India’s defining feature has long been its large population, and this continues to be the case as the nation experiences the largest demographic dividend in world history, an enormous advantage as it globalises. This pool of human capital contributes to India’s production of resources and services and forms a still largely untapped consumer class for world markets.

The scale of this population dividend, however, holds both promise and peril. India’s infrastructure is working to keep up with the demands of transition, and the emerging challenges are most obvious in the nation’s physical infrastructure. Though the government is investing unprecedented amounts in infrastructure, India’s roads and rail are stretched under rapid urbanization and a surging middle class.

Immense pressure is also building on India’s broader social infrastructure. For instance, India has seen millions of new jobs created in manufacturing and construction. But most jobs being created – accounting for 90 percent of India’s labour – are informal and short-term, coming with no social protections or health benefits. As one prominent NGO worker assisting informal labourers noted, “We are seeing opportunity and exclusion go hand in hand.”

These challenges of exclusion in the midst of growth have not gone unnoticed by the Indian state. The government has implemented broad unemployment protections, invested in social security for unorganised workers, and introduced ambitious programs in education and health.

The most dramatic efforts are policy innovations that bring substantial empowerment to the poor. Among the most ambitious of these new initiatives is the Unique Identification effort. The project plans to issue identification numbers – or an ‘Aadhaar’, which means foundation in several Indian languages – to India’s residents, including newborns.

Identity rights may play a similar, equally critical role. Without identity rights, it becomes difficult to create human capital, as residents cannot easily establish trust in their identity and guarantee who they are in order to access services and resources needed to build skills and find employment. A clear recognition of the individual, his or her registration with the state, is thus essential to ensure economic participation and enforce their rights. The government could, for example, insist on the hiring of individuals after verifying age through Aadhaar to discourage child labour.

With a nationally valid Aadhaar number as identification, individuals would be empowered to access services from mobile-phone connections to bank accounts, as well as social benefits anywhere in India; they would no longer have to negotiate with middlemen and local agencies for recognition. Aadhaar could also broaden globalisation's gains to a much larger population. India’s growth from global access and trade has so far benefited a small proportion of the population in terms of jobs and better incomes. The gains from the IT and business-process outsourcing services industry, and from migrating abroad for instance, went to those with skills, including knowledge of the English language, and technical and higher education. But for the many who lack access to such skills, the gains have been less meaningful. Identity infrastructure could broaden benefits to those long excluded – by making education skills and training easily available to many more in India, through better identification of those who need such services and more focused delivery of these services to them.

Opponents of the Aadhaar number have included advocates of privacy rights. The number however, is linked to limited personal information, with no profiling data included. Submitting a father’s name for example, is not required, allowing residents to adopt any name of their choosing and free themselves from caste identification.

The path that the Aadhaar number offers the country is comprehensive and far-reaching. Dependable identification could spur innovation across the economy – reliable access to social nets could, for example, increase resident mobility and their productivity and incentives to take risk, all critical for any innovation. It would encourage people towards the entrepreneurship experiments that lead to productivity “pops” and new ways of doing business that transform industries.

The success of India’s IT services industry has demonstrated how effectively such transformations can shape India’s growth and global connections. The IT services industry gained from the willingness of young entrepreneurs to take the risks necessary in starting new businesses; it leveraged India’s talent pool of young engineers, and innovated a high-value, low-cost model of bringing IT services to businesses around the world. The long-term benefit of this was immense: Exposure to global projects enabled India to develop its IT human capital, technological know-how and process sophistication, now utilized in efforts such as the Aadhaar initiative.

With Aadhaar, India has the chance to mirror the success of the IT industry across the economy – empowering residents to compete, take risks and participate in global markets. This in turn, would give them the opportunity to develop know-how, consolidate efforts and innovate on their own to contribute to the global economy. India has the opportunity to build a template for growth that is valuable to not just ordinary Indians, but also to economies around the world.

Nandan Nilekani is chairman of the Unique Identification Authority of India (UIDAI), former chief executive of Infosys and author of Imagining India: The Idea of a Renewed Nation. The article represents his personal opinion. Courtesy: YaleGlobal Online Rights:Copyright © 2011 Yale Center for the Study of Globalization