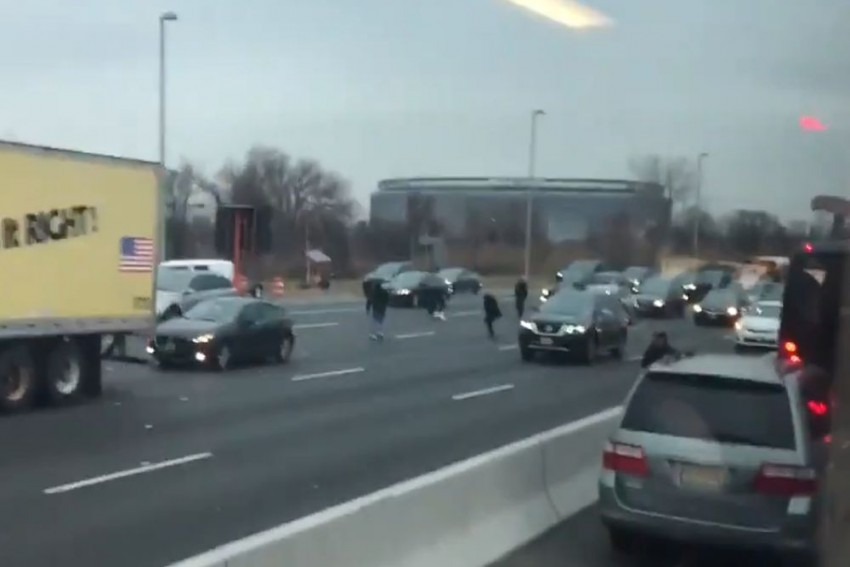 It's snowing money in New Jersey. People stopped their cars in the middle of the highway to pick cash spilled by an armoured truck.
Twitter
Outlook Web Bureau December 15, 2018 00:00 IST Watch: Cash Rains In New Jersey As Armoured Truck Crashes On Highway 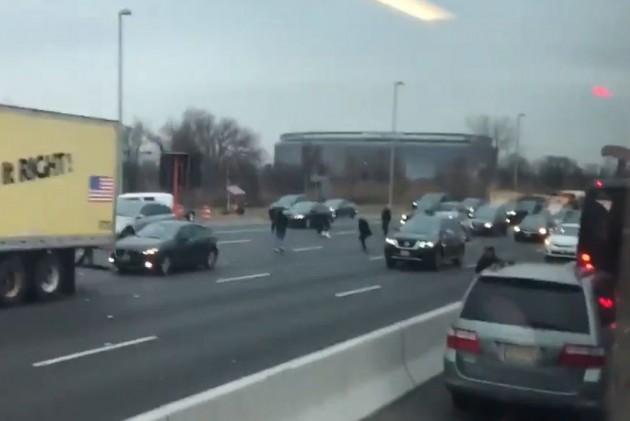 In a bizarre incident, money rained on a highway in New Jersey, United States after an armoured truck crashed and spilled loads of money bills. The incident led to several crashes as the commuters stopped the vehicles abruptly to grab the cash.

The incident happened near Metlife Stadium, near New York City.

According to ABC news, the truck was driving through Route 3 in East Rutherford in the peak hours of Thursday morning when it crashed and spilled money on the busy highway.

The amount spilled is still unaccounted, as quoted by ABC news.

The case is now being probed by police detectives. Authories said that the act of pocketing cash will considered a theft. They are tying to track people who were involved in both, "stealing" and causing accidents through videos posted on social media.

East Rutherford police Detective Lieutenant Mike Gianscaspro told ABC, "It's theft of mislaid property... so we're not looking to charge anybody, we're just looking to get the money back to Brinks."

Detectives are still investigating the incident based on the visuals gathered on social media.