Watch: Akhilesh Yadav In And As Raees, Starring Modi, Mulayam And Dimple Yadav In Lead Roles 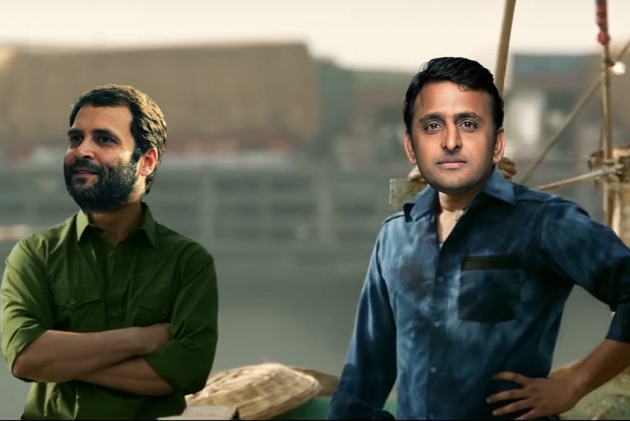 With UP elections just around the corner and the epic battle within the Yadav family, the shocks and the surprises, the only thing that  was missing in this Bollywood like drama, was a Bollywood like trailer,.... until now.

It took not much time to get inspired from another Khan and create a mash-up which shows Akhilesh Yadav mouthing the words of the film Raees. And ofcourse, there are side characters and the antagonist, played by Narendra Modi.

Not much time ago, Uttarakhand CM Harish Rawat met with the same fate, where social media showed him as the iconic character of Bahubali.

The video shows Rawat being the ultimate saviour, with Narendra Modi and Amit shah acting as mere spectators, in awe of the CM.