The Bholath MLA's attack on the Sangrur MP comes a day after Mann had called Khaira and Sandhu as "opportunists". 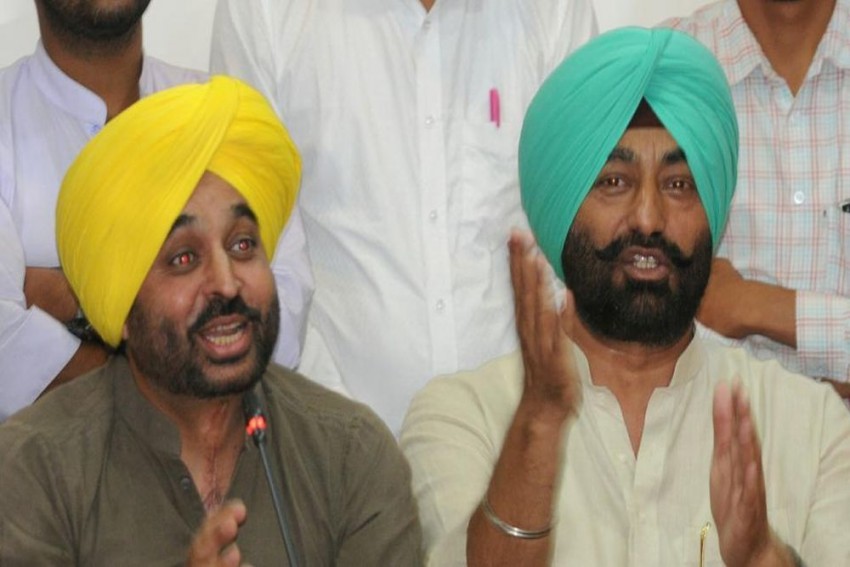 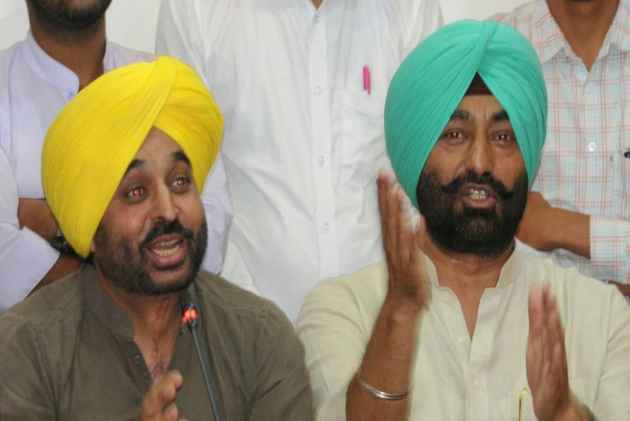 Hitting out at Bhagwant Mann, leader of AAP's dissident MLAs Sukhpal Singh Khaira on Wednesday claimed the Sangrur MP's "outbursts against him and party leader Kanwar Sandhu were out of "sheer frustration and personal hatred".

Khaira also claimed that Mann's resignation, after Delhi Chief Minister Arvind Kejriwal's apology to SAD leader Bikram Singh Majithia, was tendered as part of "strategy" with the consent of the party leadership in Delhi. Khaira also said that he and the MLAs supporting him would hold a massive march in October which would start from Talwandi Sabo.

The Bholath MLA's attack on the Sangrur MP comes a day after Mann had called Khaira and Sandhu as "opportunists".

Khaira asked Mann if the issue of AAP convenor Kejriwal's apology to SAD leader Bikram Singh Majithia had "ended" for him after "agreeing" to resume the post of chief of state unit.

Khaira said Mann's "outbursts" against him and Sandhu were out of "sheer frustration and personal hatred".

"During a meeting at my home four months back, senior AAP leader Manish Sisodia told me you react too early on every issue. He told me that Mann's resignation (from the post of president state unit) was part of strategy and he resigned with our consent," claimed Khaira while addressing media in Chandigarh.

Sisodia told me that I could also resign (as LoP in Assembly) with their consent and there will not be any problem, Khaira said.

"I told Manish ji I am not a man of double standards," Khaira claimed.

Khaira asked Mann if he had given his approval to Kejriwal's apology after accepting the post of state unit chief.

"I want to ask Mann that you gave resignation on Kejriwal's apology...You have now accepted the post of state unit chief. Does it mean that issue of Kejriwal's apology has ended for you and you have given your approval to it," asked Khaira.

Replying to the Mann's charge that Khaira was fighting only for the "chair", Khaira said the MP's statement had upset him.

"I was not expecting such a statement from Mann. He had described me as courageous in his tweet. What sin have I committed in the last seven days which prompted Mann to make such a statement," said Khaira.

On Mann demanding that Khaira and Sandhu should resign, Khaira put a counter-question. Does AAP belong to any individual? he asked.

Rebutting Mann's charge of him being an "opportunist", Khaira said he entered politics with Congress in 1997 and joined AAP in December 2015.

"But Mann was first with Lok Bhalai Party, then he joined Manpreet Badal's PPP and thereafter he moved into AAP. And now he calls us opportunist. People will judge him," said Khaira.

Asserting that he was against the party's decision to remove him in an "undemocratic" manner, Khaira said he would not become the LoP even if the party offers the post to him.

Kharar MLA Kanwar Sandhu asked Mann and other MLAs whether they opposed the call for autonomy for the Punjab unit.

Sandhu said they were compelled to raise the voice for autonomy in Punjab unit after party's graph was sliding fast in the state.

"After we went through the party's constitution, we came to know that the party has given immense power to volunteers. There has not been any state political affairs committee (PAC) and state executive committee yet in the state. The party was not functioning at all," claimed Sandhu.

There have not been in-charges in 55-60 assembly constituencies, he claimed.

Asked what if the party acts against them, Sandhu said "how" could they stop it but added it would be a wrong precedent as they were fighting to strengthen the party.

On the Mann's allegation that Khaira had refused to give his official residence for party activities, Sandhu said it was not possible neighbouring residents had raised objections many a time over holding of press conferences in that house.

Khaira said he campaigned in 38 Vidhan Sabha constituencies for the party and called the allegations of Mann in this regard as baseless.