JPMorgan's Managing Director and Head of Natural Resources Group for Asia Pacific on the much debated, and delayed, clearance of the BPCL and HPCL disinvestment process. 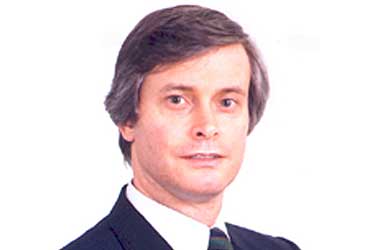 Philip Jackson: Undoubtedly there was a sense of disappointment as a result of the delay but those with real interest a year ago will remain committed. India is too important a market to overlook, whatever the timing of disinvestment. Disinvestments are complex processes where governments need to give due consideration to a number of constituencies before they decide how to move forward. Once the decision to proceed has, however, been taken it is important, in terms of maximisation of value, for the timetable to be clear, realistic and observed by all.

Arijit Barman: Do you feel the Iraq crisis will have any impact on the process (bidding, valuations etc) in the near future?

Philip Jackson: Instability in the Middle East has kept oil prices high and created real uncertainty in the markets. There are winners and losers. Producers of oil have done well - and may therefore be in a better position to invest. Internationally, those involved in the downstream marketing businesses have sometimes not been able to pass on higher oil prices in totality and their profitability has fallen. This may limit their ability to participate.

Certainly, investors will look carefully at both HPCL and BPCL's results to gauge their ability to weather the current storms. Current market conditions will be seen as a good "stress-test" of India's liberalisation of energy prices.

Arijit Barman: The actual process of disinvestment is multi-layered and time consuming. Keeping that in mind, what kind of a time frame are you looking at in the actual sale and transfer of management? 2003-04 is an election year in India, so do you feel political considerations may subvert the process? After all disinvestment has been a political hot potato.

Philip Jackson: It will be for the government and its advisers to fix a disinvestment timetable which takes account of the wide range of operational and legal matters that need to be resolved in any such process.

At JPMorgan, we believe it will be possible to undertake at least one of the BPCL / HPCL disinvestments before the next scheduled election. Elections always provide uncertainty.

As a businessman coming to India since 1980, I am often struck by the regularity with which democracy is observed. Disinvestment processes are on a longer cycle and the political challenge is to show strong leadership in the debate over the benefits such structural reforms can bring, as any ambivalence is quickly detected by both voters and investors.

Arijit Barman: The strategic investor in HPCL will not have a completely free hand in running the company even though the government will be left with a mere 12% equity in the oil company after its disinvestment. A series of articles in the sales agreement with the strategic investor has been included. They include:

Now with so many clauses, don't you think investors will think twice before bidding for HPCL? Won't these clauses actually deter companies from bidding?

Philip Jackson: It is more the rule than the exception that disinvesting governments seek to provide limits upon certain actions of an incoming investor. Sometimes this is done through legislation, sometimes through the Memorandum and Articles of Association. The rules need to be clear as they will affect price.

Through one side of the prism, constraints imposed can affect future access to capital, competitiveness and the future growth of the company ; through another they protect other constituencies important to government. Certainly, investors would want clarification of the circumstances in which some of the more open-ended constraints would apply.

For disinvestment processes not to be impugned, they need to result in orderly transitions. There have been instances internationally when discretions reserved seemingly for the protection of the public interest have back-fired in that they have caused governments to be embroiled in controversies at politically inopportune moments. It may therefore be in the government's interest to limit (by time or voting majority required) the operation of some proposed constraints.