Gurpratap Boparai to take over as MD of VW and Skoda 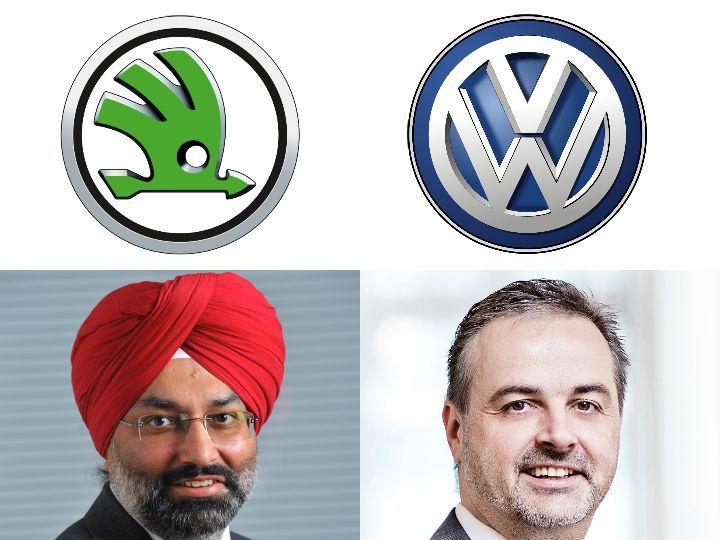 Volkswagen India has announced that the company is restructuring its management structure, which will go into effect from January 1, 2019. The reins of Volkswagen’s India operation will be handed to Gurpratap Boparai who currently serves as the managing director for Skoda India. As a part of the restructuring, Boparai will be taking over as MD for Volkswagen’s India operations as well. According to the statement issued by the company, “In the future, all Group brands will continue their operations under the leadership of Mr Gurpratap Boparai with a common strategy in the Indian Market.”

Another key appointment of the restructuring is that of Pavel Richter as the technical production director. He will be leading the production responsibilities of Volkswagen Group in India. The new management team has been tasked with implementing the India 2.0 project as a means to attain a 5 per cent combined market share by 2025. The India 2.0 revolves around localising the MQB-A0 platform in India. The first SUV based on the platform will be from Skoda and is expected to arrive by 2020.

Here’s the complete statement issued by the Volkswagen Group

Mumbai/Pune/Aurangabad, 20 November 2018 – As part of the ‘INDIA 2.0’ project, the Volkswagen Group plans to sustainably strengthen its position in the Indian market. The Volkswagen Group in India is restructuring its management in order to use the existing synergies more efficiently in the development of this important growth market. Mr. Gurpratap Boparai, currently Managing Director of SÌŒKODA AUTO India Private Ltd., will also become Managing Director of the Volkswagen India Private Limited (VWIPL) with effect from

1 January 2019. In the future, all Group brands will continue their operations under the leadership of Mr Gurpratap Boparai with a common strategy in the Indian Market. The restructuring of the Volkswagen Group companies in India is planned for next year, subject to regulatory approvals.

The Volkswagen Group is placing the responsibility for implementing the ‘INDIA 2.0’ project in the hands of the newly formed management team. The aim of this measure is to make more efficient use of existing synergies and to establish more agile coordination processes so that decisions can be made more quickly and flexibly.

With effect from 1 January 2019, Mr Gurpratap Boparai, currently Managing Director of SÌŒKODA AUTO India Private Ltd., will also become Managing Director of Volkswagen India Private Ltd. (VWIPL). Mr Pavel Richter, Technical Director of Production in the ‘INDIA 2.0’ project will lead production responsibilities for the Group in India. As part of the restructuring, Dr Andreas Lauermann will be moving to the Volkswagen Group by end of the year to take on new responsibilities.

Mr Bernhard Maier, SÌŒKODA AUTO CEO, explains: “India is an important and attractive growth market for us. Our goal is clear: In this highly competitive environment, we aim for a combined Volkswagen and SÌŒKODA market share of up to 5% by 2025. Based on the MQB A0-IN platform from 2020, we will be offering the right models to unlock the Indian market’s potential.”

Mr Gurpratap Boparai, Managing Director of SÌŒKODA AUTO India Private Ltd. Head of ‘INDIA 2.0’, adds: “With the introduction of the new management structure, we are laying the foundations both for the joint implementation of ‘INDIA 2.0’ and for achieving our goals in India: we will secure employment in India, create new jobs, attract talent and launch high quality and attractive vehicles on the market.”

As part of ‘INDIA 2.0’, SÌŒKODA will be responsible for the Volkswagen Group’s model campaign on the Indian market. To best meet the needs of Indian customers, SÌŒKODA AUTO has been focusing on maximum market proximity from the very start. All future models to be developed and produced locally in India will be based on the Volkswagen Group’s modular transverse matrix (MQB). This platform already meets the stricter legal requirements in India, which will come into force in 2020. In this context, SÌŒKODA is developing the MQB-A0 IN sub-compact platform exclusively for the Indian market. The model campaign will be launched in 2020 with an SUV. In the second phase of the project, SÌŒKODA will be examining the possibility of exporting vehicles built in India.