Volkswagen Ameo Gets 1.0-litre Petrol Engine; To Set Out For Multi-city Road Show

Prices and the list of variants of the Ameo petrol remain unchanged. The new engine replaces the existing 1.2-litre unit 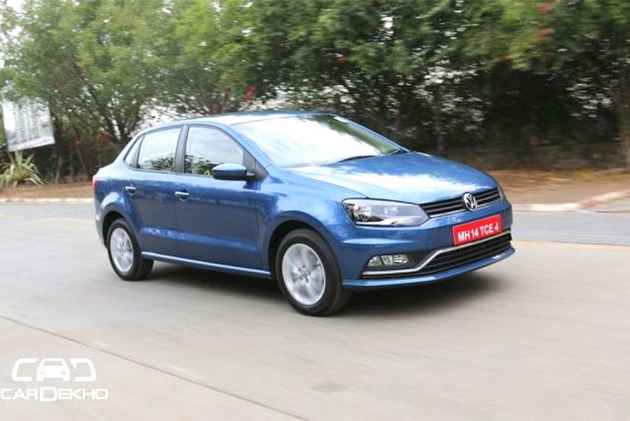 In March 2018, Volkswagen launched the Polo with a 1.0-litre petrol engine, replacing the older 1.2-litre unit. Now, after a month, the German carmaker has done the same with its sub-4m sedan, the Ameo.

The Ameo gets the same engine as the Polo without any change to the output. The 1.0-litre petrol engine makes 76PS of maximum power and 95Nm of peak torque, 1PS and 15Nm lesser than the outgoing 1.2-litre engine. Like the older engine, the 1.0-litre engine is also mated to a 5-speed manual transmission only. With this, the Ameo petrol becomes the least powerful car in its segment, which comprises of the Tata Tigor, Maruti Suzuki Dzire, Ford Aspire and the upcoming Honda Amaze.

Other details like the variants, features and prices remain unchanged. The Ameo petrol is still available in five variants - Trendline (Rs 5.5 lakh), Comfortline (Rs 6.14 lakh), Comfortline Plus (Rs 6.44 lakh), Highline (Rs 7.15 lakh) and Highline Plus (Rs 7.45 lakh) (all prices ex-showroom pan-India). At present, Volkswagen dealerships still have stocks of the Ameo 1.2 petrol, but we expect the Ameo 1.0-litre to hit showrooms soon.

Volkswagen is also organising a multi-city Ameo roadshow that will travel through 250 cities across India covering over 30,000km, starting from April 14, 2018. The roadshow will commence from Maharashtra in the West, Uttarakhand and Haryana in the North and Karnataka in the South. Since Volkswagen doesn’t have as wide a network as Maruti Suzuki or Hyundai, the roadshow is aimed at creating brand awareness. Those who are interested in buying the Ameo will be able to test drive and book the car on the spot. The carmaker will also offer options to finance the car.