US Pulls Out Of 'Shameless' UN Human Rights Council 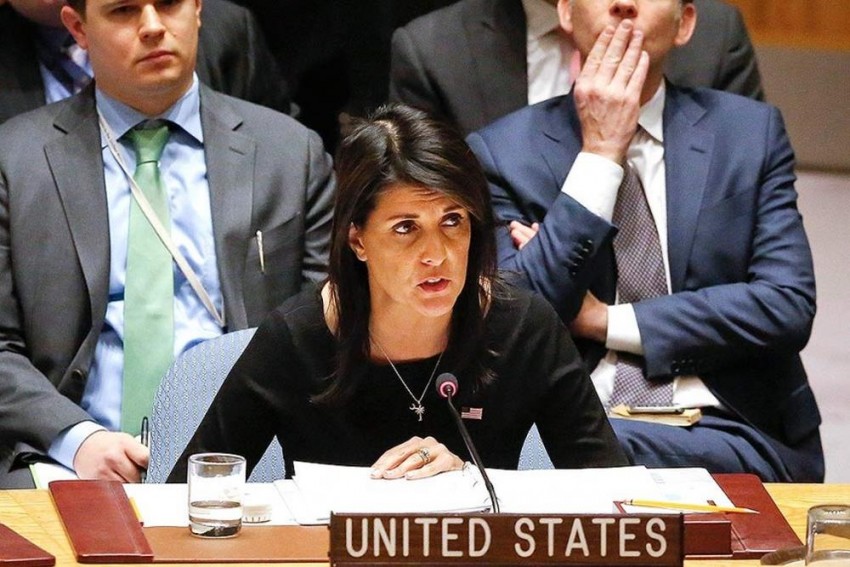 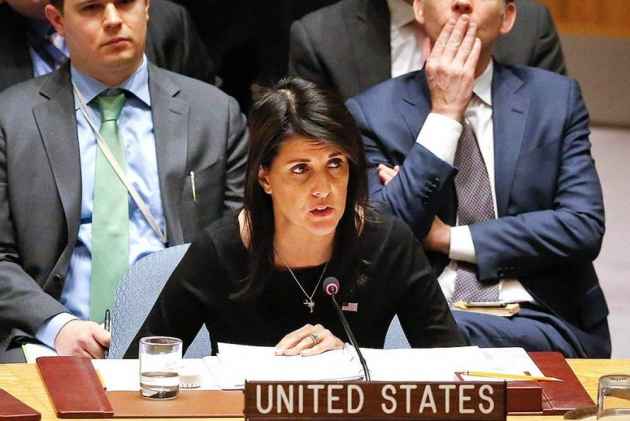 The US has withdrawn from the UN Human Rights Council condemning what it described as the UN body's "shameless hypocrisy".

The decision to pull the US out of the UN Human Rights Council was announced by US ambassador to the UN Nikki Haley who also criticised the council for a "disproportionate focus and unending hostility toward Israel".

She claimed that human rights abusers continue to serve on and be elected to the council.

The world's most inhumane regimes continue to escape scrutiny, and the council continues politicising and scapegoating of countries with positive human rights records in an attempt to distract from the abusers in their ranks, she said.

"Therefore, as we said we would do a year ago if we did not see any progress, the United States is officially withdrawing from the UN Human Rights Council," Haley said.

In doing so, Haley made it crystal clear that this step is not a retreat from human rights commitments.

"On the contrary, we take this step because our commitment does not allow us to remain a part of a hypocritical and self-serving organisation that makes a mockery of human rights," she said.

Haley also criticised the council for a "disproportionate focus and unending hostility toward Israel," citing a series of resolutions highlighting alleged abuses by the Israeli government of Palestinians in Gaza and the West Bank.

Secretary of State Mike Pompeo alleged that the council enables abuses by absolving wrongdoers through silence and falsely condemning those who have committed no offence.

"We have no doubt that there was once a noble vision for this council. But today, we need to be honest – the Human Rights Council is a poor defender of human rights," Pompeo told reporters at a joint media appearance with Haley.

"Worse than that, the Human Rights Council has become an exercise in shameless hypocrisy – with many of the world's worst human rights abuses going ignored and some of the world's most serious offenders sitting on the council itself," he said.

A mere look around the world today demonstrates that the council has failed in its stated objectives, he said.

"Its membership includes authoritarian governments with unambiguous and abhorrent human rights records, such as China, Cuba and Venezuela," Pompeo said.

"The US -- which leads the world in humanitarian assistance and whose service members have sacrificed lives and limb to free millions from oppression and tyranny -- will not take lectures from hypocritical bodies and institution as Americans selflessly give their blood and treasure to help the defenceless, he said.

Applauding the decision, Senator Marco Rubio said that it is a travesty that countries such as Venezuela, China, and Cuba would even be considered for membership on this council.

Rubio said he is gravely concerned that US security partners such as Saudi Arabia and Egypt also continue to fall in this category.

"I implore them to fundamentally improve their human rights practices.

"If the UN Human Rights Council wants to maintain any shred of credibility, basic respect for and protection of human rights must be a prerequisite for membership and the council must end its hostility toward Israel. Until that is the case, the US should have nothing to do with this broken institution," Rubio said.

However, the opposition Democratic party opposed the move.

"The United States should be leading the world on human rights, not retreating into isolation and separating young children from their families," said Democratic National Committee (DNC) chair Tom Perez.

Israel's Ambassador to the UN Danny Danon welcomed the announcement by the US.

"The Human Rights Council has long been the foe of those who truly care about human rights around the world. The US has proven, yet again, its commitment to truth and justice and their unwillingness to allow the blind hatred of Israel in international institutions to stand unchallenged," he said.

China Slams US Trade Threats As 'Blackmail', Warns Of Countermeasures