US Presidential Elections- Why Some US States Like Trump's Tantrums

The Diatribes Of The Republican Nominee May Hurt The Party Now, And In The Long Run 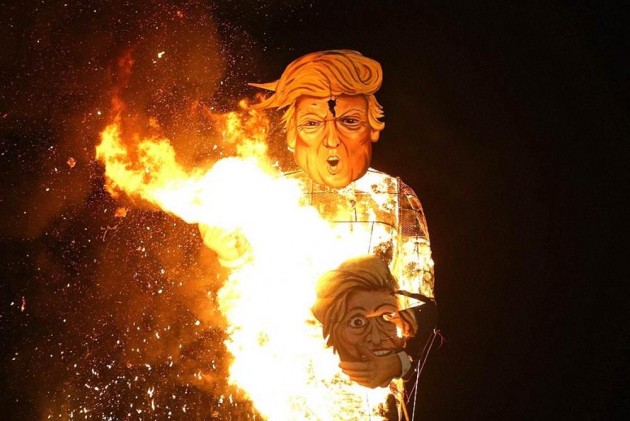 The 2016 US Presidential election has been a very unpredictable one with polls swinging wildly. The other reason why it has been unpredictable though is also due to Trump’s candidacy. Trump’s candidacy, in many ways, is changing the established expectations about how the US will vote in the elections. The working-class whites, for instance, have tended to be Democrats because of unionized labour but that is not the case this time around. They appear to be leaning towards Trump because of huge problems with the manufacturing sector in the US.

While globalisation and international trade have benefited the US as a whole, it has had quite a negative effect in the industrial heartland in states like Michigan, Ohio and Pennsylvania. While Ohio has usually been a bell-weather state, Pennsylvania and Michigan have been traditionally democrat-leaning and have voted for democrats in presidential elections consistently over the past several elections. Earlier in the campaign, both states seemed categorically democratic with Hillary Clinton leading by double digits in some polls but in the last few weeks, the polls have tightened considerably in both of them and Clinton is leading only by a few points in both states according to several poll aggregators (averages of opinion polls).  Clinton is now forced to depend on minorities in both states and this is also seen as being significant from both the campaigns in the closing days, with even President Obama visiting both Michigan and Pennsylvania to shore up support for Hillary.  As of now it appears Hillary will win both.  The fact remains thought that these two states, which were traditionally democratic, are now competitive, and it speaks volumes about the unpredictability of this election.

Trump though has also affected the election in other ways which have been detrimental to his cause. For example, he has repeatedly alienated the Hispanic population. The Hispanics are one of the fastest growing demographics in the US and it is likely that they will make a crucial difference to the outcome of the election in critical states such as Florida and North Carolina.  These are both states that Trump absolutely has to win. Early voting indicates though that these are also states which have a much larger proportion of Hispanics who have registered and will turn up to vote. While it is possible that some of them may have voted for Trump, it is more likely that the increased turnout of Hispanics will benefit Hillary Clinton.

Trump’s railing against Hispanics as illegal migrants, rapists and murderers has even affected the traditional republican Arizona, which is also home to growing population of Hispanics.  Though recent state polls in Arizona show that the polls there are more comfortable for Trump (these polls have narrowed dramatically in favour of Hillary for a period of time).  The fact that there is even an iota of doubt about a reliable-red state like Arizona illustrates the kind of problems that Trump has on his plate.  Again, there are bigger and longer term problems for the Republican party with Trump’s anti-Hispanic messaging. After the 2012 elections, the Republicans had decided that they needed to reach out to the Hispanics and other minorities if they had to have a reasonable chance in future elections.  That message has taken quite a bit of a beating courtesy Trump who has set the Republican party back substantially with all minorities.

Irrespective of the outcome of the elections, the Republican party has significant problems because it can either remain a party of white anger and perennially lose presidential elections or find a way to overcome Trump’s legacy.  Both are difficult paths.  Though the party may want to repudiate Trump after the elections, the party itself has been tainted by his blatant and open racism and other flaws.

Though there is a bit of uncertainty, Hillary clearly has the lead in both national level polling as well as in the more critical state level polling.  It would therefore come across as a huge surprise if the American pollsters are wrong.  Though opinion polling regarding Brexit is a cautionary tale, American polling is far more complex, much more advanced and has so far shown to be much more consistent. In another 24 hours, or so, we will know if that prediction holds ground.