Man Held In UP For Uploading Video Of Him Holding Gun 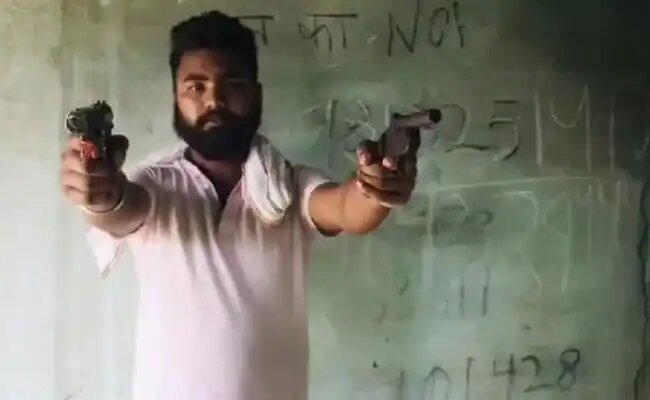 Uttar Pradesh police on Tuesday said that a man has been arrested for uploading a video of him brandishing a gun on a social media site where the accused is also heard to declare that he wanted to become a "don".

Tronica City police from the Japti area in Loni nabbed Hrtik Malik after the video went viral on social media.

Malik was seen flaunting a country-made pistol of .315 bore and a toy gun in the video, both were confiscated.

"Malik said he had uploaded photos and the video with two pistols (one being a toy gun) to create fear among people,” he said, adding that the accused aspired to become a "don", chief of a criminal gang, in western Uttar Pradesh.

He has been arrested under Indian Penal Code sections 188 (disobedience to order duly promulgated by public servant) and 336 (one who does an act so rashly or negligently as to endanger human life or the personal safety of others), according to Singh.

Malik has also been charged under provisions of the Arms Act.