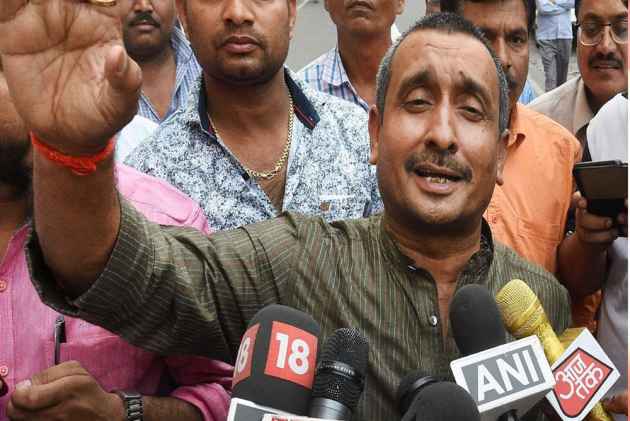 The CBI has filed a chargesheet against Uttar Pradesh BJP MLA Kuldeep Singh Sengar in connection with alleged rape of a teenager at his residence, officials said on Wednesday.

The victim had alleged that she was raped by the MLA from Bangarmau in Unnao at his residence on June 4, 2017, where she had gone with a relative seeking a job.

Faced with embarrassment, the BJP government in the state had recommended a CBI probe in April this year.

Sengar is a four-time MLA.

A purported video of the girl's father before his death had gone viral in which he had alleged that he was mercilessly beaten up, including with rifle butts, by the MLA's brother and others in the presence of police.

Earlier, the Allahabad high court slammed the inaction by the Uttar Pradesh government and the state police. The court underlined that in spite of complaint from the victim to chief minister Yogi Adityanath on August 17, 2017, no substantial action was taken by the police.