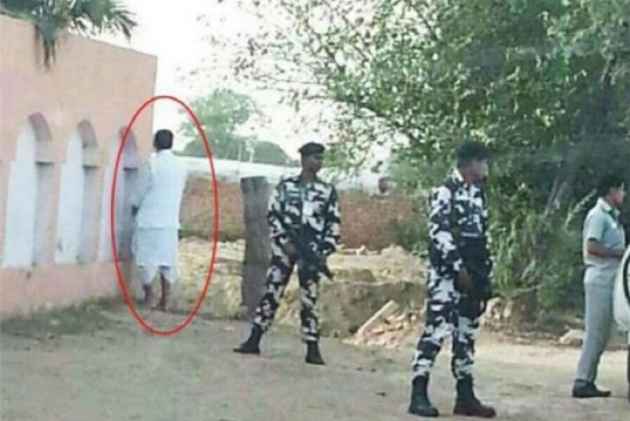 Union Agriculture Minister Radha Mohan Singh was caught urinating in public, the undated images of which are being widely shared on social media.

Initially, the Rashtra Janata Dal(RJD) had shared the picture of the minister on its Twitter handle.

According to a report by News18, the photo was captured during  the Union minister's visit to Motihari which falls in his East Champaran constituency in Bihar.

Radha Mohan was in Motihari on June 25 to address a gathering on the 42nd anniversary of Emergency,  according to the tweets from his social media handle.

Subsequently, he also addressed BJP workers at the party’s district office in Motihari. He was elected to the Lok Sabha for the fifth time in 2014.

The minister had earlier created controversy by attending a yoga event led by Baba Ramdev at a time when there were massive protests over the death of 5 farmers  in Madhya Pradesh.

Here's how people reacted on Twitter after the minister's picture went viral:

@RadhamohanBJP shame on you ! Cc @AmitShah @narendramodi fire him and set an example. https://t.co/bQ3xvafK6I

Dear @narendramodi Show him the door. @RadhamohanBJP Shame on u ..u could have gone in any of the houses there. @AmitShah https://t.co/RZy9t7lEvC

We have heard that Modi has finished 'Laal Batti' culture. What is this Mitron?? @RadhamohanBJP