Instead of taking a clear path towards net neutrality, the DoT panel has tried to strike a balance to make everyone happy. It just doesn't work. 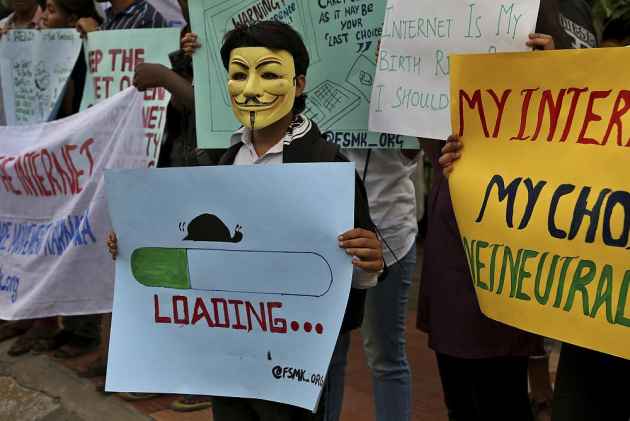 Pretty soon, free voice calls through mobile apps like Whatsapp, Viber and Skype will no longer remain 'free'. If the proposals of a Department of Telecommunications (DoT) panel on net neutrality are approved by the government, all free internet based calls will fall under the same rules as normal voice calls on the mobile and be regulated and charged in the same way. Worse, the panel's proposal to give selective clearance to zero-based platforms — where some sites are offered to users for free — may permanently change the way internet is used in the country.

The panel attempts to strike a favourable chord for internet neutrality. But it falls short of drawing a clear line for a regime that favours net neutrality.

The basic essence of net neutrality is that everything on the Internet would be considered equally whatever the service. But the proposals seem to make a distinction and seek to treat them differently. Even though the panel understands that anti net neutrality practices would harm the internet, its approach to the issue shows that the best way to deal with this is not by banning, but by regulating.

Its proposals also seem to be tilted in favour of telecom service providers, acceding to many of their demands like bringing voice calls over the internet under a regulatory regime or allowing zero-rating services. It is clear that instead of taking a clear path towards net neutrality, the panel has tried to strike a balance to make everyone happy, the telcos, the consumers and the regulator. But it lands short of that. At best, its proposals seems to be a compromise where it has made all parties equally unhappy as there is no clear advantage for anyone.

There are many questions that need answers and clarifications. The panel's proposals on zero-rating platforms for starters are ambiguous. While the panel has asserted that the Airtel zero rating platform, the first one to hit the road, was against net neutrality, it has proposed to treat zero-rating platforms on a case-to-case basis. This essentially means that the option to allow such platforms would be left open and selective clearance would be given to some proposals. So if Airtel's zero rating platform was against net neutrality, how would any other similar platform be justified or uphold net neutrality? It is also a fact that this would give too much discretionary power to DoT officials and perhaps also open up ways of corruption.

It is a given that zero rating platforms would tend to give preference and free access to some websites who would be favoured by the platform-owning telco or who would pay to be on the platform. The question is what happens to the huge universe of start ups? While they would be available in the open internet for anyone to access, many of them, especially those which cannot afford to pay to be on popular zero-rating platforms, will be out of reach of a large mass of people who access that platform. That would be a body blow for many start ups, many of whom work on shoestring budgets and may not be able to afford high platform fees.

It will also change the way Over The Top (OTT) services are accessed on the internet and will bring in a paid regime for what is now essentially free. There is also ambiguity and lack of any clarity on which zero-rating service would be allowed and on what basis. Obviously, on the surface, this would make the telcos happy, and will calm them as most of them were game to such platforms as a new avenue to get revenue out of internet-based services.

Bringing internet phone calls from services like Whatsapp, Viber and Skype under licensing and regulatory regime is another such move which lacks clarity as to what the government's policy towards these would be. It is obvious that an attempt has been made to protect voice call revenue losses of telcos. This, as is largely understood, could have easily been done by easing the revenue the telcos are made to share with the government. Instead, the government wants to regulate internet voice calls and possibly bring them under a paid regime.

This would make telcos, who have been fighting for this for long, happy, as internet calls have been eating into their voice revenues which have been constantly falling over the last couple of years. But it is open to interpretation over how these would fit into the regulatory framework designed for normal voice calls and whether they would be charged or not. There is also a lot of ambiguity over special services and managed services over the internet and what their treatment would be.

It would have perhaps been proper for the panel to take a clear cut stance favouring net neutrality rather than the half-baked attitude where the overall purpose is to uphold neutrality but the tone of proposals tells a different story. Of course, the Telecom Regulatory Authority of India (TRAI) will have its say in the matter before the government takes a final call. But TRAI has been without a chairman for two months and may take some time before they send in their recommendations. Let's see what line TRAI takes — and how the government does the final balancing act.