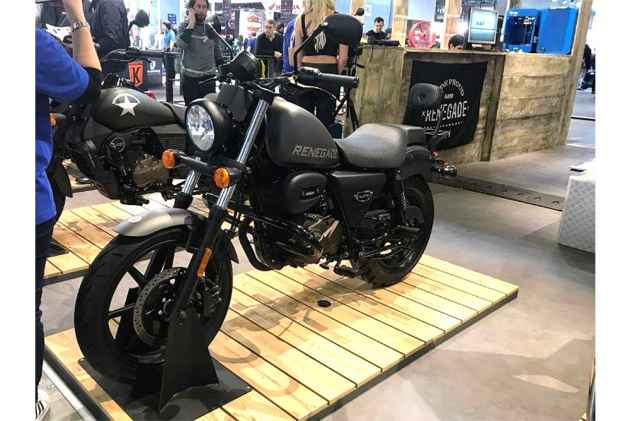 In terms of design, it looks similar to the Royal Enfield Thunderbird. However, it has a more lithe profile and also features blacked out parts and aluminium alloy wheels. Unlike the Thunderbird, however, this cruiser only gets a single-pod instrument console. Highlights of the cruiser include small details like an LED UM logo below the round headlamp, LED lights on all four sides for better visibility (and hence safety), blindspot mirrors, puncture-resistant tyres and a comfortable gel seat.

The Renegade Duty S is powered by UM’s all-new, indigenously-developed 230cc, air-cooled, single-cylinder carbureted engine, which is a radical departure from other UM cruisers that use a 280cc, liquid-cooled and fuel-injected powerplant. The simple architecture of the engine, the company says, has helped it keep the costs down. The new motor makes 18PS of power and 20Nm of torque at and comes mated to a 5-speed gearbox.

The cruiser gets an 18-inch front wheel and a 16-inch unit at the rear. The suspension setup includes telescopic front forks and dual shock absorbers at the rear. Braking is taken care of by a single front disc and rear drum brake.

The Renegade Duty cruiser replaces the Renegade Sport S, which is priced at Rs 1.6 lakh (ex-showroom), as the most affordable offering in UM’s India lineup. With the launch of the new cruiser, two-wheeler enthusiasts now have a plethora of options in the 250cc segment.