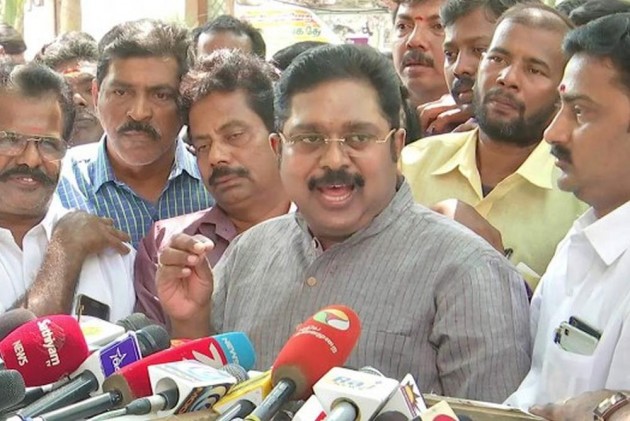 The court has booked Dhinakaran under Sections 120B (criminal conspiracy) and 201 (destruction of evidence) of the Indian Penal Code (IPC) and Section 8 of the Prevention of Corruption Act 1988.

Reacting to the framing of charges against him, Dhinakaran wrote on Twitter, "Due to some vested interest, a case was initiated in the court, stating that I bribed people to get the 'two leaves' symbol. The court has dismissed my plea. I will still continue to fight and prove that this is a false case, in a legal manner."

The Delhi Police in its charge-sheet had alleged that middleman Sukesh Chandrasekar had conspired with TTV Dhinakaran and others to bribe the Election Commission officials to get the two leaves symbol for Sasikala led AIADMK faction.

Out of the nine accused in the case, charges have been framed against four including Dhinakaran, while five have been discharged.

The court further asked Dhinakaran to appear before it on December 4 to sign the copy of charges and fixed December 17 to 22 for the recording of evidence.

Earlier in May this year, the court had dismissed the bail plea of accused middlemen Sukesh Chandrashekhar. He was arrested by the Delhi Police last year and Rs 1.30 crore in cash and a BMW and Mercedes cars were recovered from his possession.