Two 70-Plus Indian Cricket Administrators In The SC Dock 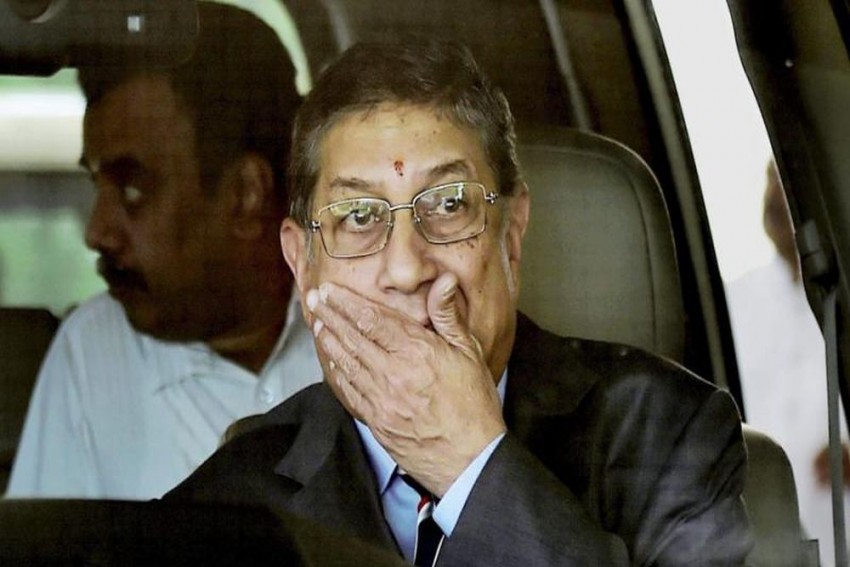 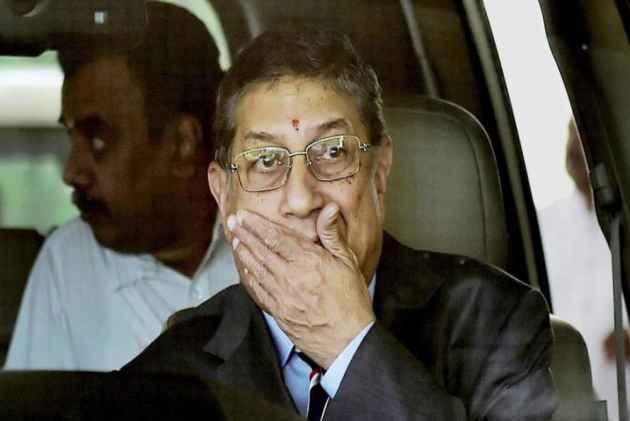 On a day the BCCI welcomed N. Srinivasan-owned IPL franchise Chennai Super Kings back into the fold after a two-year spot-fixing-related suspension, the Supreme Court slapped a notice on the 72-year-old Board president – along with 73-year-old Niranjan Shah, for attending two BCCI meetings despite being barred by the apex court.

Both Srinivasan and former Board secretary Shah -- the oldest BCCI official still active in cricket administration -- were barred on two counts: for being over 70 years of age and for having been a cricket administrator for many more years than a maximum of nine years, the cap recommended by the Lodha Committee. The two veterans attended BCCI meetings on May 7 and June 26, despite the Supreme Court having barred them.

On Friday, the Supreme Court told them to reply to the notice within a week, and fixed the next hearing for July 24 for this purpose.

The notice was served after the Supreme Court-appointed Committee of Administrators (CoA) south the court’s orders in its fourth status report, saying that Srinivasan and Shah were resisting reforms as recommended by the Lodha Committee and accepted by the apex court.

“It is submitted by Mr. Tripathi, learned senior counsel that Mr. N. Srinivasan and Mr. Niranjan Shah have been disqualified by virtue of the 9+9 or 70 years norms, as the

case may be. In view of the aforesaid submission, we issue notice to Mr. N. Srinivasan and Mr. Niranjan Shah,” read the court order.

“Mr. Kapil Sibal, learned senior counsel being assisted by Mr. Amol Chitale accepts notice on behalf of Mr. N. Srinivasan and Ms. Liz Mathew, accepts notice on behalf of Mr. Niranjan Shah and undertake to file their reply to the aforesaid aspect which is a part of the fourth status report within a week hence. Let the matter be listed at 2.00 p.m. on 24th July, 2017 for the aforesaid purpose,” it said.

While this matter will be heard within 10 days, the court fixed another hearing on September 5 for filling up two vacancies created in the CoA. While Ramachandra Guha, a noted historian and a die-hard cricket follower, tendered resignation,

Vikram Limaye has been appointed Managing Director and CEO of the National Stock Exchange and therefore he too sought to be relieved. The court relived both.

The three-member bench, headed by Justice Dipak Misra, asked counsels of the parties involved to name four persons each so that the court could pick and fill the vacancies.

“Mr. Ranjit Kumar, learned Solicitor General of India, being assisted by Mr. R. Bala, learned counsel, Mr. Kapil Sibal, Mr. Tushar Mehta and Mr. Bali, learned senior counsel shall also suggest some names and the names shall be given to the Court in sealed cover within ten days. The list of suggested names shall not exceed four each in number,” the order said.

Friday was also a day when the BCCI announced that it was welcoming back Srinivasan-owned Chennai Super Kings and Rajasthan Royals into the fold. Both franchises were banned for two years by the Lodha Committee for issues related to spot fixing in IPL.