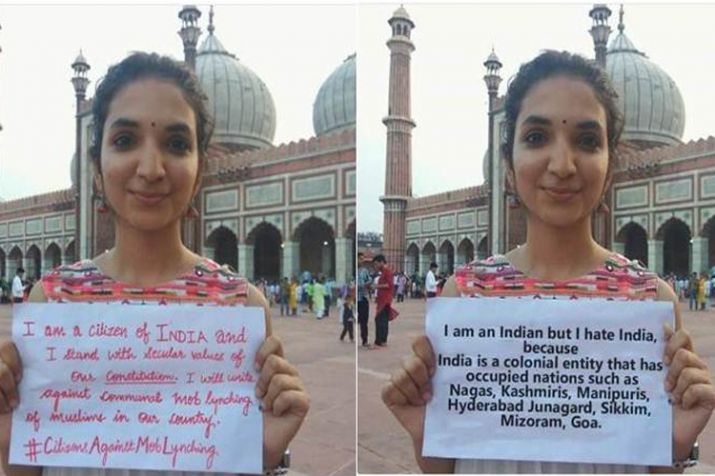 Micro-blogging site, Twitter, has deleted Pakistan's verified Defence handle after they used a fake picture of an Indian girl.

The picture, which showed a woman holding a placard giving out message of the "secular values of our constitution", was morphed and distorted, which sent out a completely negative message against India.

Other than running malicious campaigns against several Pakistani journalists/activists, defencepk was also morphing photos to further its propaganda: pic.twitter.com/qK7ZLQM29G

Earlier, in September, Pakistan used a fake picture to establish a false narrative.

Pakistan's Ambassador to the United Nations Maleeha Lodhi, in her right to reply to External Affairs Minister Sushma Swaraj's speech at the UN, showed pictures of Palestinian victims and tried to pass them off as 'evidence' of atrocities on Kashmiris.

The picture, used by Pakistan's Ambassador to the UN, was reported by a number of media outlets as that of Rawia Abu Joma'a, a 17-year-old girl injured in Israeli airstrikes on Gaza city in 2014. Rawia's picture was taken by award-winning photographer Heidi Levine. (ANI)