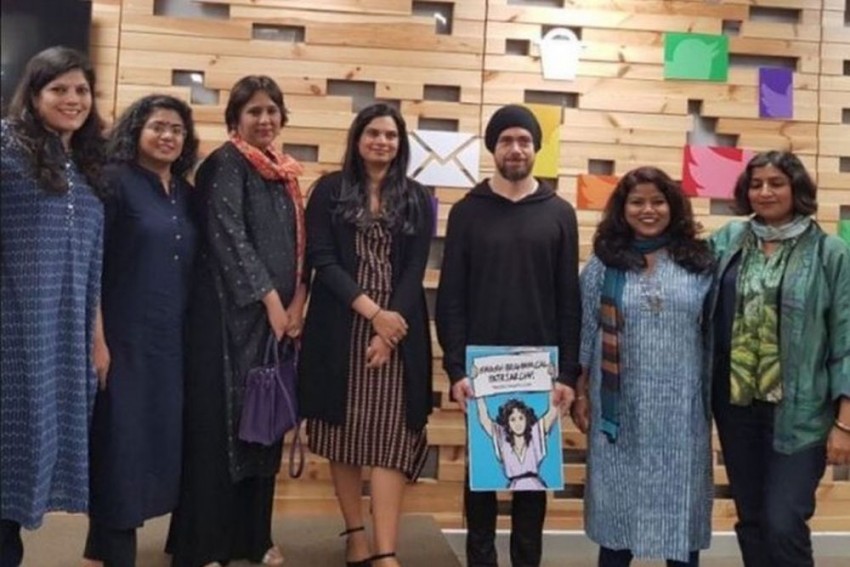 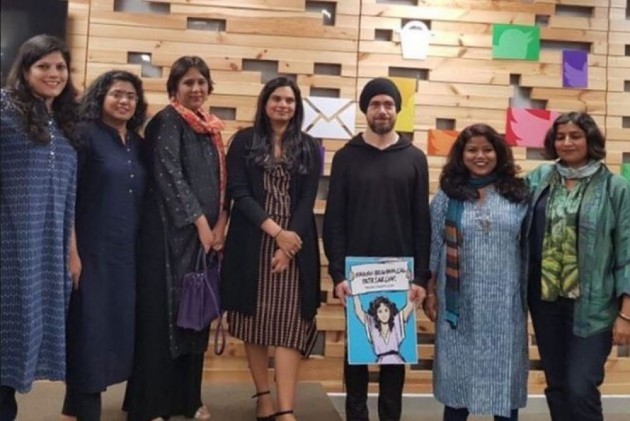 Twitter has extended an apology after its CEO Jack Dorsey, who visited India last week, was seen holding a poster during a round-table with women journalists that read "Smash Brahminical Patriarchy".

"I'm very sorry for this. It's not reflective of our views. We took a private photo with a gift just given to us -- we should have been more thoughtful," Vijaya Gadde, Global Head of Legal, Policy, Trust and Safety Lead at Twitter, tweeted late Monday.

"Twitter strives to be an impartial platform for all. We failed to do that here & we must do better to serve our customers in India," she added.

According to the social network, it hosted a closed-door discussion with a group of women journalists and change makers from India to better understand their experience using Twitter.

"One of the participants, a Dalit activist, shared her personal experiences and gifted a poster to Jack.

"It is not a statement from Twitter or our CEO, but a tangible reflection of our company's efforts to see, hear, and understand all sides of important public conversations that happen on our service around the world," said the micro-blogging platform.

In a statement to IANS, a Twitter spokesperson said that the company is proud of the fact that Twitter is a platform where marginalised voices can be seen and heard.

"But we also have a public commitment to being apolitical. We realise that this photo may not accurately represent that commitment," the spokesperson said.

"When our executives travel, they meet with a range of public figures from around the world that represent the diversity of the conversation on our platform. This recent trip to India was no exception and Jack and Vijaya met with leaders across the political spectrum, and from a range of religious and cultural backgrounds."

"How can people put such a hate poster and malign a community: @jack How can you as ceo of @twitter be party to this kind of hate," tweeted Mohandas Pai, Chair of Manipal Global Education.