"Exports are for jobs, not for dollars," says the commerce and industry minister, pushing hard for special economic zones to counter finance ministry's concerns of massive revenue losses and free trade agreements. "Perseverance with reform is clearly 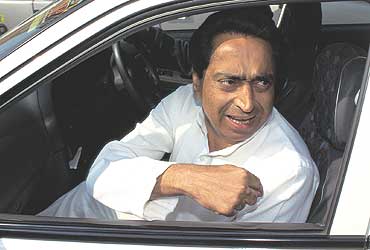 Where do you see the India-China relations headed in the 21st century? Competition or cooperation?
The world tends to juxtapose India and China in a one versus the other debate. I disagree with this view. I see our relationship in an "India with China" context. We have no reason to be antagonistic. We have lived side by side for 3,000 years and our civilisations—two of the oldest and most highly developed of the ancient world—flourished contemporaneously. If we have been "sharing space" for so long in the past, then there is no reason why we cannot do so in the future. The Silk Route and its caravans spanning Asia and the maritime trade of Indian muslin and spices hark to an era gone by. They are a reminder of our common cultural and commercial heritage. So there will be greater cooperation than conflict between India and China.

Which are the areas you identify for cooperation?
One of the most obvious areas of cooperation is trade. There has been rapid growth in the bilateral trade between our two countries. From less than $1 billion a decade ago, it has crossed the $18-billion mark in 2005-06. If the momentum is maintained, China is poised to become India’s largest trading partner in two or three years. But the composition of the export basket needs to change. There is a need to broad-base Sino-Indian trade in favour of higher value-added items, especially for India’s exports. Sectors that offer good potential include drugs, pharmaceuticals and chemicals. Similarly, service sectors, like information technology, tourism, banking and engineering, represent the complementary strengths of both countries and hold out great potential for growth. A number of Indian enterprises have evinced special interest in China. India’s total contracted investment in China amounting to $235 million is mainly in pharmaceuticals, automobile components, software and machine tools. Investment flows from China into India have not picked up as well, though companies like Haier have achieved significant success in India.

Then why is the industry opposed to any form of free trade agreement with China?
One must recognise that our respective business communities continue to encounter certain difficulties and problems. There are also issues of perception. However, these are not insurmountable. Mutual understanding and support from the governments of both countries can help tackle these difficulties. The apex chambers of commerce and industry of both countries must strengthen exchange and interaction. That is the way forward.

Do you think the world is finally waking up to the reality of India and China?
I believe so. Barely two decades ago, the world perceived China and India as large but poor developing countries. It’s not so anymore. This change of mindset has been driven by emerging economic realities. If we are to build upon this, then the scope of our economic engagement has to be enlarged and diversified. An expansion in trade and investment is an essential ingredient. So are bilateral economic cooperation and mutual understanding.

So do you believe that the 21st Century belongs to Asia, especially India and China?
I see India and China as the twin engines of growth of Asia. Indeed, each of us has a population of more than one billion. Together we constitute 40% of humanity. Both are developing countries. And, we are giant economies, amongst the fastest growing in the world. The world cannot afford to see only one of us develop. If poverty is to be banished from the face of the earth, then it has to be banished in both China and India. The economic reforms in India and China over the past 15 years have stood us well. We have been growing twice as fast as the rest of the world. We are now on the threshold of a major opportunity. Perseverance with reform is clearly our only option. This is the road we have to traverse to realise our dreams.