The White House had said in a statement that the dinner is an "opportunity for the President to hear how the economy is doing from their perspective and what their priorities and thoughts are for the year ahead." 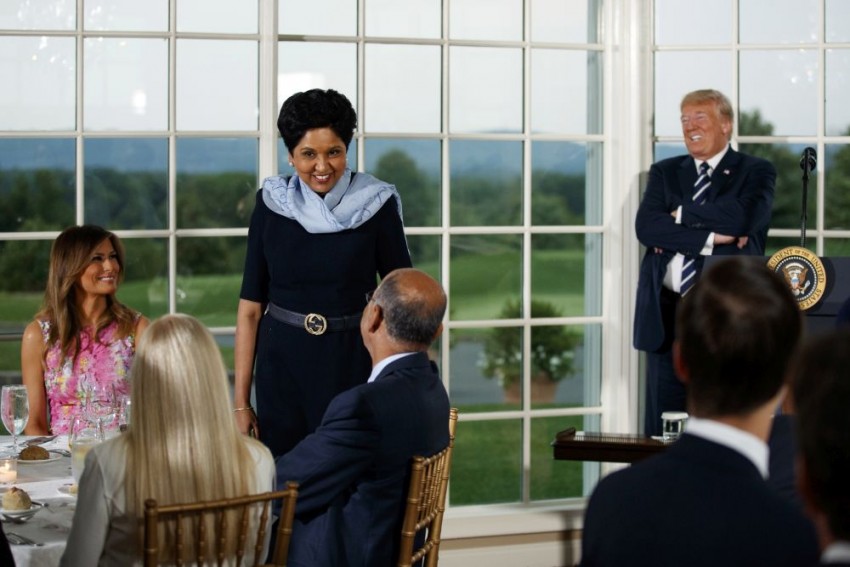 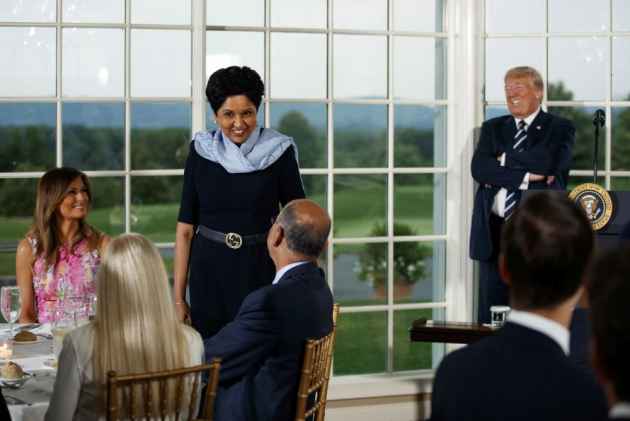 PepsiCo's outgoing CEO Indra Nooyi and MasterCard's chief executive Ajay Banga were among a small group of top corporate leaders hosted by US President Donald Trump for a dinner at his private golf club in New Jersey to hear their perspective on the state of the country's economy.

The White House had said in a statement that the dinner is an "opportunity for the President to hear how the economy is doing from their perspective and what their priorities and thoughts are for the year ahead."

Nooyi and Banga were accompanied by their spouses Raj Nooyi and Ritu Banga, according to an updated list of attendees provided by the White House. Among the 15 prominent business leaders attending the dinner hosted by Trump on Tuesday were Fiat Chrysler CEO Michael Manley, FedEx president and CEO Fredrick Smith and Boeing's chief executive officer Dennis Muilenburg.

According to a White House pool report, Trump referred to Nooyi as one of the "most powerful" women in the world.

Addressing the power dinner, Trump said he is meeting with some of the top business leaders in the world.

"You talk about business, this is the group. And we're so honoured to have you. And we're gonna be discussing later on some of the ideas you may have to, as the expression
goes, make America great again."

He added that the group had been "big beneficiaries" of his policies and "you've helped in many cases."

The pool report added that after touting GDP and jobs number, Trump predicted economic growth next quarter "could be in the fives".

"I think we're gonna be very shortly in the fives," he said, and stated that the GDP "can go much higher once we get new trade deals."