Countering BJP's claim of securing 200 seats, Abhishek Banerjee asserted that the saffron party will find it difficult to cross the double-digit mark. 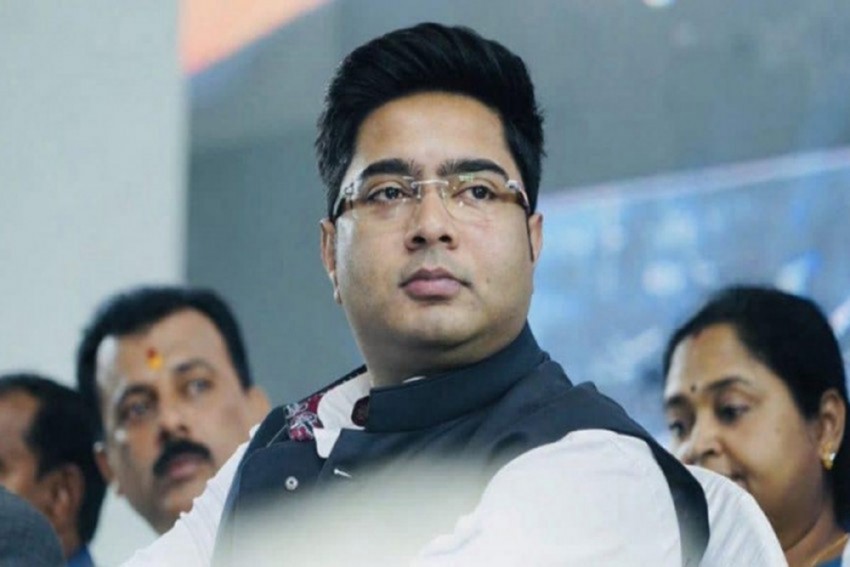 While the saffron party will hardly manage to secure even double-digit votes, TMC shall win 250 plus seats in the upcoming West Bengal assembly elections, claimed TMC leader Abhishek Banerjee.

Banerjee was countering BJP's assertion of coming to power in the upcoming elections, securing over 200 votes.

Addressing a public meeting in South 24 Parganas district in West Bengal, Banerjee who is the youth wing president of the party and nephew of Chief Minister Mamata Banerjee iterated that the saffron party's clamour for a double-engine government in West Bengal (same party rule in the Centre as well as state) will fall flat before the single-engine power of Mamata Banerjee.

The TMC is going to form the government for the third consecutive term and the party will stay in power for 50 years, he said.

"West Bengal will elect Mamata Banerjee as the Chief Minister for the third time," the Diamond Harbour MP said.

Referring to Dinesh Trivedi's resignation from Rajya Sabha as a TMC member on Friday, Banerjee said: "Trivedi was saying he was feeling suffocated. Let him go and get admitted in BJP's ICU".

Noting that the only poll plank of the BJP is 'Jai Shri Ram' and it has no development agenda, the TMC leader alleged that the saffron party does not know to give respect to women.

"They say Jai Shri Ram and not Jai Siya Ram. This is because they don't know to give respect to women", he added. 'Jai Siya Ram', translates from Hindi to 'glory to Sita and Lord Ram' while 'Jai Shri Ram' denotes 'hail Lord Ram'.

The TMC youth wing chief also alleged that women are tortured in BJP-ruled states like Gujarat and UP.

"See the way the saffron party showed disrespect to Mamata Banerjee at the birth anniversary celebrations of Netaji Subhas Chandra Bose at Victoria Memorial in the city", he said.

He claimed that BJP leaders coming from north India are a "bunch of outsiders" who are not aware of the culture of Bengal and spreading fake news to confuse people.

"Let me say our chief minister Mamata Banerjee will stand there like Maa Durga to fight against the BJP which has weapons like CBI and ED", he said.

Banerjee claimed that the saffron party is trying to influence farmers of the state by promising to provide Rs 18,000 in their accounts if elected to power, but "Bengal will never sell its spine to the BJP".

The BJP has been saying that the saffron party if voted to power in the state, will ensure that each farmer of
the state gets Rs 18,000 in arrears under the PM-KISAN scheme.

The TMC MP from Diamond Harbour said West Bengal is the only state where people are getting free ration and education.

"Let me say the BJP should first think of Gujarat, UP and other states. No need to worry about Bengal. Outsiders will not rule Bengal," Banerjee said.