Dreamworld of the ‘Consumer’: Today, consumption is the activity that determines us; it defines what we are. 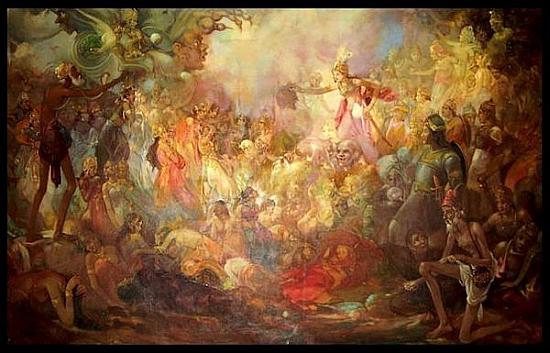 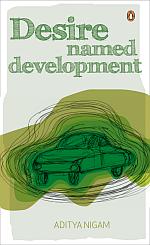 Once upon a time, human beings produced in order to survive. Then they started producing, with ever-greater refinement, for comfort, enjoyment, and spiritual and aesthetic pleasure. Today, consumption is the activity that determines us; it defines what we are. ‘Economies’ no longer simply produce objects or commodities of consumption; they also relentlessly produce the ‘consumer’ on a daily, hourly basis.

The ‘consumer’ is neither simply a person who consumes in order to survive, nor is she the rasik who partakes of aesthetic enjoyment for the sheer pleasure of it. She is also not simply one who just wants to make life a little more comfortable by spending to buy things of utility, comfort or even luxury. The consumer no longer buys a car that will survive a lifetime, but must be possessed by the thought of buying one and keep track of every new model that comes along. The consumer has to want to change cars like one changes clothes. The consumer is someone who lives to buy; who buys first and thinks later about where the payment will come from. The ‘consumer’ is a special creature, a product of recent times, one who consumes and must consume in order that the ‘economy’ may live and prosper. If the consumer ceases to be a consumer, economies can find themselves in crisis. Strange though this may sound, it is not the economy that exists for the sake of the consumer; it is the consumer who exists for the well-being of the economy.

Economies now no longer produce for ‘needs’, however broadly defined. They produce for strange entities like the ‘Sensex’ or ‘GDP’, which have little to do with what ordinary people produce or consume…The GDP (Gross Domestic Product), an entity that is just about 70 years old, has to keep going up and it can continuously go up even when people’s conditions worsen— for instance, in a war!

Becoming a consumer is not a simple and natural affair. We are made consumers. In late modern societies, there is an elaborate network of apparatuses and relations that produce the individual as consumer. The individual is thrown into a world of fantasy, whose lifeline is ‘Credit’— another magical thing that entices you into the Dreamworld and lures you into becoming a consumer. Economies in the early 21st century would not survive for a day if people were to simply buy what they can afford. Credit agencies who seek you out to offer ‘cheap credit’, advertising billboards that beckon you to holiday in style, builders and developers who introduce you to a future utopia that can be yours, the neon lights and the phantasmic night world of the city that carry you into nowhere, your favourite film-stars or cricketers who invite you in, on behalf of the company that has bought them— all of these form part of a loose but rapidly spreading network of ‘relationships’ that make you a consumer. An automobile company that invites you to ‘drive home a relationship’ is not necessarily lying. It is actually trying to enrol you in a relationship as a loyal ‘brand consumer’.

The idea of ‘consumer sovereignty’ is the biggest myth invented by neo-liberalism. The consumer is precisely a consumer to the extent that s/he has surrendered to the magical beings of this Dreamworld of Consumption.

In the compendium of tales, the Dastan-e-Amir Hamza, there is a mention of the Magical Land of Hoshruba (literally, that which enchants the senses). Hoshruba is ‘a land of dazzling illusions and occult realms, inhabited by powerful sorceresses and diabolic monsters’. ‘Hoshruba’, in our late modern times, is this Dreamworld of Consumption, inhabited by seductive commodities and images, the glittering lights of the shopping mall, neon signs of global brands, all of which have a life of their own. People enter this land and consume, and they go back convinced that they— the consumers— are the real sovereigns.

This fantasy ends the moment you fail to pay the ‘EMI’— your life turns into a veritable hell. But that is another matter. Every society must have the strictest punishment for defaulters and there is nothing wrong with it. After all, you have willingly entered into this deal, with open eyes.

At the very heart of this story of ‘Development’ today, is the ‘automobile’.

We do not drive the automobile; the automobile is the Desire that drives us, for it embodies all our other desires: for control, speed, comfort, for privacy on the street, for the ‘good life’.

The initial entry of the ‘automobile’— especially the private vehicle— was experienced by many, by those who could afford it, as a kind of liberation. Working-class migrants, of course, had no option but to wait endlessly and put their lives in danger as they clung to overcrowded buses to reach their workplaces. But what does Development have to do with the working class or the poor?

The advent of the automobile also provided others with a new kind of space— a mobile but private space and another sense of control. Before the 1990s we rarely heard of something like rape in a moving vehicle or mowing down of sleeping pavement dwellers by speeding cars. In the period since the 1990s the car has become a virtual space for the playing out of desire—exhilarating and liberating on the one hand and a space of darkness and crime on the other. The car became an extension of the male self— a vehicle for the display of sexual prowess and displaced sexual gratification through speed.

At one point, the car ceased to be something external to its possessor. Sitting behind the steering wheel brought out one part of the self that we did not quite know ourselves. Domination of the street through sheer size and speed produced a new sense of palpable power among many wayward sons of the bourgeoisie. Fast-moving automobiles soon crowded out slower traffic— especially cyclists and pedestrians. Another grammar of power on the streets and public spaces began to come into visibility.

In this new grammar of power, it was not merely the street that was transformed. The new entrant in our lives demanded space and more space. Like the fabled tale of the Arab and the camel, its demands for space turned out to be insatiable. It gobbled up every bit of available space— places where people would go for walks, get together for a cup of tea by the wayside— everything was colonized by the automobile, in motion or parked. When every open and relatively unoccupied space was taken up by it, it went for the green spaces in the cities. Finally, its cannibal eye rested on the poorer settlements of the cities.

Increasingly, owners of cars, who have paid only for their vehicles, now effectively control the land where they park their vehicles in different parts of the city. There isn’t a single Indian city where settlements of the poor have not been ruthlessly torn down to make way for this new creature. Its advent has decisively spurred the colonization of urban space in favour of the rich.

Aditya Nigam is a senior fellow at the Center for the Study of Developing Societies (CSDS). He blogs at Kafila