The violence has triggered a flood of refugees crossing mostly on foot into Bangladesh, though some were fleeing in wooden boats. 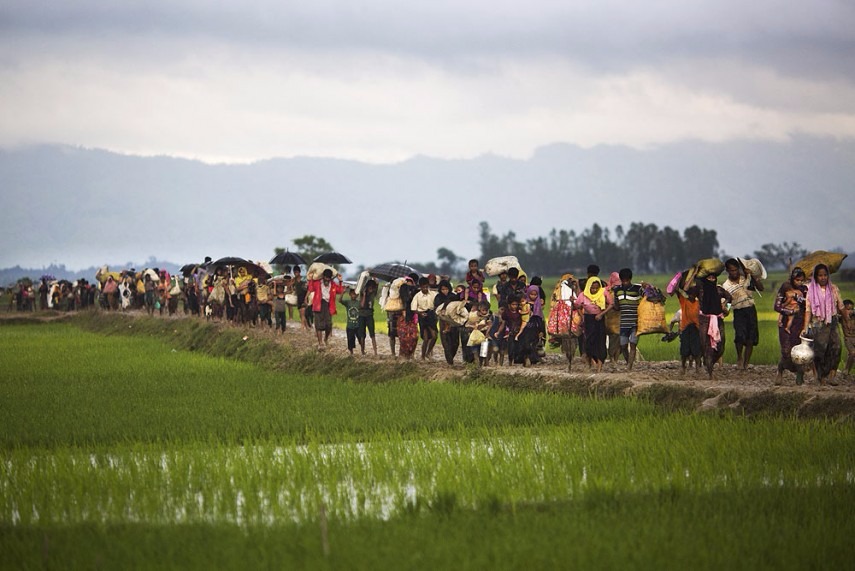 Tens of thousands more people have crossed by boat and on foot into Bangladesh in the last 24 hours as they flee violence in western Myanmar, the UNHCR said today.

Both Myanmar's security officials and insurgents from the Rohingya ethnic minority are accusing each other of burning down villages and committing atrocities in Myanmar's Rakhine state. The military has said nearly 400 people, most of them insurgents, have died in armed clashes.

The violence has triggered a flood of refugees crossing mostly on foot into Bangladesh, though some were fleeing in wooden boats.

"Roughly 60,000 have arrived in Bangladesh since the violence erupted on August 25," said UN Refugee Agency spokeswoman Vivian Tan. That is about 20,000 more than the number local officials had estimated yesterday.

Ali Hossain, a deputy commissioner in Cox's Bazar in Bangladesh, confirmed that "the flow of Rohingya refugees is continuing by boat and the land route."

Refugees who had arrived at the Bangladeshi fishing village of Shah Porir Dwip described bombs exploding and Rohingyas being burned alive.

"We fled to Bangladesh to save our lives," said a man who only gave his first name, Karim. "The military and extremist Rakhine are burning us, burning us, killing us, setting our village on fire."

He said he paid 12,000 Bangladeshi taka, or about $150, for his family to be smuggled on a wooden boat to Bangladesh after soldiers killed 110 Rohingya in their village of Kunnapara, near the coastal town of Maungdaw.

"The military destroyed everything. After killing some Rohingya, the military burned their houses and shops," he said. "We have a baby who is 8 days only, and an old woman who is 105.

Meanwhile, aid workers and Bangladeshi officials were struggling to cope with the flood of refugees.