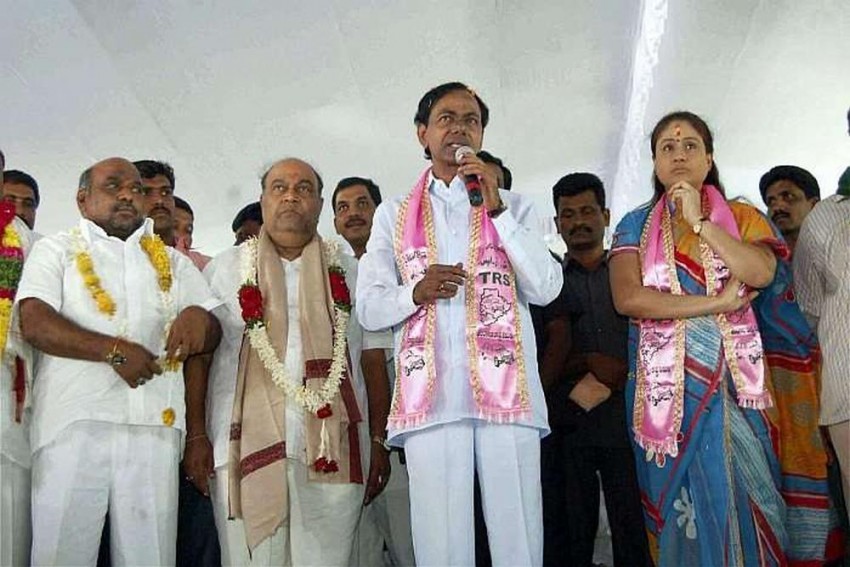 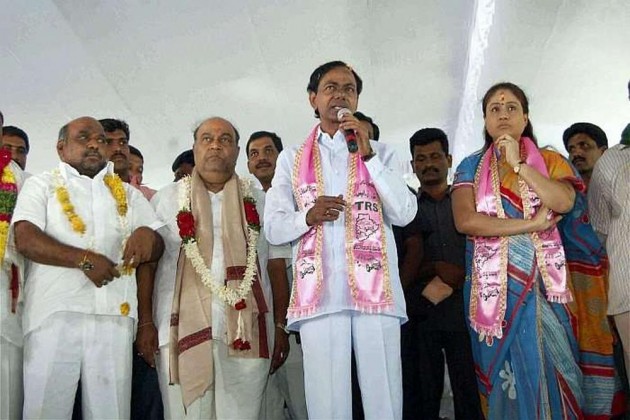 The KCR government has approached Governor E S L Narasimhan asking him to speak to the Andhra Pradesh government about handing buildings in the Secretariat allotted to it. Following a Cabinet meeting, Deputy Chief Minister Kadiyam Srihari announced while the Centre had made Hyderabad a common capital for 10 years, the Chandrababu Naidu government had already shifted most offices to Amaravati area. Therefore, the J, H, K and L blocks which were allotted to Andhra Pradesh after bifurcation are lying vacant, says Srihari. "We have been informed that Mr Chandrababu Naidu remarked that his government would not mind handing over the empty blocks. We are requesting the Governor that we need these buildings," says Srihari.

The KCR government plans to demolish four blocks of the Secretariat (A, B, C and D) to construct a new, vastu compliant Secretariat building at a cost of Rs 1,200 crore. Chief Minister KCR will lay the foundation stone for the new Secretariat in November. Ever since the TRS government came to power, KCR has avoided the Secretariat altogether because it reportedly has "serious vastu defects" according to his advisors. However, KCR is not too happy with the U-shaped design submitted by architect Hafeez Contractor. The design which Contractor submitted is somewhat on the lines of North Block-South Block in New Delhi.

While the construction of the new Secretariat building is on, the Telangana Secretariat employees will temporarily function from the Burugula Rama Krishna Rao Bhavan on the Tank Bund road. The TN government plans to shift all offices located outside the Secretariat to the J,H K and L blocks if the Andhra Pradesh government hands over these buildings.

The power to allot buildings to AP and Telangana lie with the Governor as per the AP Reorganisation Act. KCR wants the new Secretariat to be a 10-storeyed tower built over five lakh square feet.

Chandrababu Naidu, who met with the Governor in Vijayawada, is said to have made it clear that handing over of blocks is not an issue but there were other matters too between the states, which KCR should address. Naidu is said to be insisting on an AP Bhavan being constructed in Hyderabad just like the one in Delhi.

In the Telugu Desam politbureau meeting held in Vijayawada, some members are said to have raised the matter of son Lokesh being included in the Cabinet. However, Naidu was tight-lipped on the matter. It remains to be seen if Lokesh does indeed become a Minister this year.

The Tirumala Tirupati Devasthanams, one of the richest temples in the country, is facing a strange issue. Several devotees from abroad who visit the Lord Venkateswara temple atop the Tirumala hills, drop coins of their respective countries in the hundi. Unable to figure out a solution by itself, the TTD has written to the Reserve Bank of India on the matter. TTD Chief accounts officer O Balaji says that 35,000 kg of coins of various countries are in the temple vaults currently, and a majority are from US, Singapore and Malaysia. The TTD financial department officials are segregating the coins and these would probably be submitted to a national bank such as the SBI in exchange for Indian currency.

TTD Executive Officer D Sambasiva Rao says that even ICICI Bank has expressed an interest to take the coins and would give Indian currency to the TTD.

Meanwhile, a division bench of the Hyderabad High Court has issued notices to TTD, the AP and Telangana governments on a PIL filed by M V Soundararajan of the Chilkur Balaji temple. Soundararajan had contended that the TTD failed to deposit a part of its income towards the Endowments fund which in turn would be distributed to small temples in both States.

Appearing for Soundararajan, Senior counsel P Raghu Ram said that they were seeking money to the Telangana government's endowment fund from 2003-04 to 2012-2013 as Telangana had been granted statehood in 2014. The division bench comprising Acting Chief Justice Ramesh Ranganathan and Justice A Shankarnarayana gave the AP, Telangana governments and TTD three weeks to file their counter petitions.

Swaroopanand Saraswati, Shankaracharya of the Dwaraka Peeth, who had earlier angered Shirdi Sai Baba devotees by remarking that the latter wasn't a God, visited Vijayawada recently. He was provided with a high-security police cover since Sai Baba devotees in Vizag and Vijayawada burnt his effigies. Swaroopanand paid a visit to the famous Kanakadurga temple in Vijayawada. Earlier in April this year, he had remarked that it was shocking to see the increasing number of Sai Baba temples in Andhra Pradesh. He said Sai devotees were wrong in worshipping him as a deity and that Sai Baba, while a great human being, was no God. Swaroopanand had also said that worshipping of Sai Baba was a conspiracy to divide Hindus and that all Hindu sanths ought to come together to protect the young from this conspiracy. The Shankarayacharya had also said at the time that if Sai Baba was indeed well-meaning, he would have participated in India's freedom struggle. He expressed outrage that instead of building Lord Ram or Krishna temples, people were building Sai Baba temples. Also, he questioned authorities as to where the funds from the Shirdi temple were being diverted.

The devotees are still in no mood to forgive the Shankaracharya and expressed their anger in the manner of loud protests. The Telangana government is taking no chances either and is providing the pontiff with Z plus security during his visit to Hyderabad and Warangal.

Anything for an IPhone

An engineering student who boarded the Venkatadri Express in Chittoor district is now battling serious injuries at a Tirupati hospital. The reason? He jumped off the running train in Rajampet mandal when his Iphone fell onto the tracks. He was talking on the phone when it slipped and fell. Ravi Teja Chowdary later told the police and doctors that he had jumped off because he wanted to retrieve his Iphone which was very expensive, He sustained spinal and head injuries and was rescued after passengers alerted the police when they saw him fall.