The Sounds Of Saintly Silence

Congress President Sonia Gandhi has constructive responsibility for all actions of the party. Should she not act to clear the air about circumstantial evidence pointing to corruption by her party? And safeguard her own reputation? 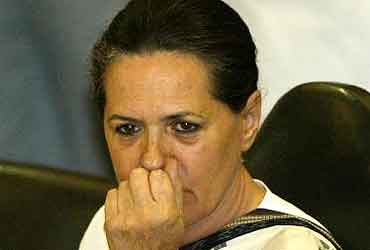 Mrs Sonia Gandhi has been criticized by several people on account of her foreign origin. She lived in Cambridge, England, where she met Rajiv Gandhi. She eventually married into India’s most famous family. After marriage she successfully assimilated into an Indian lifestyle. Since entering politics her conduct has been dignified and gracious.

Her entry into politics was preceded by tragic incidents. Her husband had no idea of entering politics. But the plane crash that killed his younger brother, Sanjay Gandhi, compelled Rajiv to take his place. Sanjay’s death remains a mystery. It is mandatory for the government to institute a commission of inquiry into all airplane crashes. Justice ML Jain was appointed as a one-man Commission to probe the plane crash that killed Sanjay. But for inexplicable reasons, in violation of mandatory law, that inquiry was stopped. The cause of the plane crash remains a mystery.

After Rajiv became general secretary of the Congress to help his mother, Indira Gandhi was shot dead. Her death too was never satisfactorily explained. The Justice Thakkar Commission appointed to inquire into her death ruled that an inquiry commission into the conspiracy angle should be appointed because "the needle of suspicion pointed" at Mr RK Dhawan who had been Indira Gandhi’s personal secretary. The police arrested one Kehar Singh, a family friend of one of the assassins, Beant Singh. Without any credible evidence, it charged him with conspiracy to kill Indira Gandhi. Kehar Singh was hanged. The evidence was so farcical that the Supreme Court itself reminded the President that he had the power to commute the death sentence. Later, Justice Thakkar became chairman of the Law Commission. Mr RK Dhawan was rehabilitated by Rajiv Gandhi. He rose to become a minister.

Subsequently Rajiv Gandhi's assassination too raised several unexplained questions. Connections of several prominent Congress leaders to the suicide bomber who took Rajiv’s life were never satisfactorily explained. After Rajiv’s death, as Congress fortunes began to flounder without a dynastic leader in command, Mrs Gandhi became the Congress president. The tragedy of three unnatural deaths in her family that propelled her entry into politics can only evoke deep sympathy for her. In light of this, criticism of her foreign origin sounds uncommonly churlish and uncouth.

However, Mrs Gandhi now is no longer the daughter-in-law or wife of a prime minister. She is the Congress President in her own right. She must address certain issues which she has appeared to overlook up till now. These relate to circumstantial evidence pointing to corruption by her party.

It would be incorrect to infer that Mrs Gandhi’s inexperience in business enables some colleagues to misuse the Congress name for committing corruption. Mrs Gandhi has old links with business. On 26 February 1973 she was appointed as Managing Director of Maruti Technical Services Private Ltd. Sanjay Gandhi was the only other Director. For five years she drew a salary of Rs 2,000 per month plus commission and perks. By the time she resigned on 21 January, 1975 she had earned over Rs 80 thousand. However, Income Tax authorities disallowed part of the remuneration "as excessive because she had no qualification to be able to render any technical service to the company". Incidentally, since January 1, 1974 the Foreign Exchange Regulation Act (FERA) forbade any foreign national -- which she was at that time -- from holding either shares or office of profit. Along with her husband Rajiv, and Sanjay Gandhi, she also held controlling shares in Maruti Heavy Vehicles. As chairperson of several trusts which received government aid, Mrs Gandhi used clout with dexterity. According to The Statesman of 3 September 1995, she acquired, through the Rajiv Gandhi Foundation, a building worth Rs 100 crores.

Mrs Gandhi was not personally connected to the infamous Bofors deal negotiated by Rajiv Gandhi as Prime Minister. However, one of the accused, Mr Ottavio Quattrocchi, recently stated with pride that he was her close family friend. Earlier the London bank accounts of Mr Quattrocchi which were frozen by the Indian government had been unfrozen. Mr Quattrocchi was free to withdraw his money. The CBI stated that it had no evidence involving Mr Quattrocchi in the Bofors deal. Some time ago the Director of the CBI had visited USA and the Bahamas in search of evidence against Mr Quattrocchi. He found none. The matter should have been allowed to rest there.

Unfortunately public scepticism remains unabated. As governments and CBI directors change, so does the CBI script on Bofors. Today the UPA government is in power. Mrs Gandhi is chairperson of the National Advisory Council that guides the government. Mr Quattrocchi against whom the CBI finds no evidence today was nailed in no uncertain terms by CBI in April 1998. Mr Quattrocchi had petitioned the Delhi High Court seeking an end to the CBI investigation against him. The CBI responded with a 30-page counter-affidavit. It gave a detailed account of Mr Quattrocchi’s role as the owner of AE Services in making payoffs and using political influence to swing the award in favour of Bofors. The late Prime Minister Rajiv Gandhi was also unequivocally indicted by CBI for engineering the corrupt deal. Most of the material had appeared earlier in the media. But for the first time CBI gave official confirmation of the involvement of Rajiv Gandhi and his confidants, including Mr Quattrocchi, in the Bofors payoffs. Mr Quattrocchi’s proud assertion about his closeness to the Gandhi family was turned against him in the CBI counter-affidavit. It recorded: "The families of the then Prime Minister of India and Mr. Ottavio Quattrocchi were on very intimate terms." Because of that "the process of negotiations suddenly picked up.."

The question arises: was CBI lying then or is it lying now? This had best be resolved by CBI officials themselves.

Now a new scandal has erupted. It involves the Congress in the Rs 16000 crores French Scorpene submarine deal. According to media allegations, the deal was opposed by the Central Vigilance Commissioner (CVC), Finance Minister Chidambaram, and the Prime Minister. Nevertheless it was signed. Mr Abhishek Verma has been named as the middleman who collected the payoff. He is the son of the late Congress MP Shrikant Verma who also was the Hindi tutor of Rajiv Gandhi. According to Outlook, during negotiation with Mr Verma the submarine company official wanted confirmation of the 4% payoff demand from the Congress party treasurer. Outlook reported Mr Verma writing: "I hope Thales (the submarine company) doesn’t think the Congress has a shop and they are negotiating with them. ALL negotiations would be done by ME."

A Thales company spokesman claimed these email messages to be forgeries and threatened legal action. But reservations about the deal by CVC, FM and PM remain. Should not Mrs Gandhi question Defence Minister Pranab Mukherjee about why the deal was signed? And also question Mr Abhishek Verma?

As Congress President, Mrs Gandhi has constructive responsibility for all actions of the party. Should she not act to clear the air? And safeguard her own reputation?

Rajinder Puri can be reached at rajinderpuri2000@yahoo.com

'A Reaction To Every Action'