A certificate from the local, state or central government is not enough. Now business also needs the consent of local people, 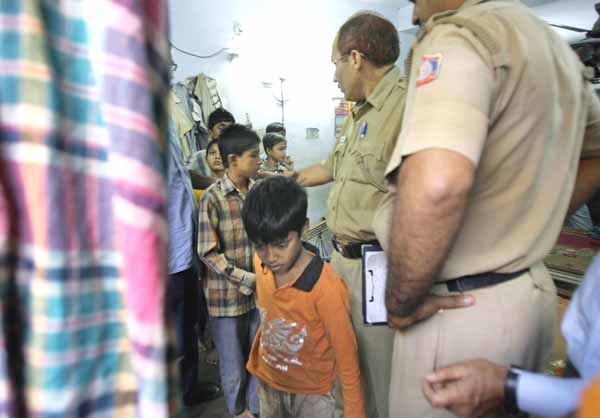 There was a time when signing a piece of paper and a handshake were enough for companies to start a factory or mine. This is how business still works in many places, but globalisation— delivering economic development to all corners of the planet— is also bringing greater awareness about social, economic and environmental consequences. Now, business also needs the consent of local people and not just a certificate from the town hall or central government. Such consent is increasingly linked to the concept of “social license” required for an activity to proceed without community opposition including roadblocks, sit-ins, boycotts or NGO campaigns.

The term “social license to operate” first arose in the extractive sectors, as Bruce Harvey, long-time Australian mining hand, puts it: “In an increasing world of scrutiny and mobilization of local voices, if you don’t have the broad based support of local people for what you want to do, then you won’t get your legal license.”

There are many examples where the absence of social license has resulted in project delays and cancellations, from dam building in Myanmar and oil production in Niger Delta to genetically-modified crops in Europe and nuclear power in Germany.

Businesses need three forms of license— political, legal and social— to proceed with certainty. But whose permission is required? Who needs to be consulted and fundamentally whose consent must be secured? In my book on The Social License I argue that trust, legitimacy and consent are essential components for any understanding of how business activities impact the pre-existing social contract that binds any society or community.

Consider one of the most high-profile business disasters of recent times. BP’s Deepwater Horizon, an oil drilling facility, blew up in April 2010 killing 11 men and causing about $40 billion liability for the company, not to mention reputation damage. The deep-water operation certainly had its legal license, and the company might well have assumed political license, given the US government’s moves towards energy security. But social license for a drilling platform far off the coast?

BP clearly understood the value of social license— at least for some of its projects— and invested time and resources to gain the consent of local populations and ensure security for oil and gas pipelines in Indonesia, from the Caspian to Mediterranean seas, and Colombia. International human-rights NGOs, former US senators, anthropologists and community experts were involved as independent voices. So-called “multi-stakeholder” approaches to understanding risks, possible impacts and company mitigations can achieve a level of consensus surrounding the proactive steps that a company takes to reduce risk while protecting well-being and livelihoods. Crises might still happen to good companies and their activities, but strong stakeholder relations that are built on meaningful consent will strengthen the social license.

BP’s tragic Gulf of Mexico spill cannot be explained purely in social license terms. The crisis may have unfolded in the same way had BP engaged their competitors, the US government, international NGOs and local communities in the risks associated with deep-water drilling and to review expectations and plan risk reduction. There would still have been fines, although perhaps not at the scale now predicted, as well as bad publicity and rightly so. But the complete loss of political and social license in the weeks following the disaster owe much to the fact that BP’s competitors, NGOs, trade unions, community groups and government agencies found no reason to defend the company or its actions. Such players had no stake in the company’s risk mitigation program. Few outside of the industry had participated in discussing the social risks of deep-water drilling or could determine whether the company was taking adequate precautions.

It is not an argument for good public relations. Unlike public relations, companies cannot self-award a social license for their activities, rather they must earn it by involving others, including their competitors, communities and NGOs, in achieving levels of consensus that both reduce the risk of bad events and, when they do happen, also involve others in achieving adequate remedies.

It is always easier to observe the absence of social license than its presence, and examples of its existence are bound to be contested, but here are two examples.

The bulk text-messaging service of Safaricom in Kenya was thought to have inadvertently fuelled ethic violence in the Rift Valley following the 2008 elections. Instead of engaging in denials or a glossy public-relations campaign, the company developed careful protocols for the 2012 elections— including the involvement of third-party observers in how the company dealt with hate speech while maintaining freedom of expression to the highest possible degree. Safaricom remains one of the most popular and trusted companies in Kenya— and one could easily say that its activities enjoy strong social license.

Likewise, the Gap Inc. clothing company faced much criticism for its sourcing activities in Cambodia in the late 1990s. Gap did engage in multi-stakeholder efforts in the early 2000s resulting in its 2004 Social Report that set a new standard in corporate human rights transparency for its time. Importantly, the report set out “gray areas” where the risk of child labour and bonded-labour was likely to still exist despite the company’s best preventative measures. Stakeholders recognized that Gap Inc. was indeed doing as much or more than its competitors.

So, when the BBC broke the news alleging use of bonded labour by a Gap supplier near Delhi in 2008, the company in many ways did not have to defend itself in the classic public-relations sense. Rather, the chairman of the multi-stakeholder Ethical Trading Initiative and the main trade union involved joined the company’s defence. The charges did not dominate the headlines in the way that the Cambodia allegations had done years before— trust was maintained.

Gap Inc. had secured social license for its activities, and its risk mitigation and efforts on fair labour were robust enough to suggest that the violation was an aberration. But it should not be inferred that Gap enjoys similar social license for other activities, or that its social license in India is indefinite. Maintaining social license for specific activities requires an ongoing commitment to engaging with those outside of the business, be they communities, trade unions, NGOs, suppliers or competitors.

While a social license might seem like an intangible asset for many companies— it is an increasingly essential one. A recent study by Queensland University actually values such a license as worth up to $20 million a week for large mining operations should they be blocked by local communities.

Political leaders might also take interest in the concept as it does not just apply to business activities. It was clear that during the recent run-up to the Scottish referendum that all three leaders of the UK’s main political parties had lost social license in Scotland. They had in many ways become a liability for their own cause, only saved during the final hours with an appeal for unity by former Prime Minister Gordon Brown.

While community consent is not an absolute and most do not eliminate the “Not in My Back Yard” complaints, social license is set to move central stage in discussions about how activities achieve legitimacy in the eyes of society in a globalised economy.

John Morrison has been executive director of the Institute for Human Rights and Business since its founding in April 2009. The institute is a global “think and do” tank on human rights policy and practice that works with governments, business, civil society and trade unions to tackle systemic dilemmas. He is author of The Social License: How to Keep Your Organization Legitimate.  Rights: Copyright © 2014 The Whitney and Betty MacMillan Center for International and Area Studies at Yale. Courtesy: YaleGlobal Online