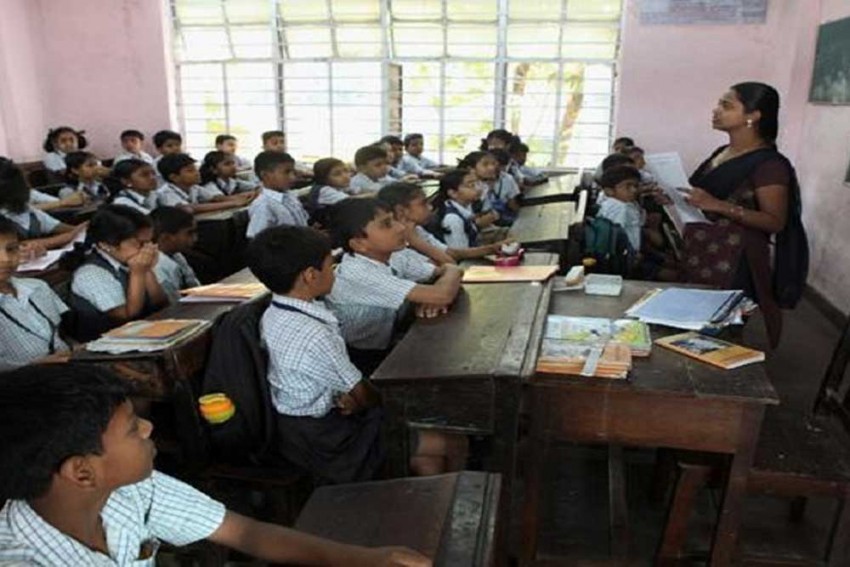 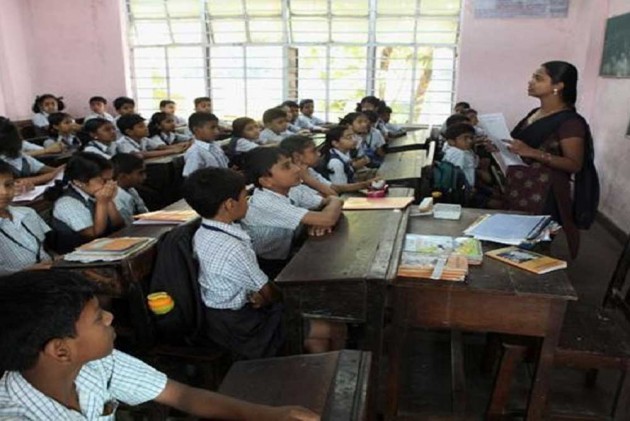 At the beginning of every school term, parents across Hyderabad stage protests over the massive hike in fees by private schools (strangely named "public" schools) in the city. Several accusations fly back and forth and parents complain incessantly but usually cough up the high fees. Recently, a Hyderabad High Court bench comprising Acting Chief Justice Dilip B Bhosale and Justice A V Sesha Sai, expressed shock over some private schools collecting a One Time Fee (OTF) of up to Rs 7 lakh. The Hyderabad Schools Parents Association filed a PIL stating that this OTF was being collected over and above the regular fee in schools. Reacting to the PIL, Justice Bhosale said, "There is a need to bring in a regulatory mechanism to stop this ridiculous practice of OTF."

A counsel appearing for the Telangana government said that its own survey revealed that about 160 schools in Hyderabad were collecting OTF ranging from Rs 50,000 to Rs 3 lakh. Another counsel who appeared for the protesting parents association said that some schools were collecting fees from parents in the name of constructing new buildings. He informed the court that while there was a GO which allowed schools to collect such fees, the amount should not cross Rs 6,000.

The HC told the government counsel that if the State wanted its people to flourish, it ought to start with reforming schools and not colleges.

Meanwhile, Deputy Chief Minister and Telangana Education Minister Kadiam Srihari said the State government is committed to regulating fees in all Hyderabad schools. The Minister stated that the Education Department had issued notices to 12 International and 162 private schools for charging high fees.

Incidentally, a report released by the government titled Telangana Statistical Year-2016, disclosed that the average dropout rate in government schools across the State was 37.56 %. Among boys, this rate is around 38.76 % and among girls it is 36.31%. Many experts say that this dropout rate is directly linked to the agrarian crisis in the State and increased migration of poverty-stricken families.

In Mahabubnagar, this dropout rate is the highest. Nearly 50% of government school students have quit midway. In Adilabad district, it stands at 44.83% and in Medak, 43.69%. 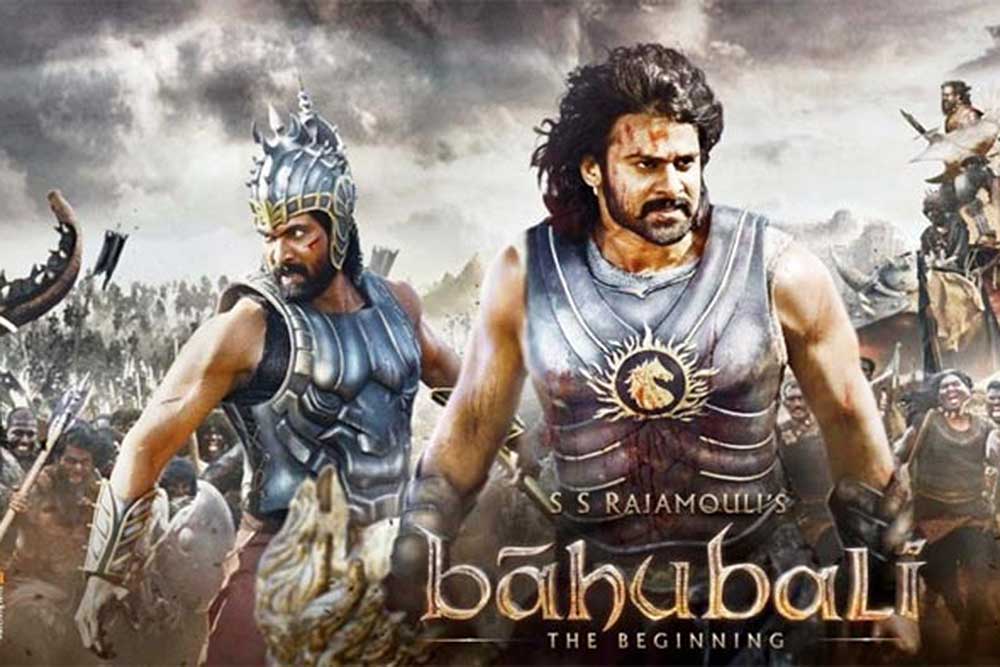 Educationist Anjum Babukhan, daughter-in-law of the late politician Basheeruddin Babukhan, runs Glendale Academy, one of Hyderabad's premier schools. She organised an event recently to launch her book, ABCs of Brain-Compatible Learning. Anjum spoke about the mind-body connection, kinesthetic smart moves, non-threatening ways of teaching, importance of physical environment and play. Also present at the book launch was director S S Rajamouli. It's been a while since the Baahubali director has made social appearances in Hyderabad. So the media cameras made a beeline for him. Rajamouli spoke of the gaps in school education as he perceived them. He narrated an incident where a friend's daughter had not scored full marks in a unit test and that the entire family was crestfallen. "I was never good at Maths. In fact I was terrified of the subject but I did okay in languages," Rajamouli recollected. He also said that parents nowadays would rarely say stuff to their kids such as, "Why don't you go out and play". Rajamouli recalled how most of his childhood was spent climbing trees and jumping from branch to branch. "I did not know then but I was actually laying ground to direct action scenes in my movies," said the director. 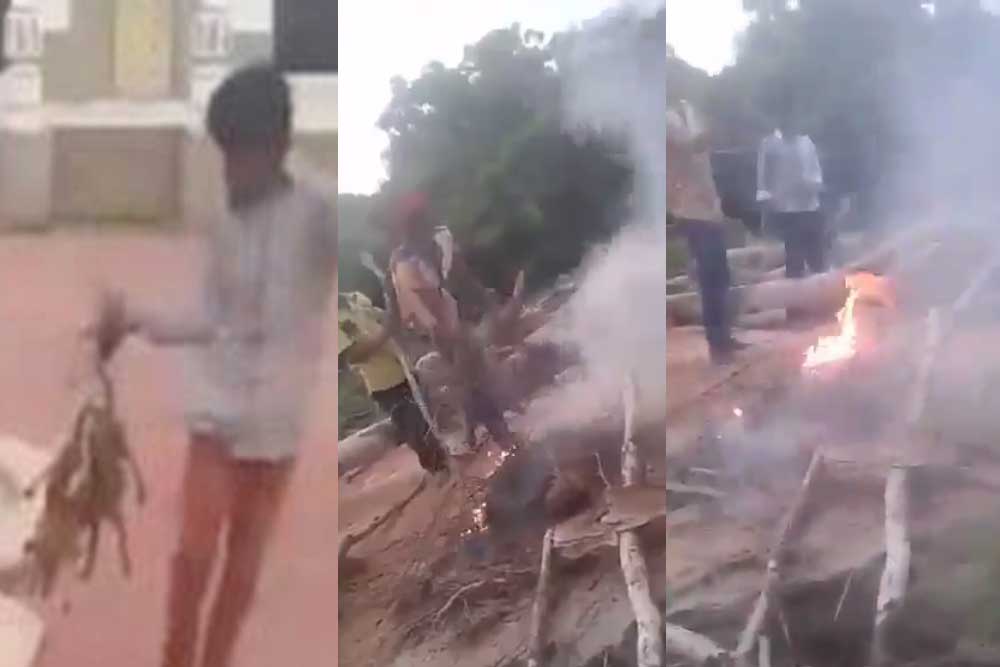 In a horrific incident similar to the one in Chennai where a medical student threw a dog off a terrace, a group of five boys burnt three puppies alive at Pathan Basthi in Musheerabad. The video clip was circulated over WhatsApp and Facebook. The incident is said to have taken place on July 16. The boys aged between 12-16 picked up the puppies by their tails and threw them into a fire. When one of the burning puppies tried to escape, they pushed it back with a stick. After a complaint by an animal rights activist, the Musheerabad police booked a case under Sec 429 IPC (For mischief by killing or maiming cattle or any other animals) and two Sections under Prevention of Cruelty to Animals Act, 1960.

In an alarming development, health officials have confirmed six cholera cases in Adilabad district. They hail from Pochera and Nigini villages of Boath mandal. A large number of tribals live in this mandal. District medical officers say that poor sanitation and lack of sanitation could have caused the spread of cholera. This is a cause of huge concern since only two months back, every leader in Telangana was talking about constructing toilets in every home as part of the Swachh Bharat Abhiyan. Untreated water and open toilets are some of the biggest reasons for cholera, say officials. 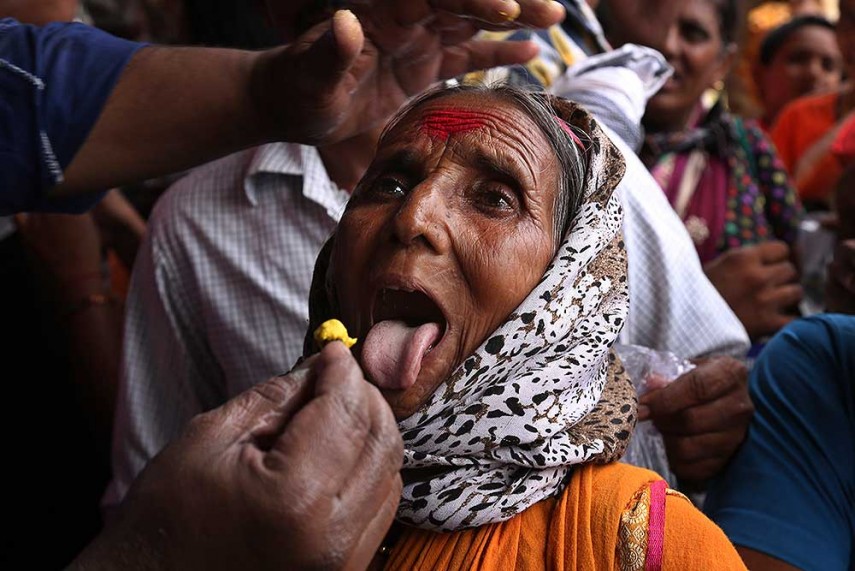 The Telangana government has declared the murrel fish as the State fish. The murrel (Channa Striatus) is used by the Bathini Goud family for administering the traditional asthma medicine. Many rationalists have protested against the "fish medicine" saying it is bunkum. But the Goud family continues to give the medicine to patients from all over country on Karthika Mrigisara day. Murrel fish is considered a delicacy both in Andhra and Telangana. The Telangana Biodiversity Board apparently pointed out to the TRS government that several delicacies in the State are cooked with murrel fish. Therefore, the Fisheries Department issued the order elevating its status due to "cultural, culinary and historical" reasons.

The Telangana government has also decided to crack down on commercial growing of Tilapia fish which is of African origin. Its rapid growth ensures good returns but scientists and researchers say that this is threatening 109 species of native vulnerable fish in Telangana's rivers, canals and other water bodies. The Commissioner of Fisheries has drawn up a list of measures to conserve indigenous fish species and regulate monoculture of exotic fish such as the Tilapia.