Home  »  Website  »  National  » Interviews  »  The Powerful Get Away
Interview

The Powerful Get Away

The former CJI and former chairperson of NHRC on the politicisation of judiciary and what can be done to make it accountable and restore its credibility. 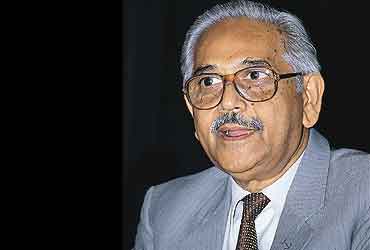 Nagendar Sharma: Is it fair to say that the Indian judicial system getting politicised?

Justice J S Verma: I think there is a perception that respect for judiciary has gone down in the eyes of the common man; the confidence of the public in the judiciary is not the same as used to be many years back. This perception of erosion of public trust in the judiciary is primarily based on two factors -- firstly, the delay in deciding cases, and, secondly, in some cases the image of the judges, especially in the higher judiciary, has not helped matters.

BBC listener from Dehra Dun: Since our country became independent, the curse of riots especially communal riots, has continued unchallenged. Is it not a joke on the judiciary that if you commit a single murder you could face death penalty, but in these cases of hundreds and thousands of murders, nothing happens?

Justice J.S. Verma: It is an irony, but unfortunately this perception today is getting stronger: bigger the crime you commit, higher the chances of escaping punishment. For this, I do not blame the judicial process, but I think those running this important arm of democracy are responsible. First of all, rioters are not arrested; if they are, the investigations against them are not conducted properly; and, the delay in deciding cases strengthens this feeling that there is no risk in committing bigger crimes. Time has come for making the judiciary accountable, and it could only be done by people’s greater participation in democracy.

Nagendar Sharma: But how can the judiciary be made accountable? After all, if there is any arm of Indian democratic system which lacks accountability, it is the judiciary.

Justice J.S. Verma:  Previously we had a judicial system which was working, and people had full faith and confidence in the judiciary. Taking into account recent disturbing trends, it is high time we enforced judicial accountability, but it should be done by the judiciary itself. Any external effort would be dangerous for the judiciary’s independence. The Supreme Court had passed three unanimous resolutions in this regard on 7th May, 1997, and they were sent to the then Prime Minister on 1st Dec, 1997, for making a law on judicial accountability based on these resolutions. Unfortunately it has not happened so far. Till the time a law is made, it would not be binding to enforce judicial accountability.

Nagendar Sharma: But how could accountability be ensured by the judiciary for itself?

Justice J.S. Verma: Of course it can be. Even now, the existing procedure is impeachment, even in that it is the committee of the judges which looks into the cause and reasons for impeachment. Wherever the motion is moved for example say Rajya Sabha, if the Deputy Chirperson asks for the inquiry, it is handed over to a committee of judges only !

Nagendar Sharma: But in the eye of common man, the respect for judiciary has gone down, from the days of judges like V R Krishna Iyer, today people don’t have the same confidence in judges’ names ?

Justice J.S. Verma: It is a matter of grave concern, and to be honest I cannot say for sure that such an impression on respect for the judiciary is wrong. The only answer for restoration of this respect is ensuring accountability. At the moment, except impeachment there is no other provision. And, frankly, impeachment does not work -- it is clear from the Ramaswamy case. Therefore, to ensure judicial accountability, a law would have to be made, and till a law is there, it would not be binding to follow these resolutions.

There should be a committee headed by the Chief Justice, with other senior judges as members, to look into allegations of any nature against judges. And if they find a fit case for inquiry, it should be ordered to decide appropriate action. This would bring about transparency in the judicial system, and on the other hand, would deter baseless complaints against the judges.

By my experience, I can say for sure that the number of those who are out to diminish the respect of judiciary is very less, but spare a thought for  the honest judges for a moment. If an allegation is baseless, there is no way that the judge in question, howsoever honest he may be, has any way of restoring his stature back, as it is not possible to file defamation cases everyday.

BBC listener from Jodhpur: My question is based on the committees and commissions formed by various governments to employ retired judges. When already a commission was probing Godhra incident and the riots that followed, don’t you think that committees such as that headed by  Justice U.C. Banerjee are lowering the judiciary’s respect?

Justice J.S. Verma: Without taking any specific names, let us look at the issue in its totality. My view is that any such commissions and committees must act quickly and submit their reports as soon as possible, as any delay defeats the very purpose of setting up the commissions or committees. When I was a sitting judge of the Supreme Court, I was entrusted the job to probe Rajiv Gandhi assassination, and I was able to submit the report within six months.  In my view, no judicial commission or committee should be in the eye of suspicion.

Nagendar Sharma: Coming back to the question of riots, whether we look at 1984 anti-Sikh riots or those which followed the Babri Masjid demolition or the Gujarat riots, is it not a matter of shame that culprits get away without any punishment?

Justice J.S. Verma: I do not hold this sort of impression wrong, nor am I angry with the common people who have become cynical and make such comments. All law enforcing arms, including the judiciary, have to be held accountable for this. I sincerely hope that the judges of higher judiciary, especially of the Supreme Court and the High Courts, would work fast to prove this impression wrong. I think the strict action taken by the Supreme Court in Gujarat riots cases needs to be followed by High Courts to maintain the trust of the people of India in this important pillar of democracy.

BBC listener from Delhi: When law is equal for all, then why do we see serious differences in high profile cases such as Best Bakery, Kanchi Shankaracharya and so on?  Apart from confusion it leads to tremendous delay...

Justice J.S. Verma: The Indian legal system is such where you have a hierarchy of courts -- if any party is aggrieved they have a right to go in appeal to the next higher court. The essence of any legal system is that justice should not only be done but be seen to be done. It is a well known and accepted principle of jurisprudence that appeals should be allowed. It could also be looked at as two honest  people reaching a different legal conclusion.

BBC listener from Patiala: Can anything be done to cut down the delays in decisions of cases?

Justice J.S. Verma: I think that this is the exact area where the maximum attention needs to be given, while being extremely careful, because if the number of judges is suddenly increased, then there is a danger of quality being compromised. Look at the root cause of the problem, the pendency rate is alarmingly higher in High Courts and the subordinate courts.

My solution would be to appoint retired High Court and session court judges as ad hoc judges, those who have had a good track record of speedy disposal of cases, to clear the backlog cases, while the current cases could continue normally to be heard by the other judges.

BBC listener from Gwalior : Sir, but what about cases such as Babri Masjid demolition and Best Bakery, where witnesses change their statements many times. Can such cases ever be decided?

Justice J.S. Verma: The only solution is speedy hearing of the cases. Once the hearing is quick, all things such as influencing of witnesses and so forth would be obviated. This would require active cooperation from all arms of law enforcing agencies and in this I would include the Bar, the lawyers, also. Similarly, the prosecution needs to put its act together. If you recall, while hearing the Hawala case, I had recommended autonomy for investigating agencies such as the CBI...

Nagendar Sharma: But there is political pressure on judiciary, as you had also hinted while hearing the Jain Hawala case?

Justice J.S. Verma: I can speak for myself. I have been a judge in the Supreme Court and High Courts for 26 years. I was a judge before emergency, during emergency and after that also. I never experienced any pressure. Attempts were made during the Jain Hawala case, my colleagues on the bench, Justice Bharucha and Justice Sen mentioned it to me, so I said it in the open court, and nobody tried anything after that.

Nagendar Sharma: There is a strong perception that law is only for the common man, that it does not apply to the rich and powerful.

Justice J.S. Verma: It is no doubt unfortunate that those who have power -- money or position -- often get away despite having committed wrongs as first of all they cannot be arrested and if they are nabbed, then cases against them are not registered properly, and, if at all cases are registered, the investigation is not carried out and finally the delay in hearing of cases ensures that conviction of the powerful does not take place.

Therefore it important for the people of the country to completely ensure that they do not elect criminals and hand over power to them. It is in the interest of the criminals that the entire law enforcing machinery does not work properly. Why would they want cases against them to be tried? That is why people’s participation in democracy would have to increase to check this.