Putin has been itching for a showdown with the US that he could win, and he thinks he has found it. It will prove costly to all concerned, most of all to Russia itself. 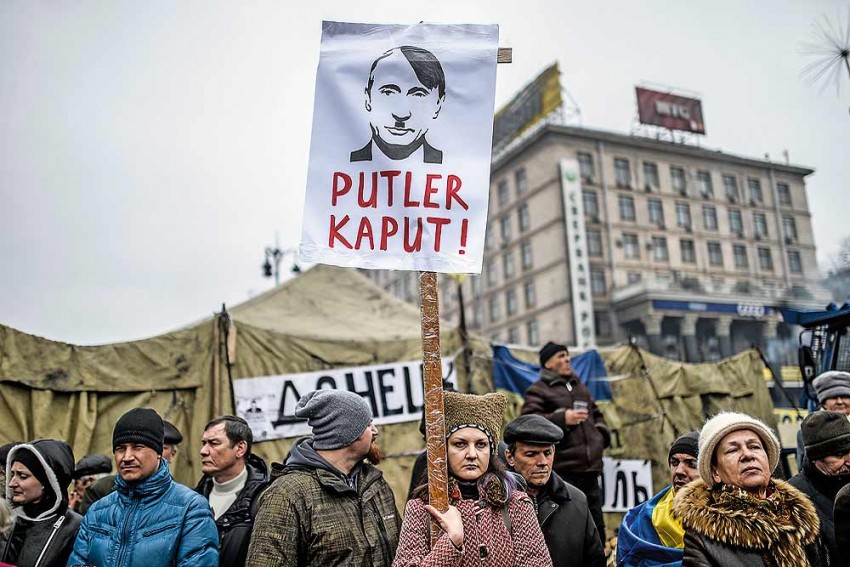 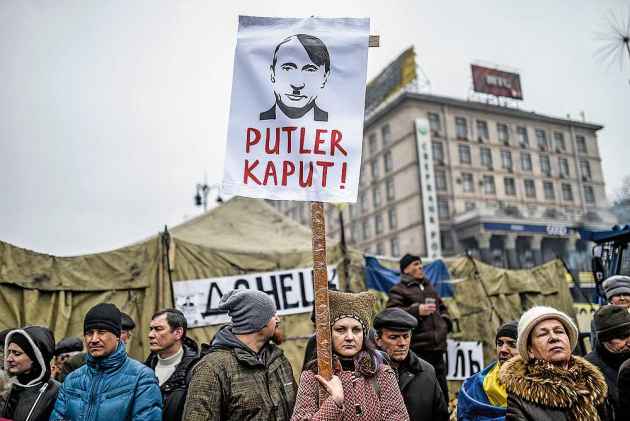 If, as seems all but certain, Vladimir Putin goes through with the annexation of Crimea, he will have will have opened a new and dangerous era of Russian international behaviour. He will have established, not just in doctrine but in action, his willingness and ability to redraw the map of Eurasia by force, unilaterally converting territory of another state into an integral part of his own country.

In response, the United States and much of the rest of the international community will have to adjust their own foreign, defence, trade and economic policies in ways that will be necessarily costly to all concerned, most of all to Russia itself.

Key Western and other governments will use the days ahead to impress upon Putin the penalties for what he is poised to do, though there is little chance of his accepting a negotiated compromise with Ukraine that leaves current borders intact, with Crimea governed from Kiev and not from Moscow.

The role of the United States will be all the more crucial if Putin is undeterred. For all the negative personal chemistry between Obama and Putin, there is still no substitute for US leadership at the highest level in the diplomacy now underway.

Nor is there any need for American policymakers to recalibrate their assessment of the Kremlin leader with whom they are dealing. The precipitating event of the current crisis— the upheaval that toppled Victor Yanukovych— was a classic “black swan” event, catching everyone, including Putin, by surprise. But Putin’s competitive view of the West had been evident since he emerged as a major figure in Moscow in the late 1990s, first as national security adviser, then prime minister, then acting president and, in 2000, elected president.

I dealt with him in each of those capacities. There were hints, even 14-plus years ago, that he was skeptical about the concept of US-Russian “partnership,” a word Mikhail Gorbachev had introduced in the context of his indispensable part in ending the Cold War. Boris Yeltsin accelerated and broadened the concept by removing Russian troops from the Baltic states; collaborating with the United States and the European Union in bringing peace to the Balkans; reaching a modus vivendi with NATO even as it admitted new members from the defunct Warsaw Pact and remnants of the USSR; and, more generally, taking steps toward integrating Russia itself into a undivided Europe.

Despite being Yeltsin’s handpicked successor, Putin saw his role not as building on the Gorbachev-Yeltsin legacy but downplaying it and, in some important respects, repudiating and reversing it.

In foreign affairs, the single most important policy Putin inherited from Yeltsin was unequivocal respect for the territorial integrity of Russia’s neighbours, notably those in “the near abroad”— that is, in the former Soviet space. At the time of the USSR’s breakup 23 years ago, Yeltsin insisted that the borders of the old Soviet republics would become the borders of the 15 new independent states. There was much grumbling at the time, especially about Ukraine— and, most of all, about Crimea. Yeltsin’s own vice-president, Alexander Rutskoi, cited Nikita Khrushchev’s gift of Crimea to Ukraine in 1954 as a one of the “harebrained schemes” that caused Khrushchev’s downfall a decade later, arguing that its transfer to Ukraine should therefore be annulled.

Yeltsin held the line on the status quo: There would be no territorial adjustments to align the political map with the ethnographic one or to correct historical anomalies. In effect, Yeltsin made what became the borders of an independent, post-Soviet Russia a red line that neither he nor his successors should ever cross.

By that decision alone, he helped spare the USSR as it disbanded the mayhem, ethnic cleansing and civil war that ravaged Yugoslavia under Slobodan Milosevi?, leading to NATO’s military intervention and Kosovo’s eventual secession from Belgrade’s rule.

If Putin forcibly separates Crimea from Ukraine and reunifies it with Russia, thus negating Yeltsin’s decision and commitment, he will be following the Milosevi? example— but with possible consequences that could jeopardize the territorial integrity of Russia itself.

Michael McFaul, an expert on Russia who until recently was US ambassador to Moscow, last week posed a rhetorical question: Will the Kremlin allow the ethnically non-Russian regions of the Russian Federation— say, culturally Muslim-majority areas like Chechnya, Ingushetia and Dagestan— to conduct referendums of their own on secession? The answer, of course, is “nyet.” But that will not be the end of the matter. Moscow’s stiffing of the non-Russian areas, its crackdown on their demands for self-determination, will further radicalize the area and tempt external terrorist forces to offer protection under a Caucasus Caliphate— essentially the rationale that Putin is using on what he sees as Russia’s obligation to extend security and citizenship to its kinsmen in Crimea.

Putin, however, is not focused on the future. Rather, he is using the upheaval in Ukraine to pay back the West— and particularly the United States— for what he sees as a quarter century of disrespect, humiliation and diplomatic bullying.

Putin has been itching for a showdown with the US that he could win, and he thinks he has found it.

With partnership no longer the catchword for Russia’s mode of operation, there is a temptation, at least by headline writers and commentators, to declare a new Cold War. But the current reality is different.

The Cold War was, at its core, a Manichaean struggle between two philosophies of political and economic governance. Putin’s Russia has not revived the vocabulary and catechism of Soviet communism, not least because “the dictatorship of the proletariat” is inconsistent with the adoption of state and crony capitalism along with the rise of the oligarchs.

But the spirit of dictatorship lurks in Putin’s embrace of what he used to call “managed democracy”— a concept that, in practice, allows the adjective to negate the noun— and “the vertical of power,” a term that makes mockery of Russia’s claim to being a federation.

In his search for some form of what Joseph Nye famously termed “soft power” to back up the hard power that he much prefers, Putin looks inward: He champions “Russian traditional values,” prominently including the conservative social norms of the Orthodox Church, with anti-gay laws at home and denunciation of Western decadence. In the new era, Russia’s policy will— by virtue of its size, military might and vast natural resources— have global ramifications. But the Kremlin’s preoccupation will be with Eurasia and, especially, Russia’s own periphery. Russia shares borders with 14 states. That leaves plenty of room for trouble down the road for Russia’s neighbours— and for Russia itself.

Interestingly, the only one of those neighbours that has tilted somewhat in the direction of supporting what Russia is doing in Ukraine is the largest, with the longest shared border— China. That is in part because China wants to remain close to Russia in countering US influence and, like Putin, the leaders in Beijing hate— and fear— color revolutions and regime change accomplished through people power. At the same time, China, with its restive minorities in the east, does not want to be in the position of endorsing secession based on ethnicity and language. However, it is possible that if the day ever comes that the USSR goes the way of the old Soviet Union, hiving off southern and eastern parts of the megastate, China might see an opportunity for aggrandizement in the Russian Far East. That would be just one more tragic irony for Russia, for which Putin will be largely responsible if he seizes Crimea.

Strobe Talbott is president of the Brookings Institution and chairman of the State Department’s Foreign Affairs Policy Board. Deputy Secretary of State in the 1990s, he was President Bill Clinton’s point man on the former Soviet Union. He is the author of The Russia Hand: A Memoir of Presidential Diplomacy. He was the first director of the Yale Center for the Study of Globalization.   Rights:Copyright © 2014 The Whitney and Betty MacMillan Center for International and Area Studies at Yale. Courtesy: YaleGlobal Online