'The Party Has Committed Suicide' 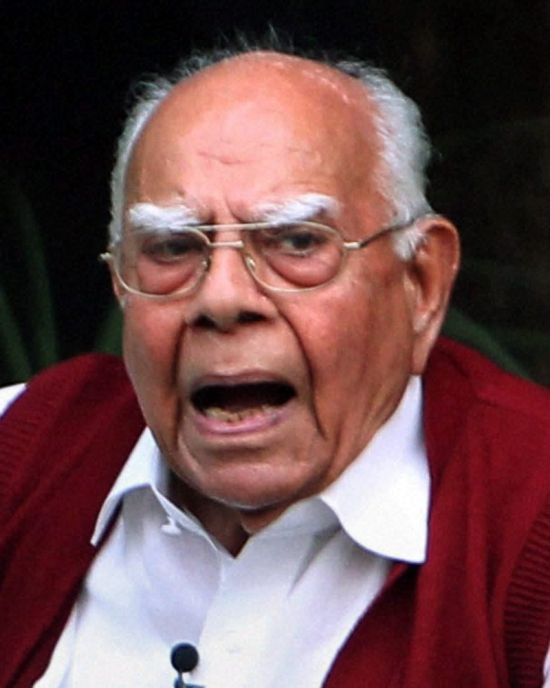 I have been communicated the contents of your so called order of expulsion of 28th May, 2013. I had myself written a long letter to the Party President before leaving India on 10th May for my holidays. There is no reference to any of my letters and the contentions therein. This itself shows that there is no cause of expulsion.

I have been out of the Party at least from 2004, if not earlier. In 2010, the Party approached me with a request to join. At that time, I made it very clear that the Party knows my views on all problems facing the nation. The Party has no right to change me but I have the right to change it.

There are, doubtless, undesirable persons within the Party who are determined to destroy its image for integrity and attachment to national service. You have not referred to the letters written even before the expulsion notice was received by me and those written on more than one occasion after the actual service of the show cause notice. I have pointed out that disciplinary powers under the constitution are vested in the Disciplinary Committee. You do not have a Disciplinary Committee. Your action shows incompetence and contempt for law. I will leave you to the judgment of the nation. Of course, I will release all the letters which I have written to you time to time after the service of the show cause notice. I had asked for some documents which are referred to in some rules of your Party. They were never supplied inspite of demand and I wanted a hearing which has been denied. If it was not my life’s mission and the only political desire left in me that the present ruling government must be knocked out, I would have certainly exposed the undesirable elements within the Party in detail. They are helping to keep the corrupt government in power. I do not wish to weaken the fight against the corrupt even by exposing the undesirable elements who have acquired control of the Party.

By this stupid order of expulsion, the Party has committed suicide. It will only bring joy to our corrupt rulers and few of their corrupt collaborators within the Party. If you are determined to commit suicide, even the gods cannot salvage you.

I have no desire to interrupt my hard earned vacation and relaxation. I thought that the Party’s debacle in Karnataka will compel some introspection but the destroyers of the Party have won. I am referring to those within the Party.

I will, however, decide my further course of action after assessing the response of the public and I may turn up earlier if I find it necessary. 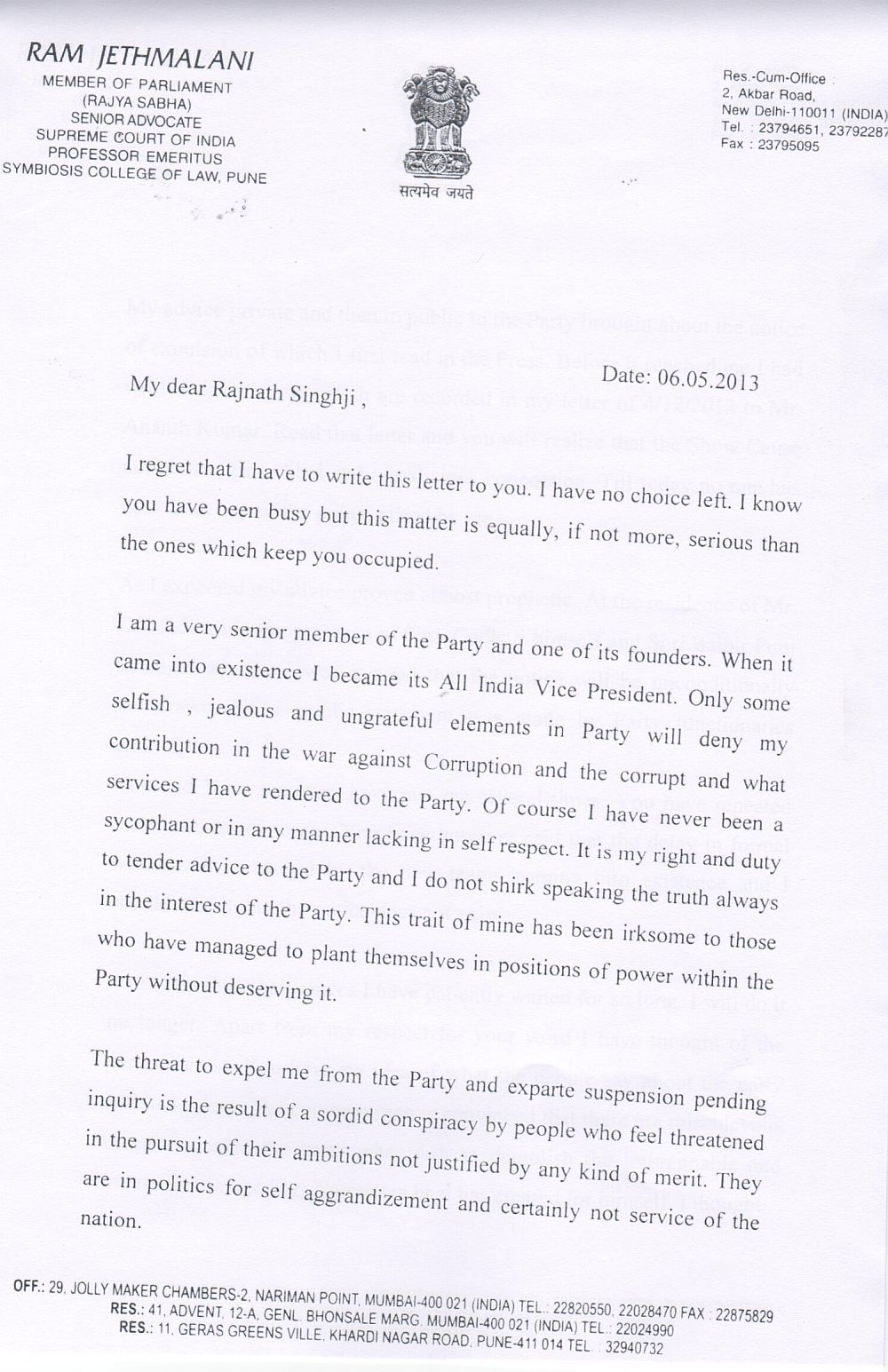 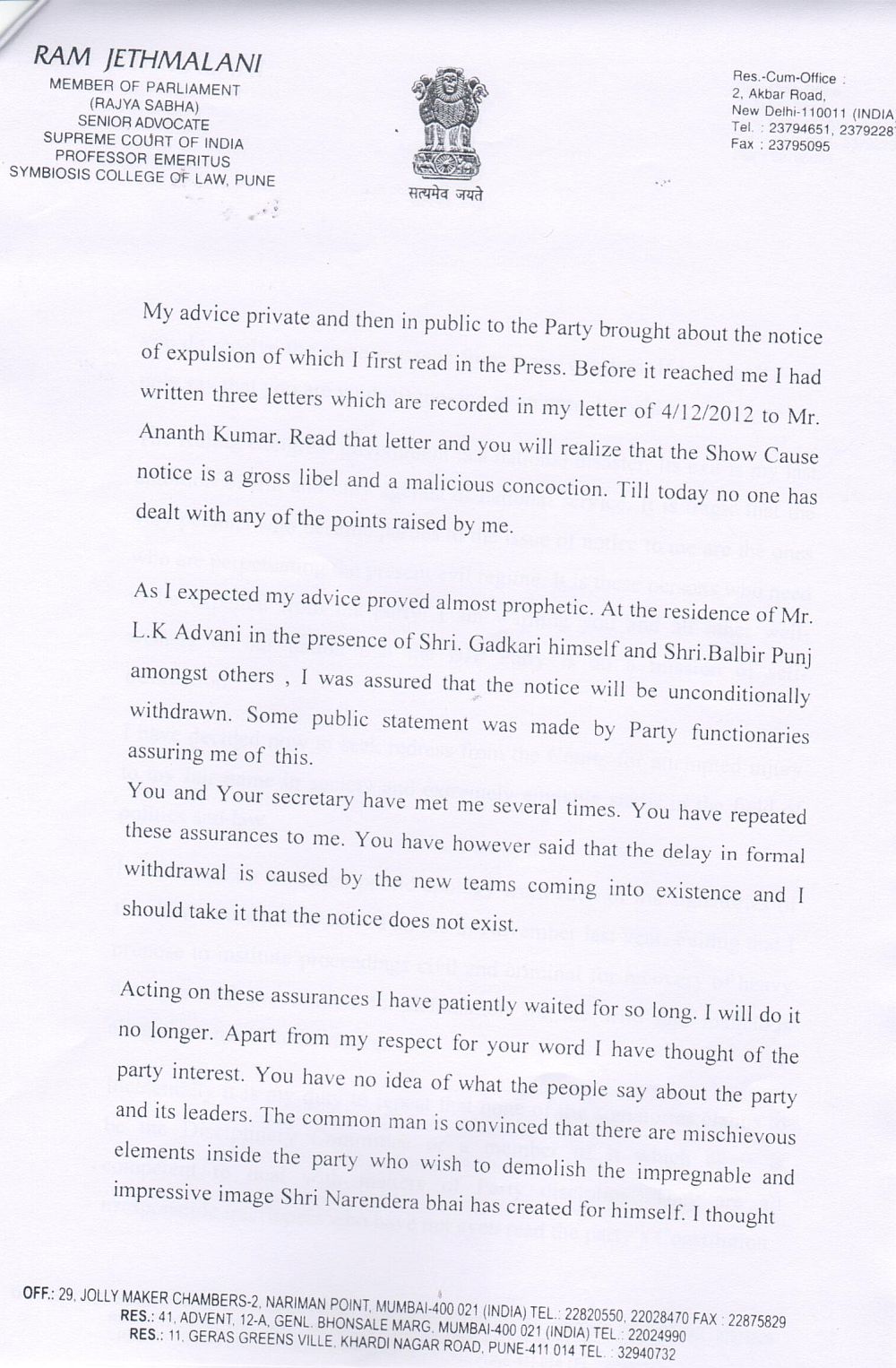 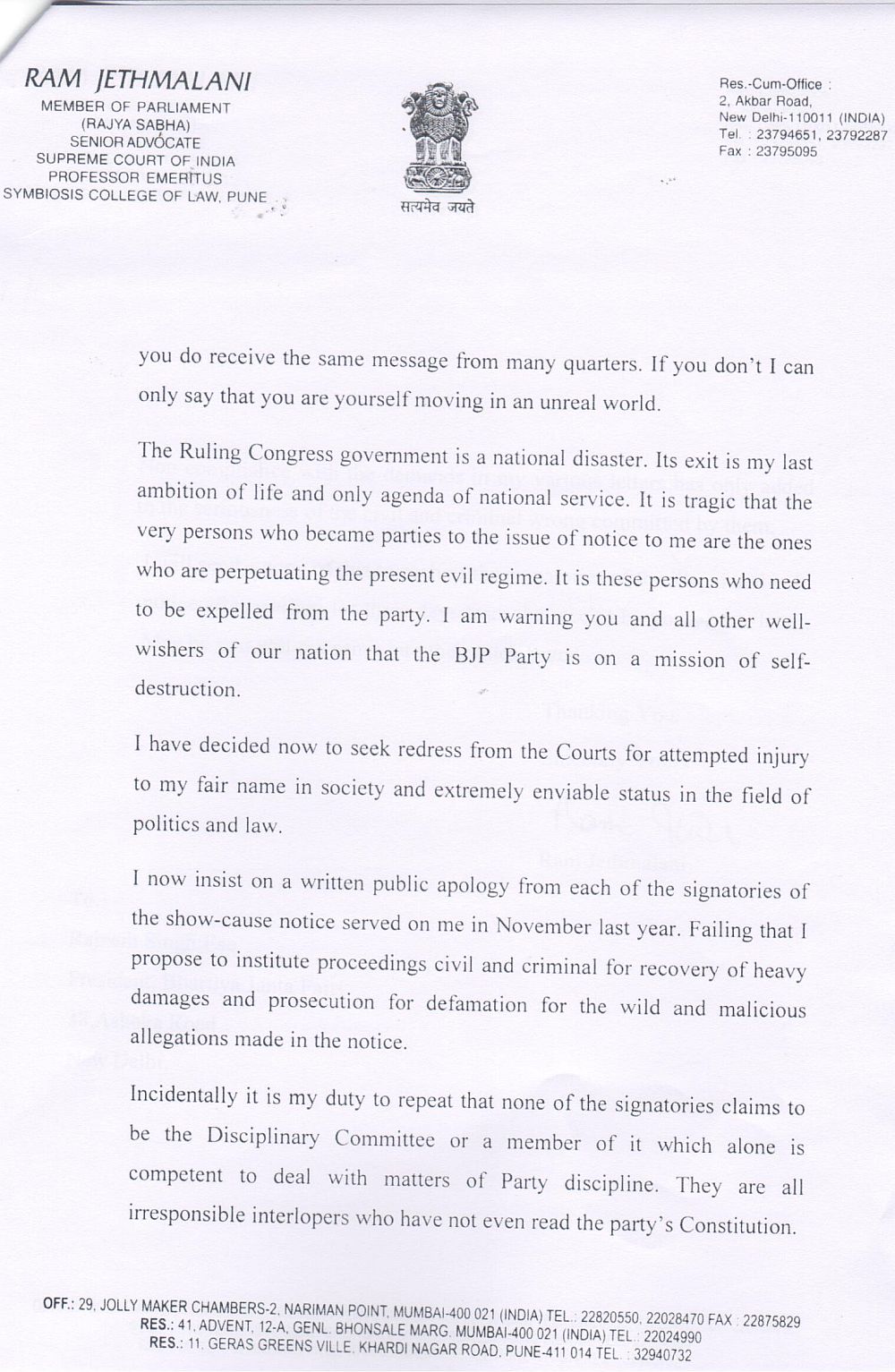 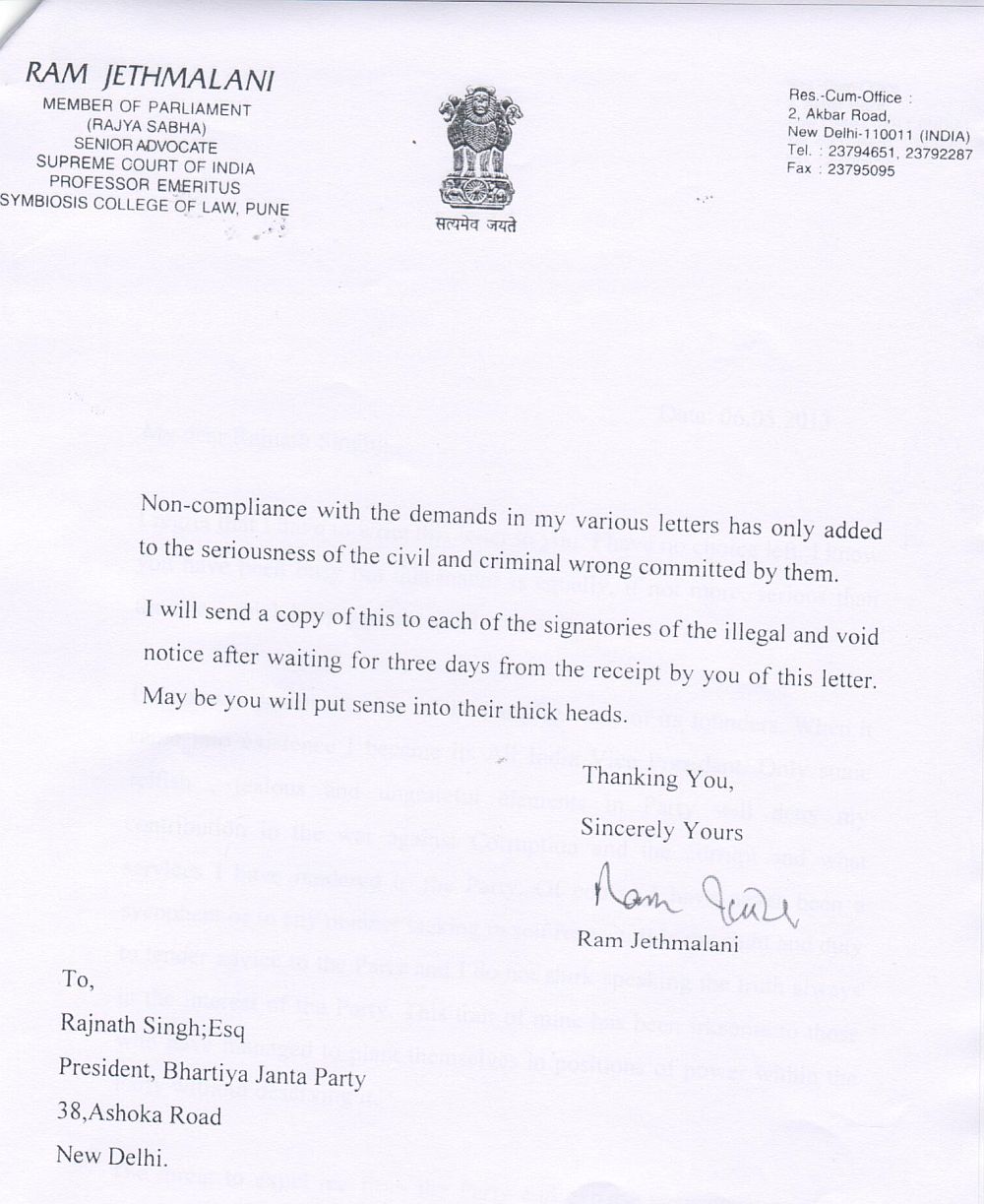 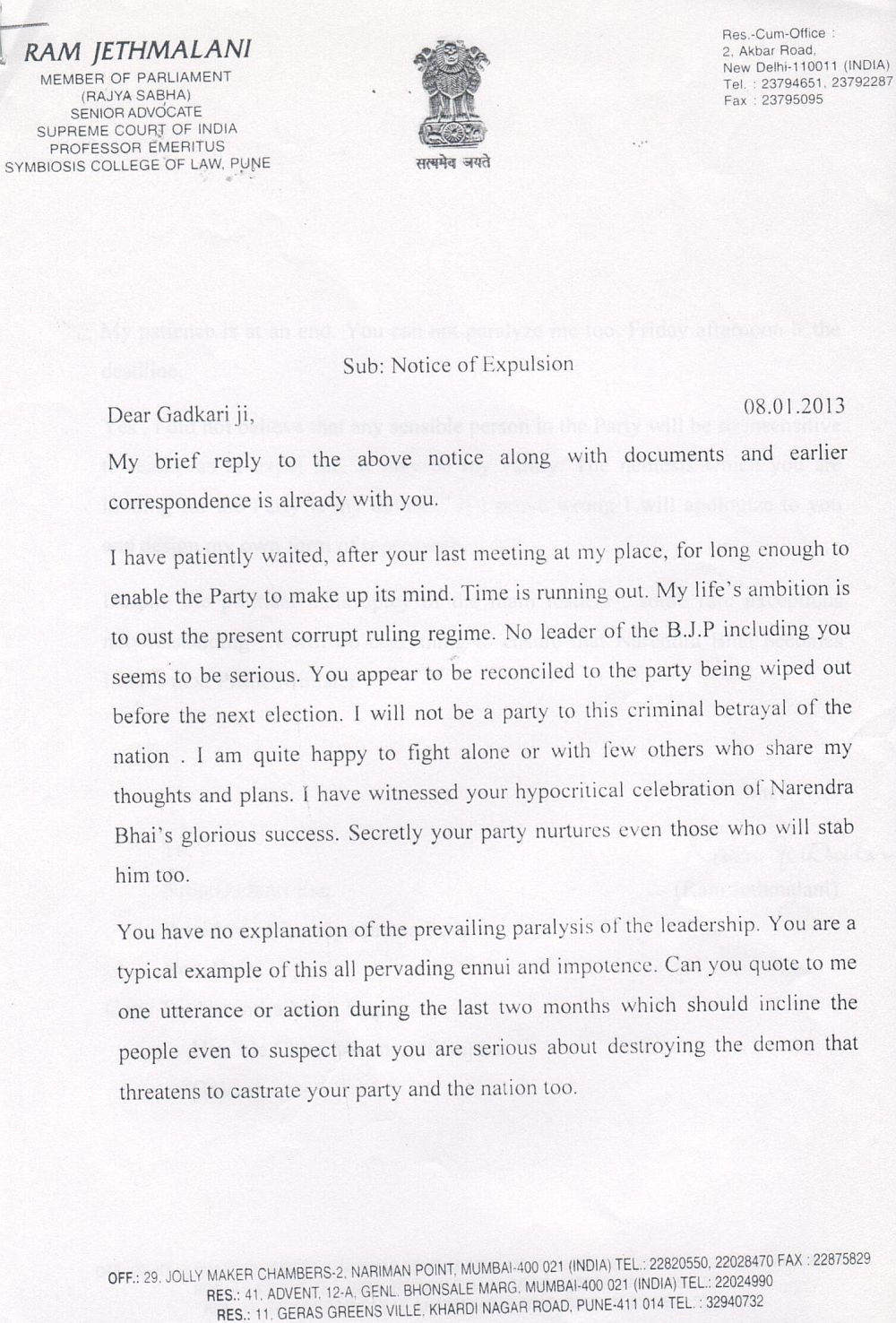 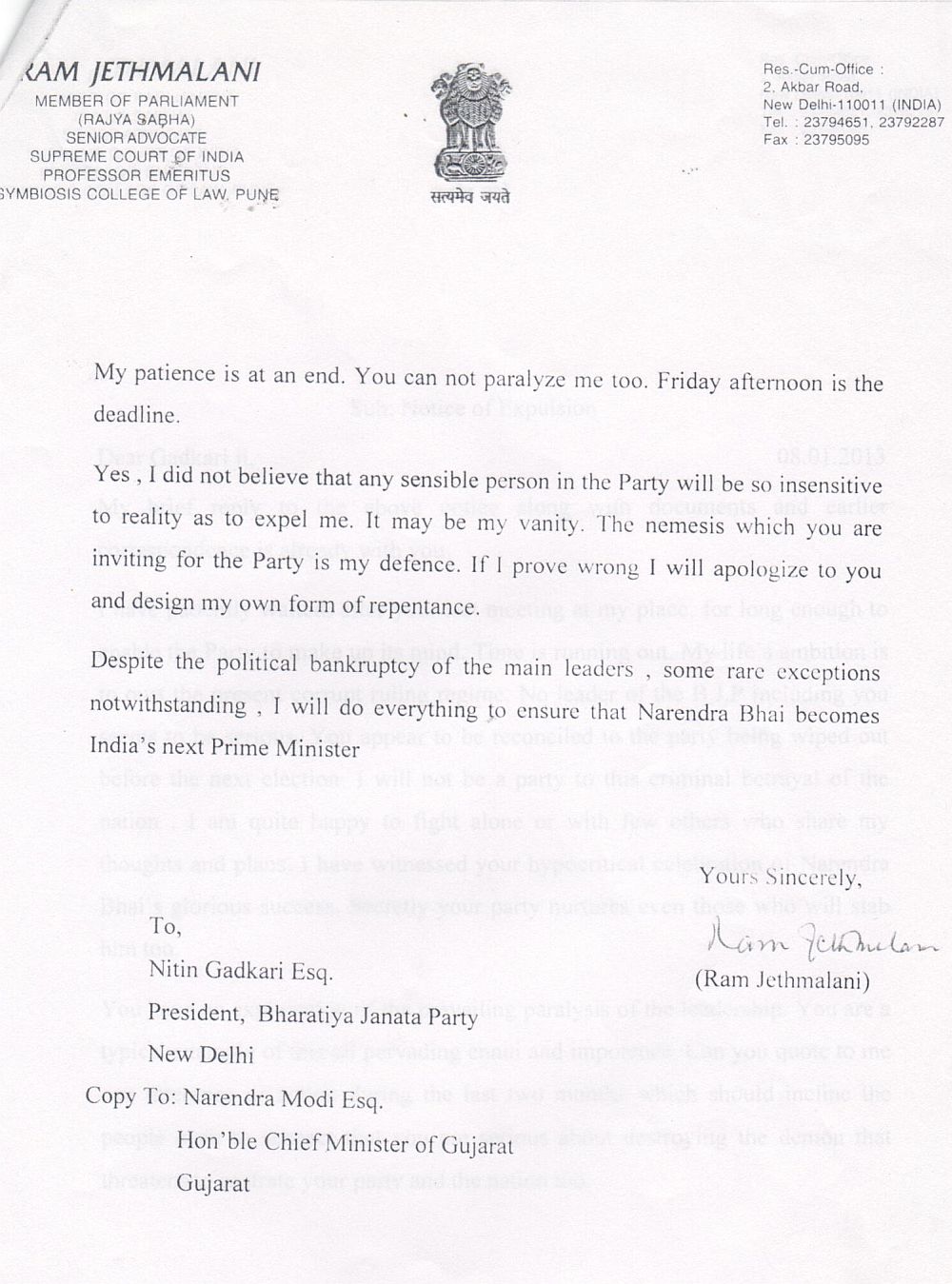 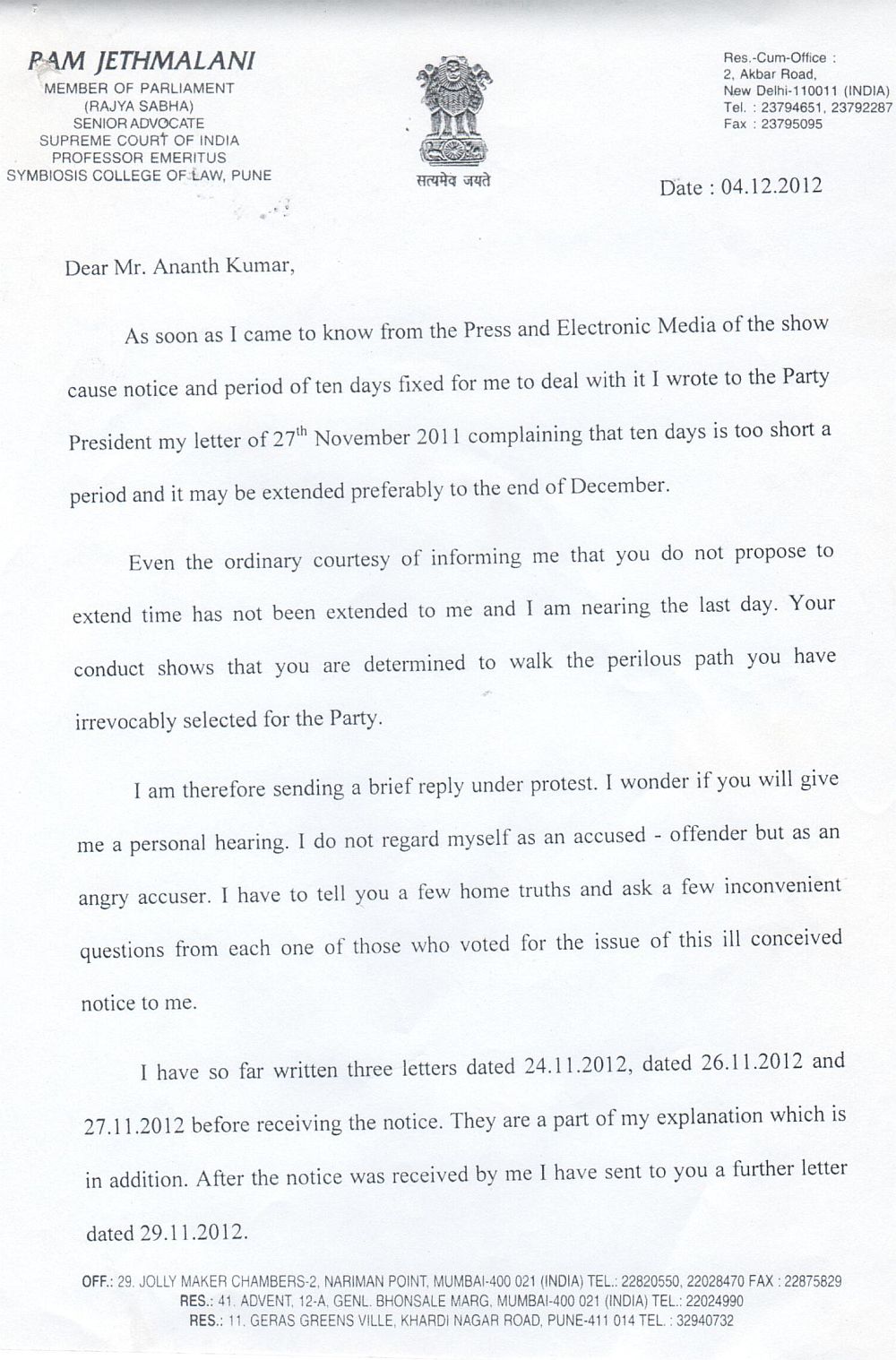 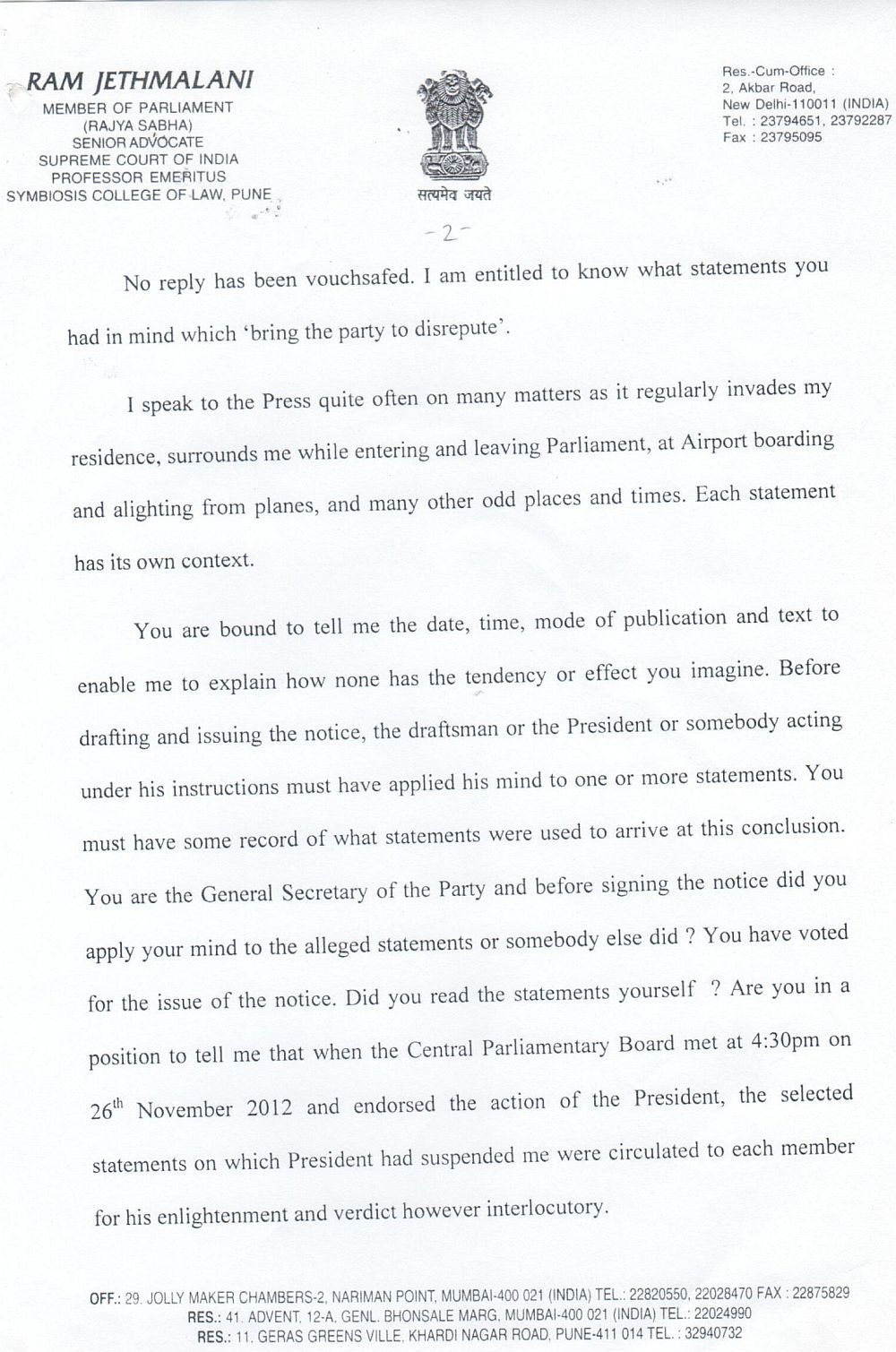 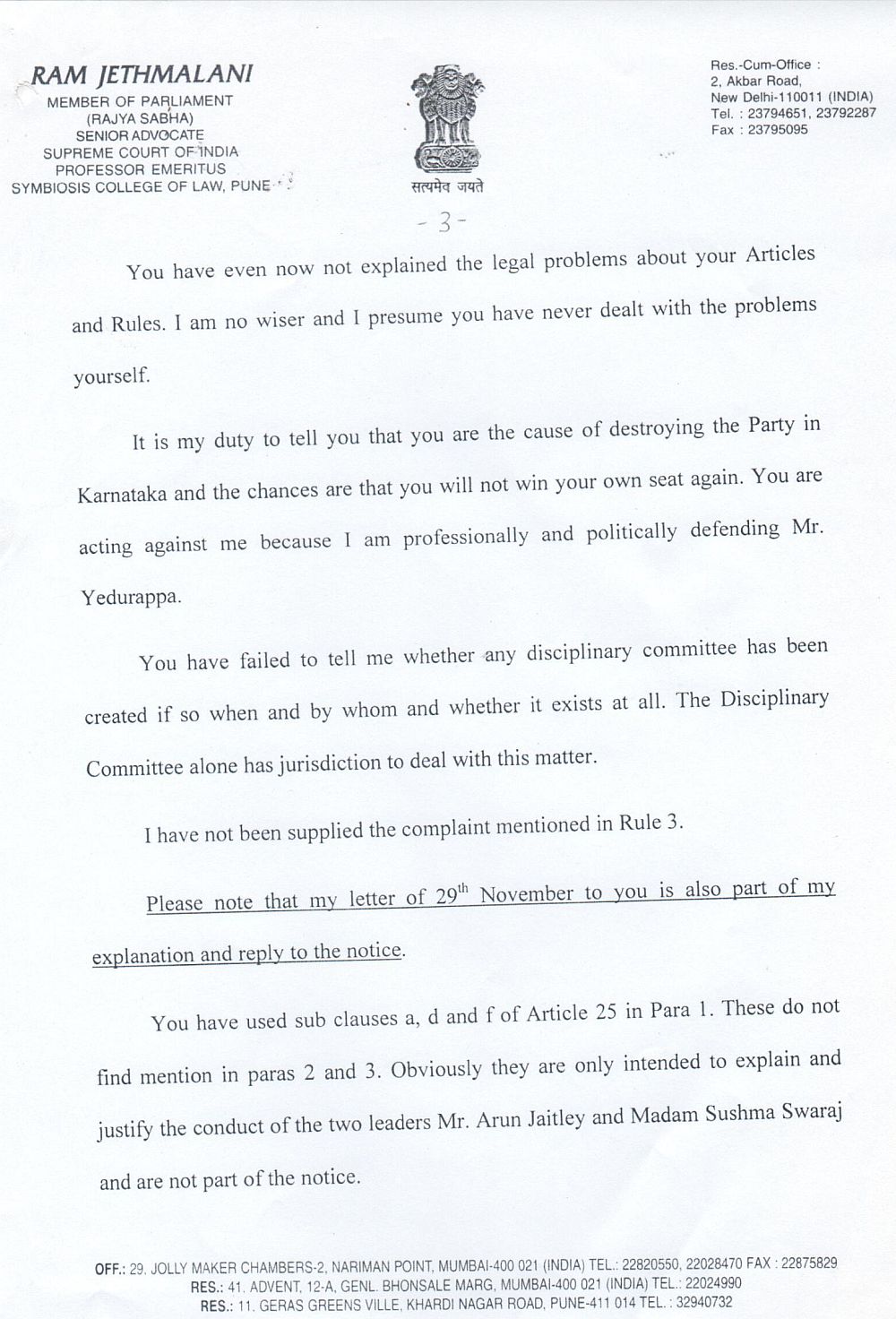 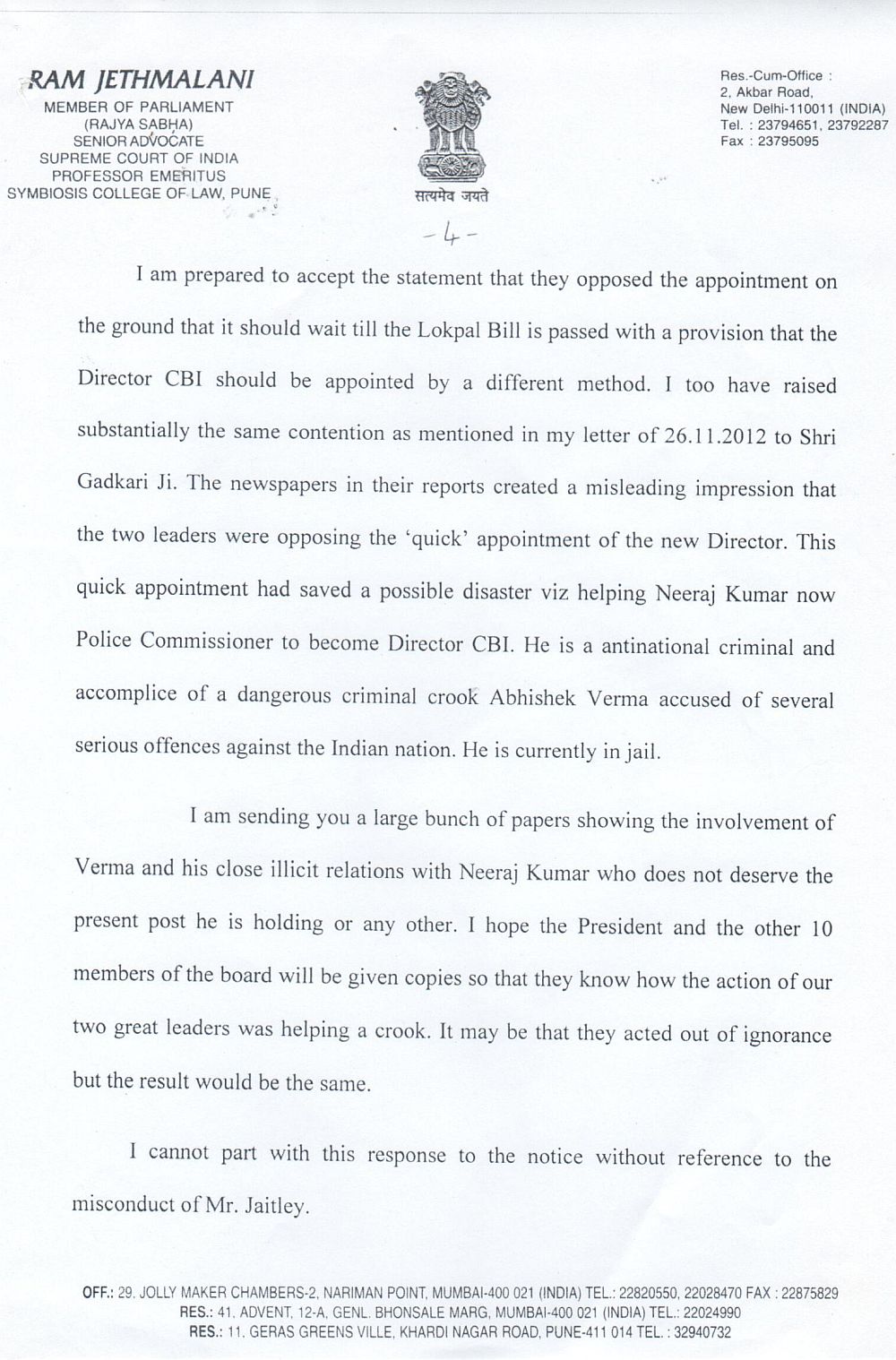 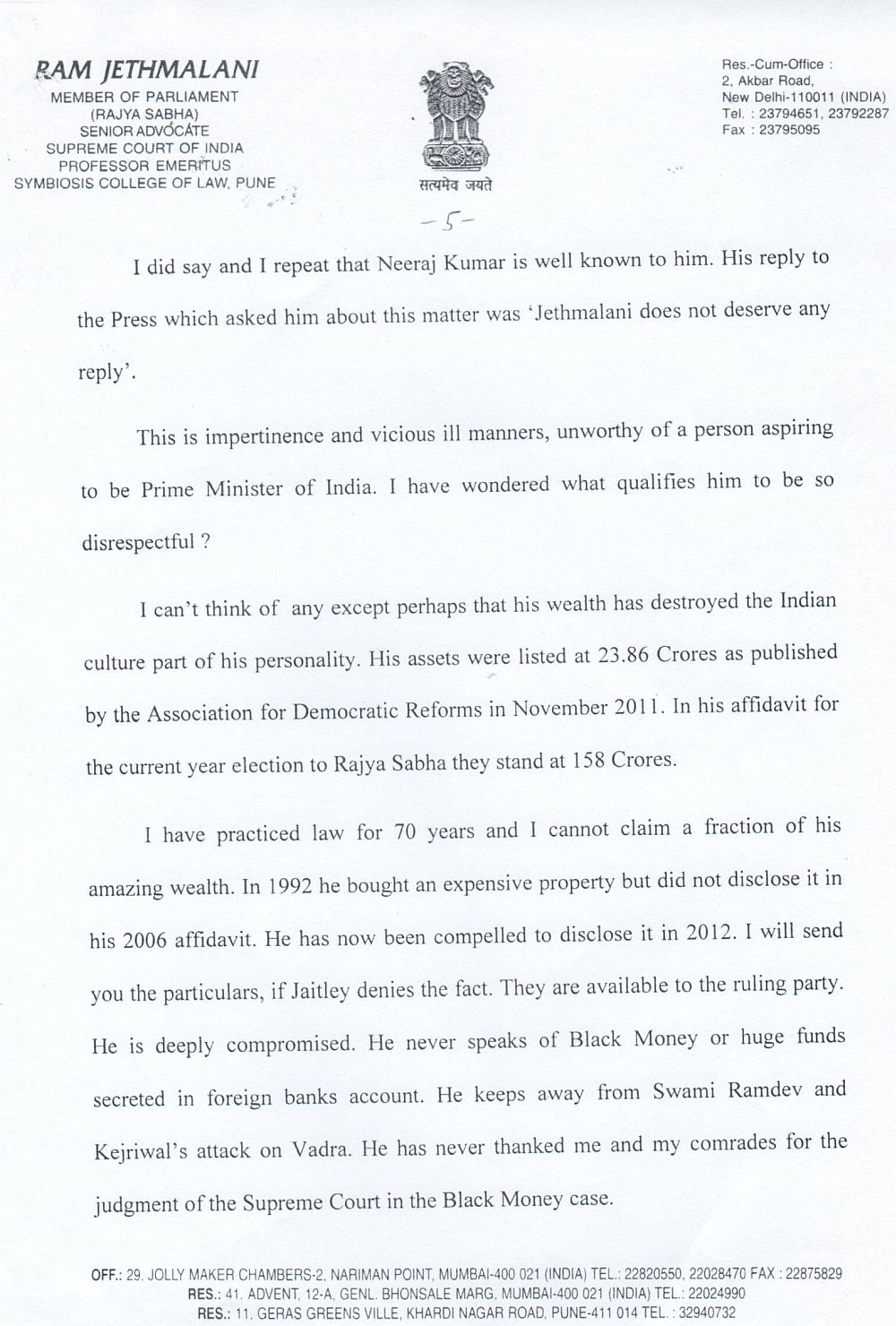 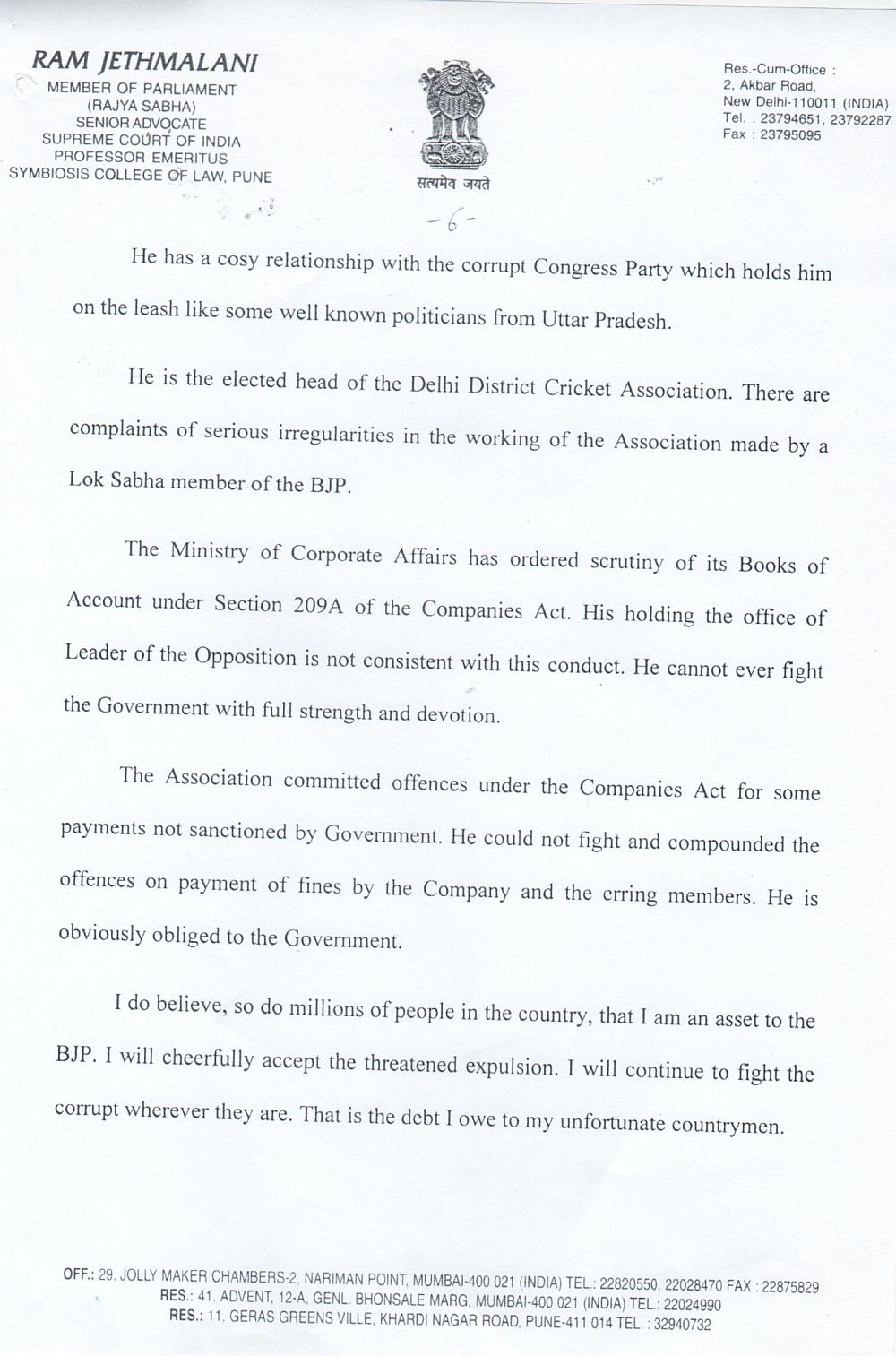 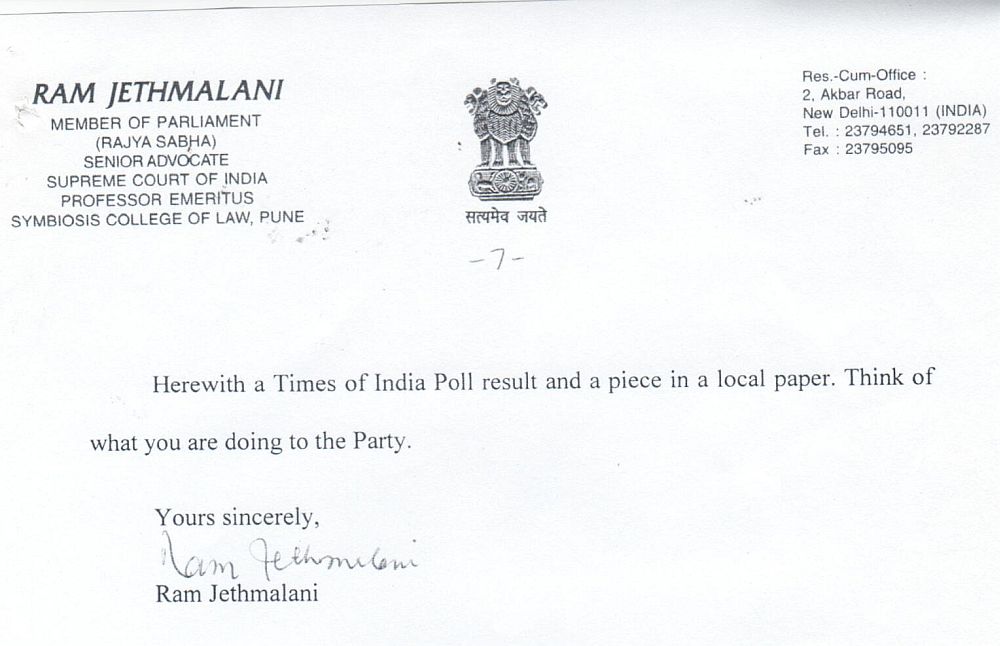 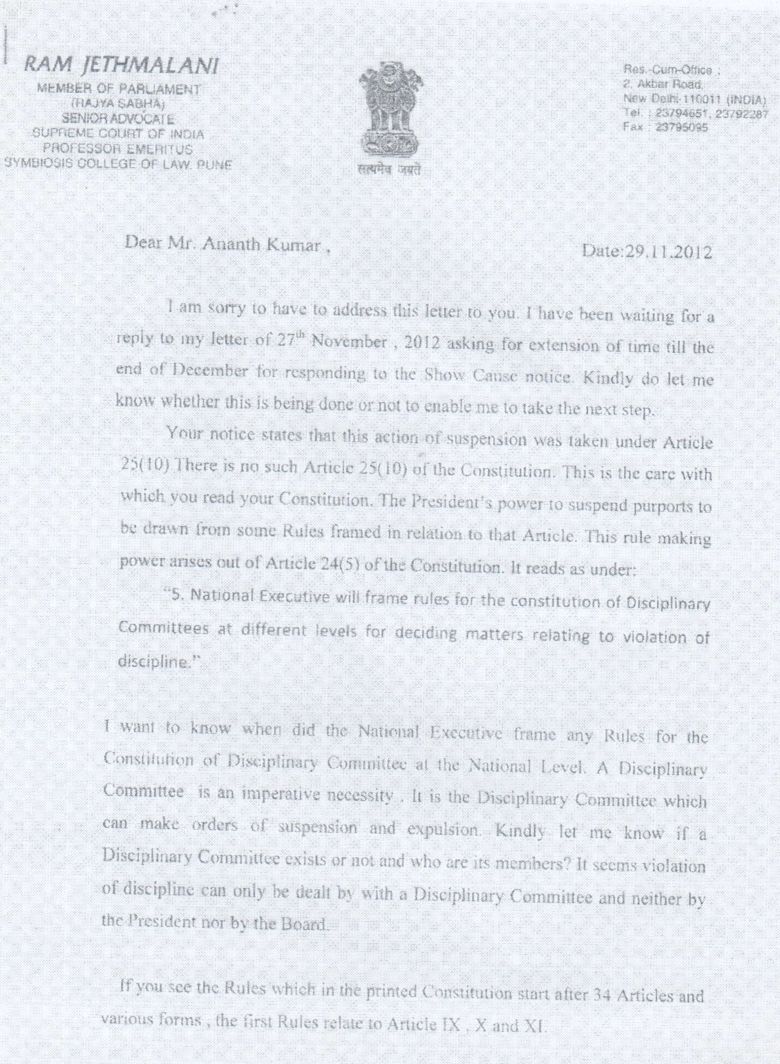 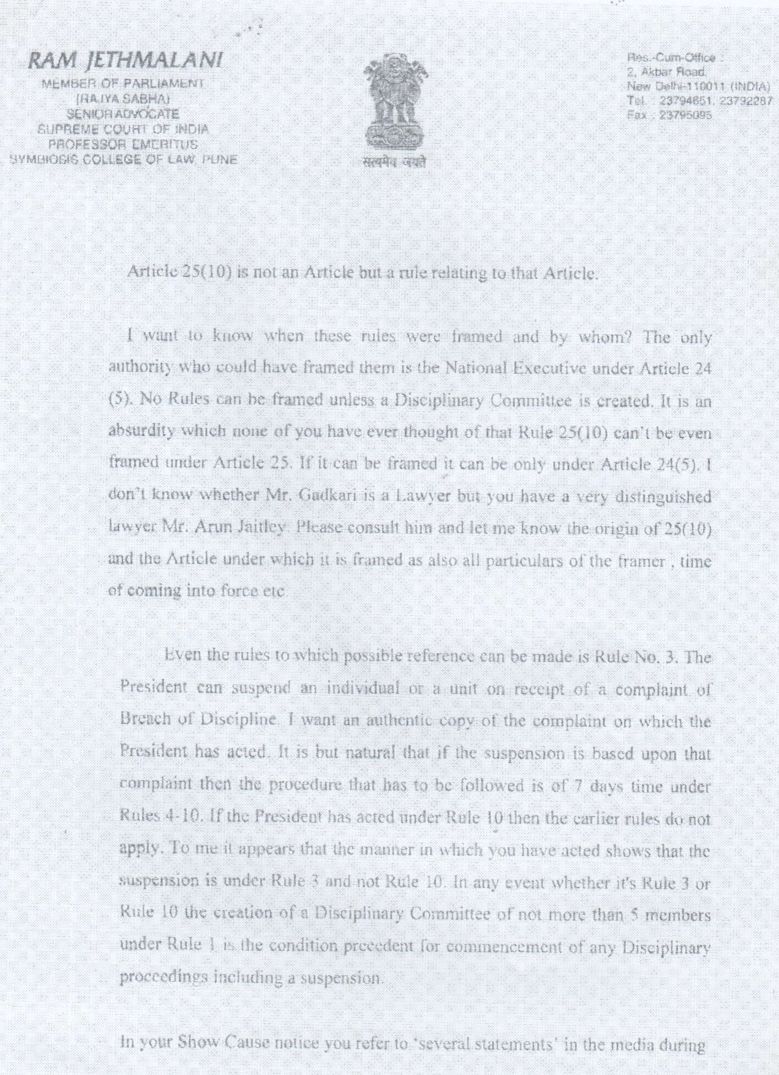 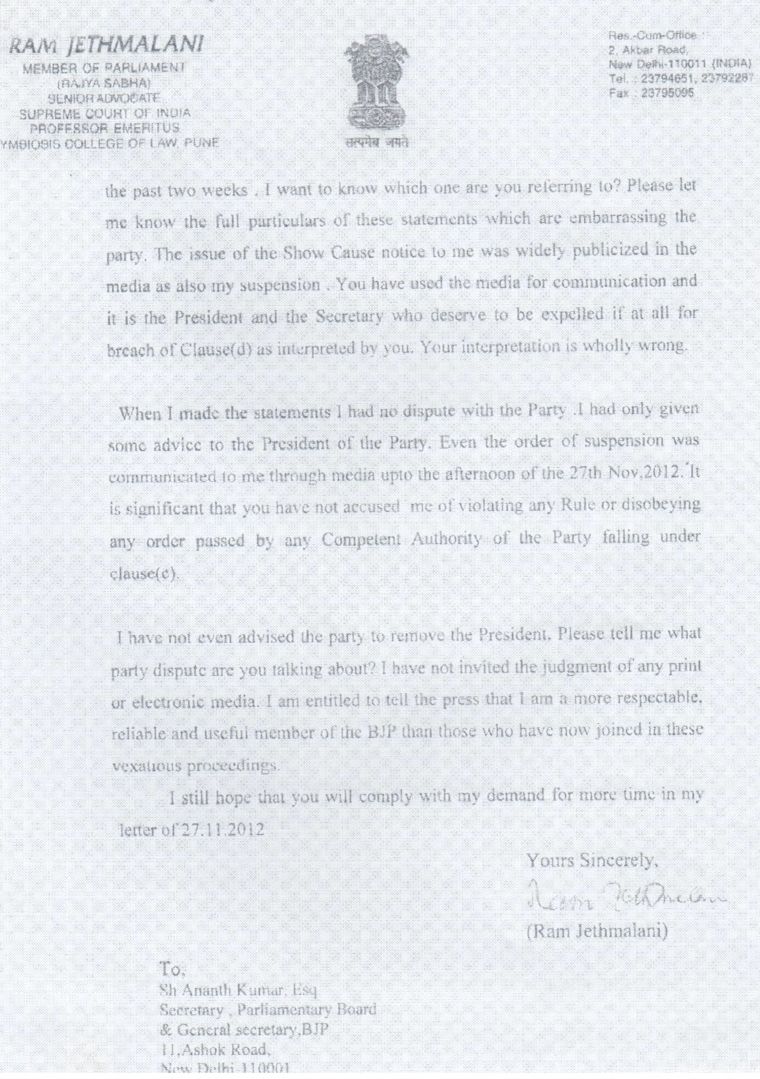 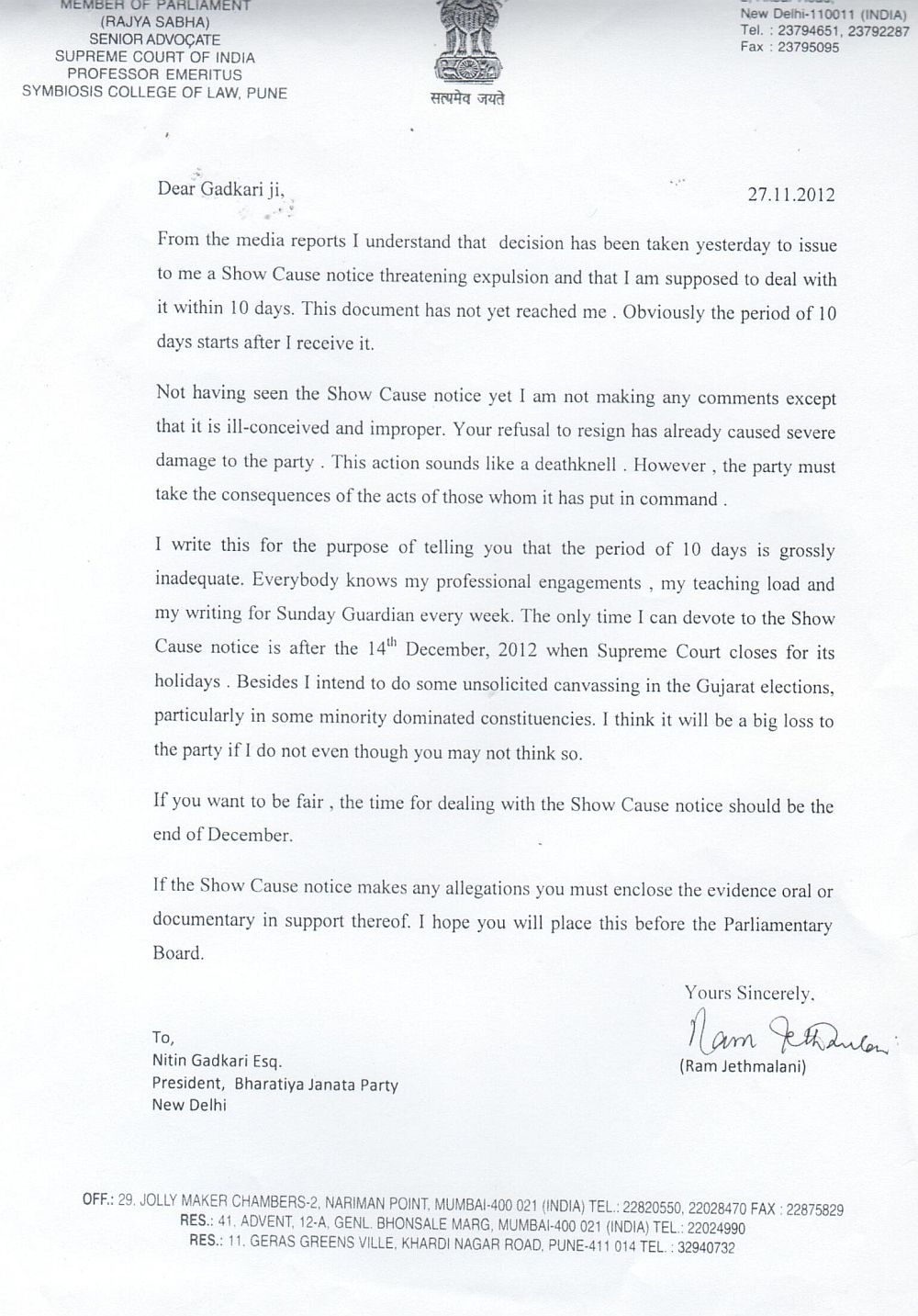 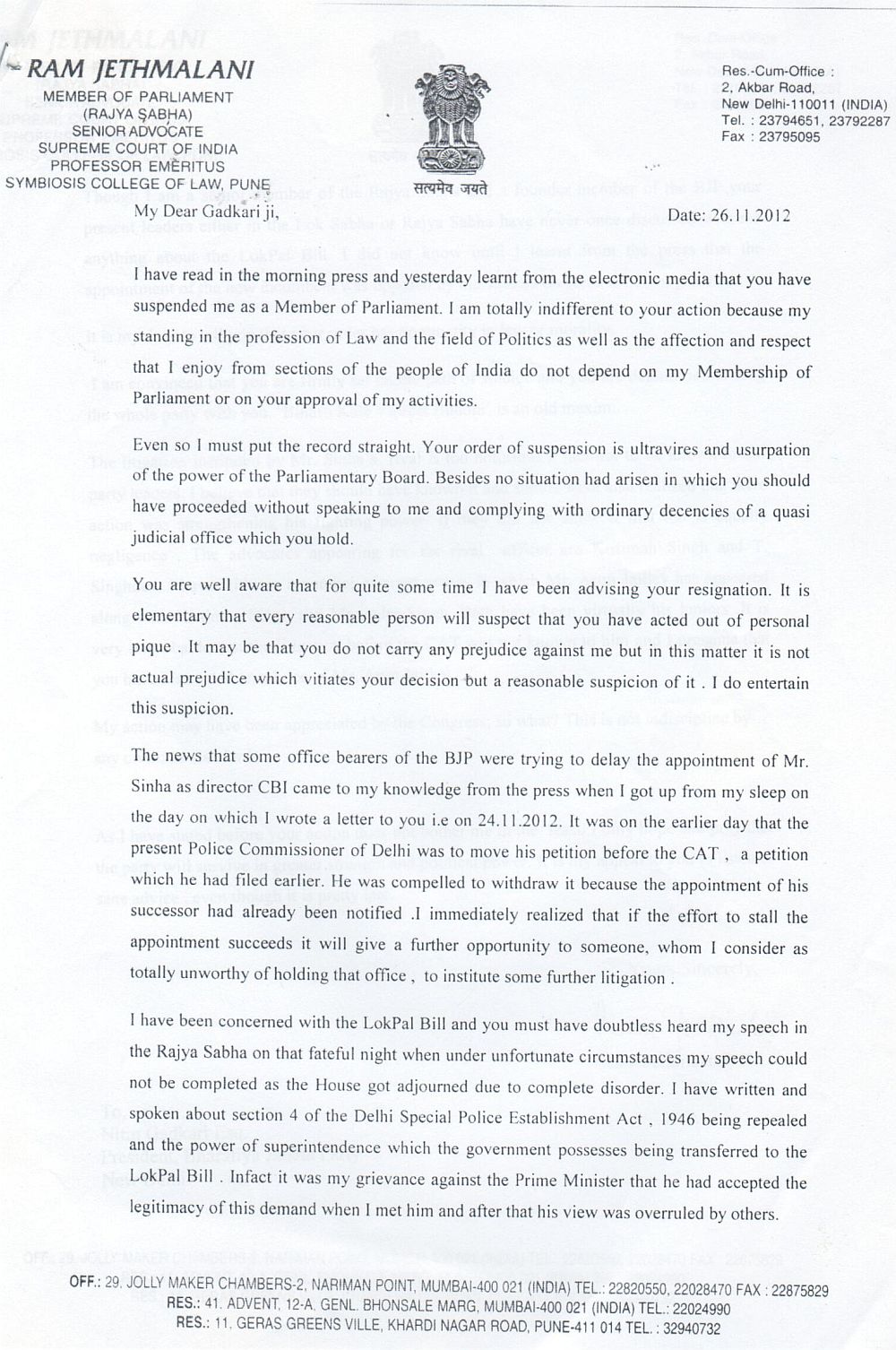 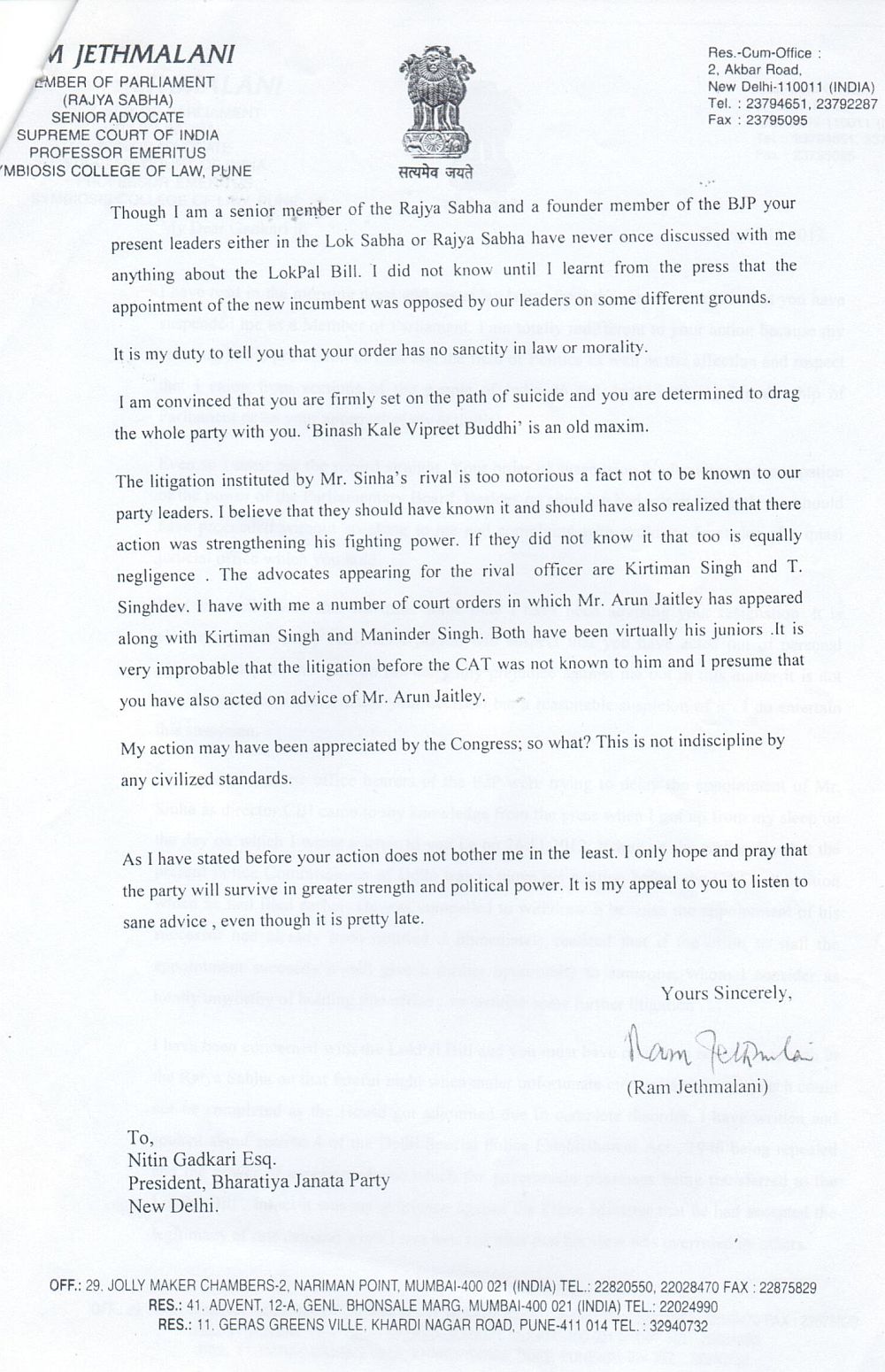