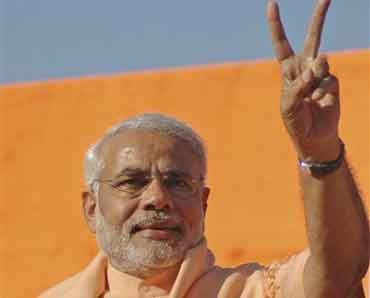 SCs & STs
The number of SC and ST candidates who emerged triumphant this year stood at 13 and 28 respectively.

Muslims
The number of Muslims in Gujarat Assembly has marginally increased from three to five, all of them belonging to the Congress. The Muslim candidates have won from Wankaner (Pirjada Mahmadjavid Abdulmutlib), Shahpur (Shaikh Gyasuddin Habibuddin), Kalupur (Shaikh Mohammad Faruk Hussainmiya (Faruk Shaikh)), Jamalpur (Khedawala Sabirbhai Abdulkarim (Sabirbhai Kabliwala)) and Vagra (Iqbal Patel) constituencies. Muslims have a considerable population in about 14 constituencies of the state. While Congress had given tickets to six members of the Muslim community, BJP did not field a single Muslim candidate out of the total 182 seats it contested. In the 2002 Assembly elections, Muslim candidates had registered victory from Kalupur, Jamalpur and Vagra constituecies.

Five BJP Ministers Lost
The prominent BJP ministers who lost in the elections include Revenue Minister Kaushik Patel (Shahpur seat of Ahmedabad), Urban Development Minister in Modi's government I K Jadeja (from Dhrangadhra) and Tribal Development minister Prabhatsinh Chauhan who had contested from Godhra. All of them lost to their Congress rivals.